2015-2016 Season to Feature Commissions, Collaborations and Premieres with Artists from Around the Globe

The Apollo Theater today announced its 2015–2016 season, encompassing world premieres, commissions, and collaborations with world-class performing arts institutions and international artists working across a range of disciplines and genres— from dance and theater to jazz, soul, and opera. 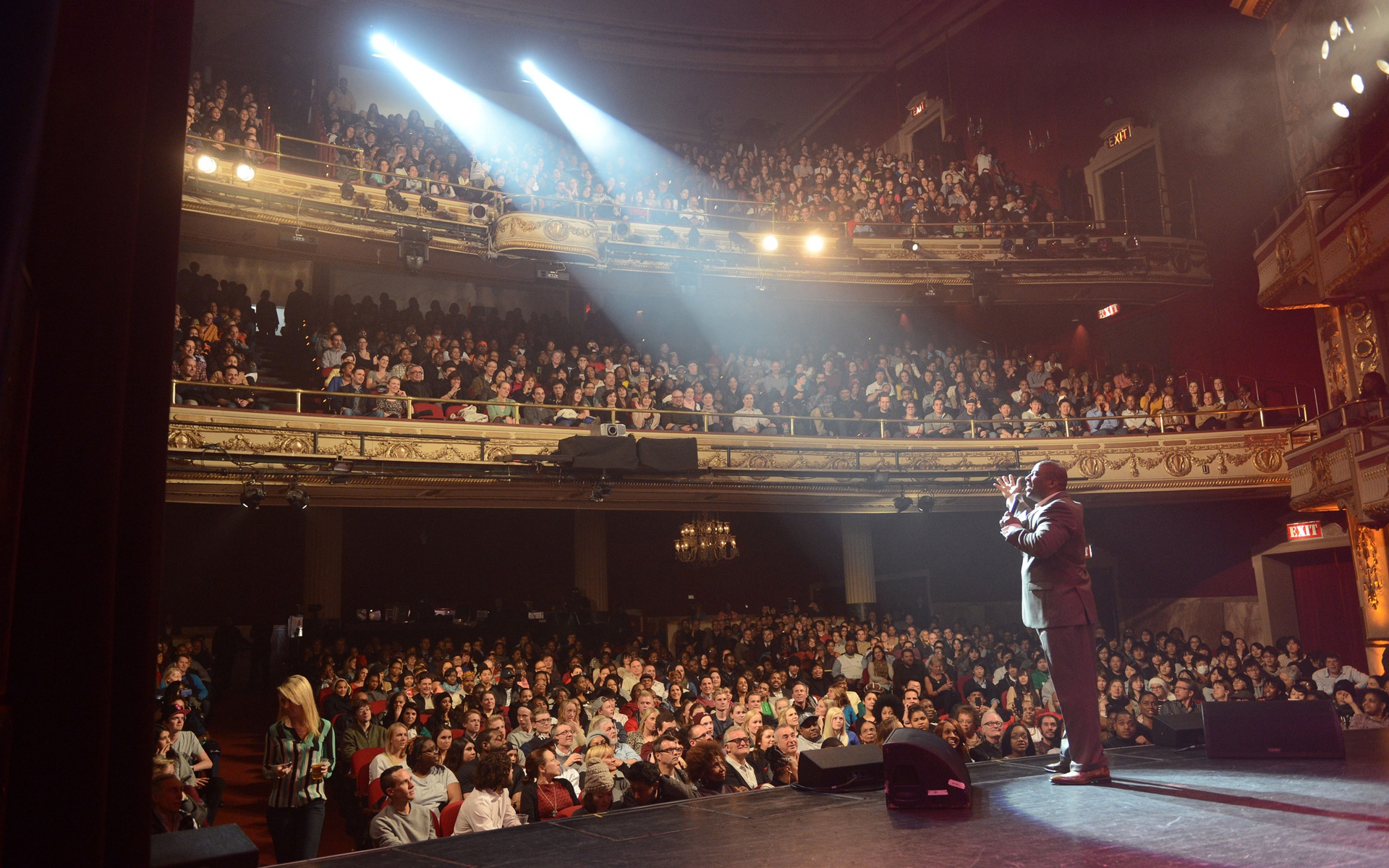 The Apollo Theater today announced its 2015–2016 season, encompassing world premieres, commissions, and collaborations with world-class performing arts institutions and international artists working across a range of disciplines and genres— from dance and theater to jazz, soul, and opera.

The Theater will produce more than 100 performances for the new season (a record for the Theater), extending the nonprofit institution‘s commitment to supporting emerging and established artists from Harlem and around the globe, providing a home for artists to explore and push the boundaries of their respective forms.

The season begins with the return of Breakin’ Convention, a global celebration of hip-hop dance theater culture curated by hip-hop theatre spoken-word artist and director Jonzi D, featuring a new work by acclaimed choreographer Rennie Harris, currently in development as part of the Apollo‘s new works incubation program Salon Series. Additional highlights include: The New Orleans Jazz Weekend and Masquerade Party, the first presentation of the Theater‘s multi-year partnership with newly appointed Jazz Artist-In-Residence Irvin Mayfield and his New Orleans Jazz Orchestra, returning to Harlem for the New York concert premiere of the new collaboration CD Dee Dee’s Feathers and performing with legendary jazz vocalist Dee Dee Bridgewater; a new ballet by renowned Brazilian choreographer Fernando Melo, co-commissioned with the Apollo and Ballet Hispanico — Beautiful, Also, is the Sun; a celebration of the Jazz à Vienne Festival‘s 35th anniversary with Je Suis Soul!: A Salute To French And African Jazz And Soul featuring many of French soul‘s most celebrated artists Manu Dibango, Ben l’Oncle Soul with the Monophonics and Les Nubians; The Classical Theatre of Harlem presents the world premiere of The First Noel by Lelund Durond Thompson and Jason Michael Webb; and the first opera presented on the Apollo‘s Mainstage, the New York premiere of Charlie Parker’s Yardbird co-produced with Gotham Chamber Opera and Opera Philadelphia. Additional details follow below.

"Our 2015/2016 season looks to contemporary and uniquely American forms of expression, as well as to some of the genres developed on our legendary stage," said Mikki Shepard, Executive Producer of the Apollo Theater. "The season also marks three 'firsts‘ for the Theater—the first presentation by our newly appointed Jazz Artist-in-Residence, Irvin Mayfield; our first ever Mainstage opera performance; and our first ballet commission. We will be presenting more than 100 performances next season, and are so thrilled to continue expanding our support of artists at all stages of their careers from around the world, welcoming back many whom we‘ve helped nurture over the years, alongside those new to the Apollo and our audiences."

The season will also feature the Apollo‘s signature series Amateur Night and Apollo Music Café, which showcases boundary-pushing, emerging and mid-career artists in an intimate club-like setting on the Theater‘s Soundstage. A cornerstone of the Harlem community, the Apollo will also present public conversations, education programs for students and families, and other community events to complement the season‘s artistic offerings. Tickets for the season go on sale Friday, May 15, 2015.

2015-2016 Season to Feature Commissions, Collaborations and Premieres with Artists from Around the Globe