The High Museum of Art continued to expand its collection in 2017 with the addition of artworks in all seven curatorial departments, including major acquisitions that demonstrate continued commitment to exploring the diverse artistic and cultural perspectives of art from the American South. Recently acquired works build on the Museum’s existing strengths and represent important growth across periods and genres. The acquisitions will be featured prominently in a collection reinstallation planned for fall 2018. 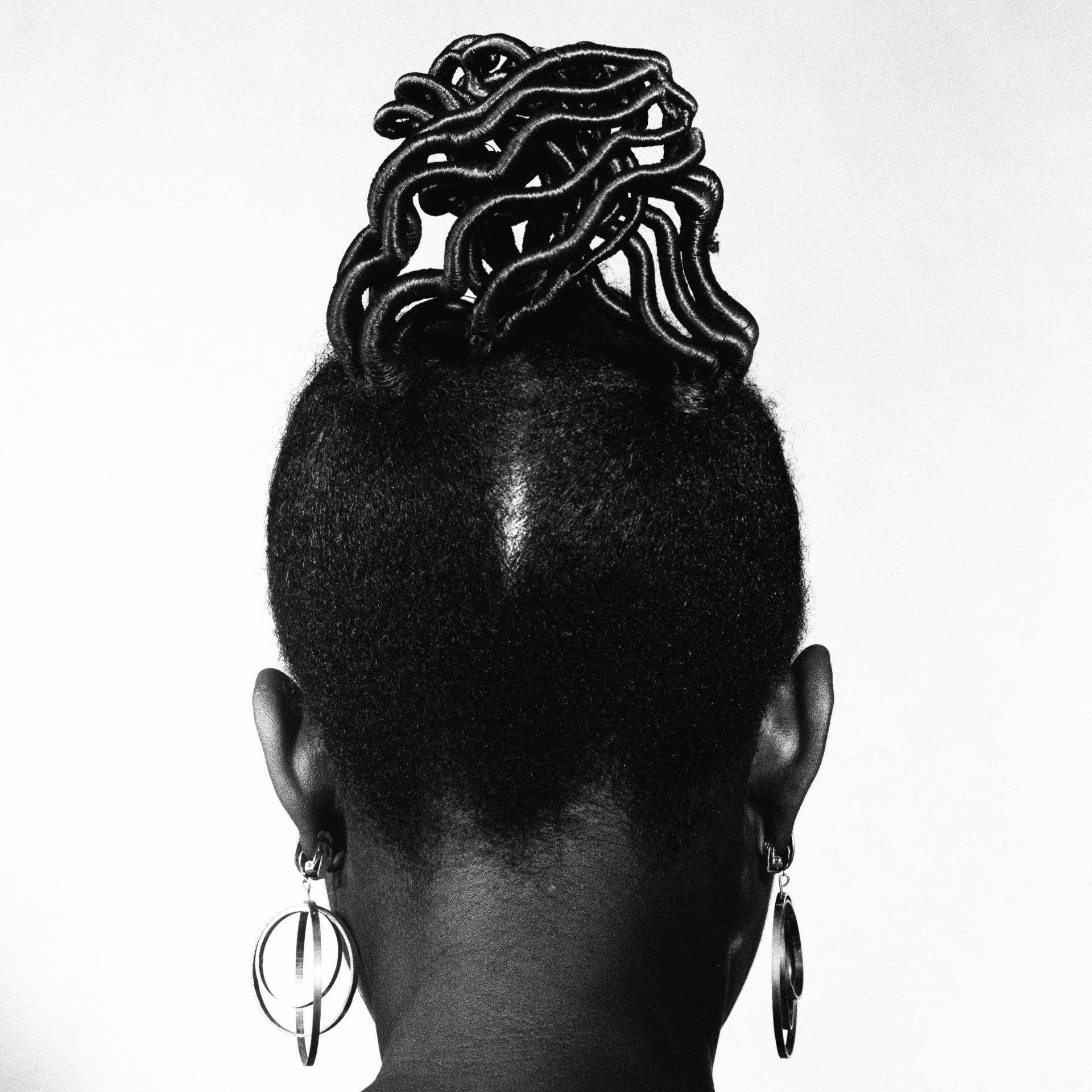 The High Museum of Art continued to expand its collection in 2017 with the addition of artworks in all seven curatorial departments, including major acquisitions that demonstrate continued commitment to exploring the diverse artistic and cultural perspectives of art from the American South. Recently acquired works build on the Museum’s existing strengths and represent important growth across periods and genres. The acquisitions will be featured prominently in a collection reinstallation planned for fall 2018.

“Our acquisitions over the past year demonstrate the High’s dedication to building a diverse collection that spans a wide range of artistic media and practices, with particular emphasis on work by Southern artists,” said Rand Suffolk, Nancy and Holcombe T. Green, Jr., director of the High Museum of Art. “Many of these works also encourage dialogue around intersections of art with race, identity, human rights and social justice, which are topics of great importance to the High and the Atlanta community.”

“I look forward to seeing these works represented within our future collection installations,” said Kevin W. Tucker, the High’s chief curator. “They reflect not only important growth for our holdings but our strategic efforts to draw upon the legacy of artists both within the region and beyond to shape a collection of international significance.”

In April 2017, the High received 54 works from the Souls Grown Deep Foundation comprising paintings, sculptures and works on paper by 33 contemporary African-American artists from the southern United States. The combined gift and purchase is among the most significant acquisitions in the history of the High’s folk and self-taught art department, which is recognized as one of the leading collections of American self-taught art in the world. It included 13 works by Thornton Dial (1928–2016) that span four decades of the artist’s career in addition to 11 quilts by the women of Gee’s Bend, Ala., which tripled the Museum’s examples of this unparalleled tradition in American art. Works by Lonnie Holley and Ronald Lockett, artists whose work the High has been collecting since the 1990s, are featured with sculptures from their Alabama contemporaries Joe Minter and Richard Dial. Artists entering the High’s collection for the first time include Eldren Bailey (one of four Georgia artists represented in the acquisition), Charles Williams, Vernon Burwell and Georgia Speller. A significant group of paintings and sculptures by Joe Light—as well as individual works by artists including Archie Byron, Mary T. Smith, Royal Robertson and Purvis Young—complement existing holdings by these artists.

The High’s acquisition is part of the Souls Grown Deep Foundation’s strategic gift/purchase program designed to strengthen the representation of African-American artists from the southern United States in the collections of leading museums across the country.

The High’s American art department received significant gifts in 2017 from Atlanta collectors and longtime Museum supporters Ann and Tom Cousins, Hugh Burke and Bim Franklin, The Sara Giles Moore Foundation and Louisa McIntosh. The gifts from Ann and Tom Cousins include 12 portraits of Native American tribal leaders by antebellum artist Henry Inman (1801–1846), commissioned by U.S. government bureaucrat Thomas L. McKenney in 1831. The portraits are drawn from a larger series of more than 100 renderings of Native American leaders made in the years leading up to the destructive policies that removed Native Americans from their lands in the 1830s. The original project began in 1821 when McKenney, who served as superintendent of Indian Trade (later part of the Bureau of Indian Affairs) in the Monroe Administration’s War Department, commissioned Washington, D.C., artist Charles Bird King to paint members of tribal delegations who had come to the capitol to negotiate land agreements with the federal government. In many cases, the sitters wear not only the clothes and effects of their tribal nations but also the peace medals and other gifts offered to them by the U.S. government as part of the negotiation and appeasement process. When McKenney was forced to abandon his government post after Andrew Jackson was elected president, he arranged for Inman to render copies of King’s original portraits.

King’s original portraits had been installed in the new Smithsonian Institution by the mid-1850s. In 1865, however, a fire destroyed the picture gallery, and all but a handful of King’s originals were lost. Inman’s copies remain as the sole record of McKenney’s portrait project. This gift presents a rare and exciting opportunity for the High to exhibit the works in a way reminiscent of their original salon-style presentation while adding a significant new Southern context to the High’s historical collection. Nine of the 12 portraits feature leaders from tribes originating in the American South, including Cherokee, Choctaw, Seminole and Creek. The new acquisition joins six portraits by Inman from McKenney’s project already in the High’s collection. Together, these 18 works establish the High’s collection of Inman portraits as one of the largest, second only to that of Harvard University’s Peabody Museum.

The American art department received a special gift from the estate of Louisa McIntosh, a former Atlanta art dealer who was among the first to represent artists of color in the city. The gift included a print by Jacob Lawrence from the “Genesis” series, a Romare Bearden collage and a drawing by Benny Andrews.

The High’s American art department also acquired “A Reading” (ca. 1909), its first work by American Gilded Age artist Thomas Wilmer Dewing (1851–1938). The acquisition was made possible through a generous gift from Atlanta’s The Sara Giles Moore Foundation in honor of its namesake, who was a long-time supporter of the High.

In the elegant oil-on-linen painting, a beautiful woman poses alone in a room. Through the model’s position—relaxed in a chair, lost in thought, an open book before her—Dewing gestures toward the absorptive sensation reading can inspire. The Colonial-era Windsor chair hints at the artist’s fascination with simple, harmonious forms.

Dewing’s classic, ethereal style was well suited to the cosmopolitan tastes of many turn-of-the-century collectors. Top among them was the successful industrialist Charles Lang Freer, who would later establish the Smithsonian Institution’s Freer Collection. Dewing also collaborated with some of the era’s most notable tastemakers, including the architect Stanford White, who designed exquisite frames for his friend’s paintings, including “A Reading.” White drew from historical patterns in classical Renaissance architecture to design frames that complemented the delicate, subtle surfaces of Dewing’s paintings. His frame for “A Reading,” with its low profile and textured detail, draws the eye to the painting and minimizes the amount of shadow cast upon it.

In addition to their contributions to the American art department, Ann and Tom Cousins gave the bronze sculpture “O Drawing (First State)” (1954–1955) by American avant-garde artist David Smith (1906–1965) to the High for its modern and contemporary art collection. Among the greatest American sculptors of the 20th century, Smith developed an innovative form of sculpture known as “drawing in space.” “O Drawing” is an excellent example of Smith’s style and is evocative of a line drawing that appears to float immaterially in the gallery space. This major work is an important addition to the High’s holdings of mid-century sculpture.

Also entering the modern and contemporary art collection in 2017 was “The Jubilant Martyrs of Obsolescence and Ruin” (2015), a massive cut-paper work by contemporary artist and former Georgia resident Kara Walker (American, born 1969). Walker is renowned for her cut-paper silhouette installations that explore themes of race, gender, sexuality and violence. “The Jubilant Martyrs of Obsolescence and Ruin,” which is nearly 60 feet wide, is based on the Confederate Memorial Carving on the face of Georgia’s Stone Mountain. Walker uses caustic, satirical imagery to reconcile the history of oppression and injustice experienced by African-Americans in the South with the persistence of racial and gender stereotypes and ongoing efforts to advance equality in America. This acquisition marks the first major work by Walker to enter the Museum’s collection.

Another notable 2017 acquisition for the modern and contemporary art department was “Love Is the Message, the Message Is Death” (2016), a video by award-winning artist and cinematographer Arthur Jafa. The work combines original footage with appropriated clips from films, news media and social media to create a tapestry that renders a century of tumultuous African-American experiences in the United States. Scenes of triumph and jubilation alternate with others depicting conflict, violence and social upheaval. The film is accompanied by Kanye West’s song “Ultralight Beam,” sung by Chance the Rapper, which serves as both a lament and a meditation on spiritual and social awakening.

The High’s photography department added considerable strength to its collection of photographs documenting the civil rights movement, which is among the most significant in the world. Recent acquisitions include works by contemporary photographers Dawoud Bey (American, born 1953), Jason Lazarus (American, born 1975) and Atlanta-based artist Sheila Pree Bright that illuminate the legacy of the movement and offer a present-day perspective on the historical period. In addition, the department acquired three prints by Diane Arbus from her travels to the South in 1968, including a candid portrait of Coretta Scott King at her home in Atlanta.

Other major 2017 photography acquisitions include two works by Paul Graham (British, born 1956) from two of his major series: “New York & North Dakota” (2005), a multiple-print work from “a shimmer of possibility,” and “Man under trees looking back, Atlanta” (2002), from “American Night.” Both works were on view in the High’s recent exhibition “Paul Graham: The Whiteness of the Whale” (June 24 through Oct. 22, 2017). The High also deepened its holdings of work by African photographers with the addition of three portraits by South African artist and LGBTQ activist Zanele Muholi (born 1972), four prints by Seydou Keita (Malian, 1921–2001) and four photographs by J. D. 'Okhai Ojeikere (Nigerian, 1930–2014), who is known for his series documenting the diversity and evolution of Nigerian hairdressing over a 40-year period. These photographs were joint acquisitions with the African art department.

Other notable works that entered the High’s collection in 2017 include Atlanta artist Donald Locke’s painting “Conspiracy of Icons #1” (1991); “Minotaurus” (2015), an 8-foot-tall bronze sculpture by South African artist Nandipha Mntambo; and a group of 24 quilts by early 20th-century Southern African-American quilters, all acquired by the High through its seventh Collectors Evening, held on Oct. 26, 2017.