Performances, Platforms for Public Involvement, Roundtable Dinners with Noted Theater Makers Explore the Complex Intersection of Black Identity and the Changing Nature of Performance and Activism 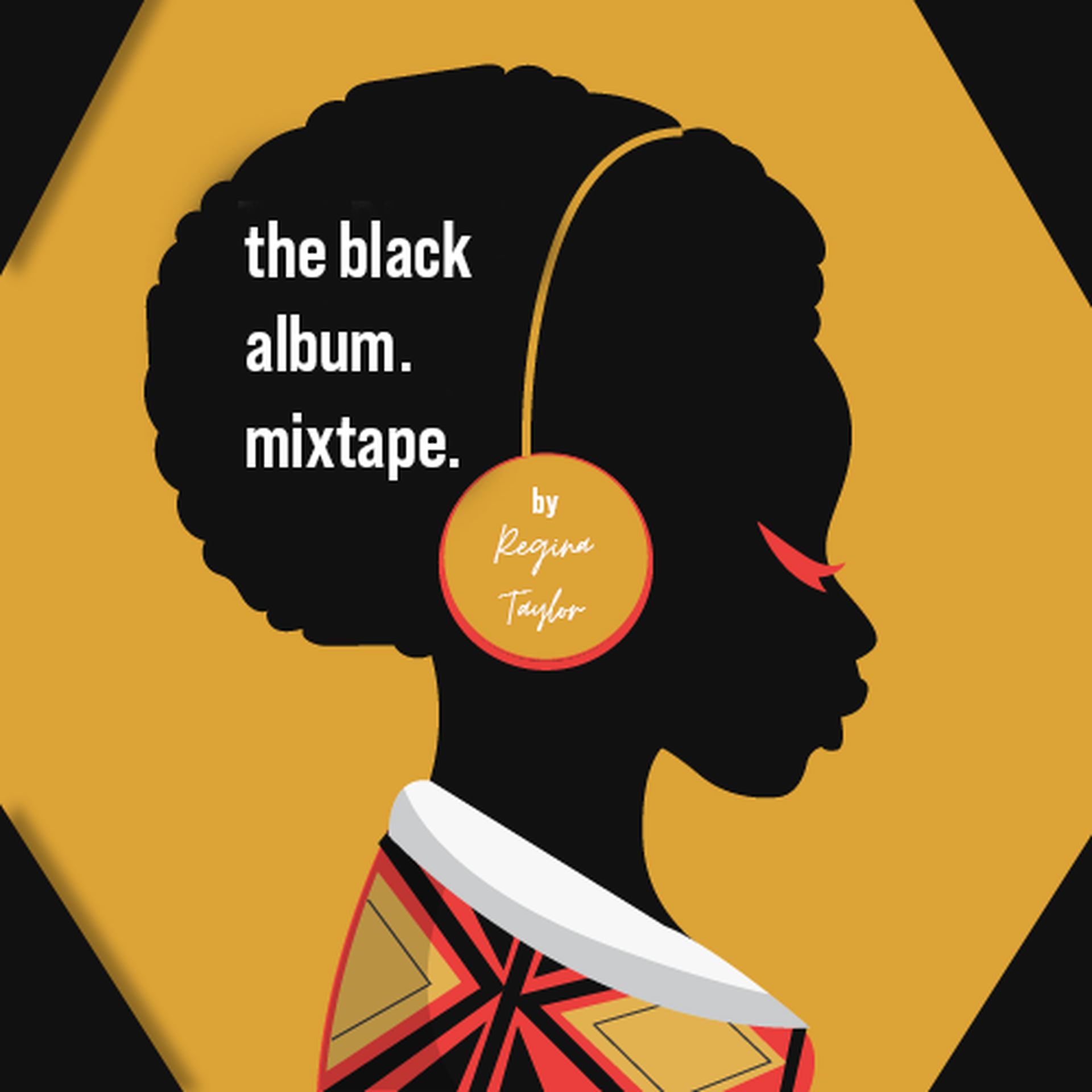 Performances, Platforms for Public Involvement, Roundtable Dinners with Noted Theater Makers Explore the Complex Intersection of Black Identity and the Changing Nature of Performance and Activism

Taylor’s the black album. mixtape. invites collaborators from various fields and in a variety of media to explore and tackle questions about the current moment on a national and international scale: Where are we, how did we get here, and how do we imagine and arrive at a better future? Taylor’s invitation to create work addressing these thoughts and questions is intersecting and inclusive of any and all types of work including video, audio, images, and text submitted by artists, gamers, historians, and beyond. Under and over 21 years of age, students, professionals, and all community people are welcome and encouraged to participate. All entries submitted via the black album. mixtape. website will be considered for the black album cash awards that will be given by Regina Taylor and a panel of judges during a culminating virtual Block Party on May 11.

“I launched this project as a platform for crucial conversations during this time of racial reckoning,” said Taylor, a Meadows Distinguished Visiting Artist and alumna of the SMU Meadows School’s Division of Theatre. “the black album explores how we as artists advance social justice in our work, and how we imagine, teach, and create in the face of COVID-19. This is designed to help all of us – performers and the public, seasoned arts leaders, and new students – to realize the power we hold within ourselves and our ability to press forward for justice.”

The project began last fall with a performance written by Taylor and performed by SMU students: the black album. 2020. resistance., a highly personalized collection of vignettes and moments that examine the question of what it is to be Black at a historically significant time. The Taylor-SMU project expands this spring to include an invitation to everyone – from students, to artists, to members of the general public – to submit responses via video, audio, text or images that answer the next question: “After 2020, who are we?,” creating an online tapestry of personal experiences. The responses can be submitted here, with a curated group of submissions posted for view each week on the mixtape website.

Virtual conversations will be held throughout the spring. Two events will be held on April 16. At 12 p.m. CT, producer, host, actor, and Chicago native Troy Pryor will lead a roundtable discussion with guests including Louis Carr, president of media sales at BET Networks. Then at 8 p.m., renowned choreographer Dianne McIntyre and poet and playwright Carl Hancock Rux will have a conversation. Both events will be livestreamed. Links will be available on the black album website.

Other curated roundtable conversations and Black Bone China “Food for Thought” virtual dinners, served on china created by SMU ceramics students, will be held over the coming weeks with leaders from various fields. The talks will all be recorded and available for on-demand viewing and will examine the inequities laid bare by COVID-19 and racial injustice, and the impact of the pandemic on the arts and other fields. The first virtual dinner examines the role of new technologies in arts activism with Robert Barry Fleming, Actors Theatre of Louisville; Nataki Garrett, Oregon Shakespeare Festival; and Jonathan McCrory, National Black Theatre, with Carl Sylvestre, Theatre Forward, as moderator. The discussion will be available for streaming on April 27. Registration is available here.

Rounding out this wide-ranging effort will be another virtual dinner, sponsored by The Repertory Theatre of St. Louis, that focuses on the theme of common ground and the ways 2020 impacted people in a variety of fields. Featured panelists include Jamilah Nasheed, former Missouri state senator; Shay Gillespie, diversity business development manager of World Wide Technology and founder of Color Coded Kids; Kayla Reed, co-founder and executive director of Action St. Louis; Rebeccah Bennett, founder of Emerging Wisdom; and Tef Poe, rapper and activist. The discussion will be available for streaming on a date to be determined.

“SMU Meadows School of the Arts is committed to providing spaces and opportunities for our students to stretch their creativity and confront the issues of our day, so we are deeply excited to be partnering with our alumna Regina Taylor on the black album project,” said Sam Holland, the Algur H. Meadows Dean of the Meadows School of the Arts. “The project convenes an exceptional group of artists, theater-makers, artistic directors, and students in dynamic public programs to help create the future we know is possible.”

the black album. mixtape. invites students, professionals, artists, experts from a variety of fields, and the public to share thoughts, concerns, original work, and comments in answer to the question, “After 2020, who are we?” Designed as a call (by Taylor) and response (by the public), the black album. mixtape. provides a platform to hear and reckon with each other. In her video invitation to join the project, Taylor calls on us: “the black album. mixtape. is a platform, an invitation to think, create, and activate. To think about where we are right now, how we got here, and where we’re going. To create better outcomes. To activate conversations we need to have right now. Now is not the time to be silent. Come join us.” To access or contribute to the mixtape, visit the website here. A curated set of entries will be posted each week. The submissions will be considered for the black album awards that will be given by Regina Taylor and a panel of judges.

the black album. 2020. resistance. is a 75-minute performance, written and directed by Taylor, featuring a collage of monologues, songs, images, and scenes focused on the events of 2020 through the lens of the Black experience. It was first presented live in October 2020, with seven Meadows undergraduate and graduate acting students performing—and sets, costumes, lighting, and sound created by Meadows theatre design students, alumni, and faculty in collaboration with guest artists. A recording of the performance will be available soon for online viewing; to sign up to receive a link, click here.

the black album. conversations include the webinar Foot Soldier/Trailblazer: A Conversation with Wilmer Leon & Ruby Sales, featuring legendary civil rights activist, scholar, administrator, manager, public theologian, and educator Ruby Sales and moderated by Dr. Wilmer Leon, political scientist and longtime host of “Inside the Issues w/Wilmer Leon” on Sirius XM. Their discussion is available here. Additional dinner and roundtable conversations will be posted as they are created.

Actor/director/playwright/educator/activist Regina Taylor is a Meadows Distinguished Visiting Artist and the Andrew W. Mellon playwright-in-residence at The Repertory Theatre of St. Louis, the latter a three-year appointment through the National Playwright Residency Program established by The Andrew W. Mellon Foundation and HowlRound Theatre Commons. Her play Oo-Bla-Dee is being presented at The Repertory Theatre of St. Louis. Taylor is also writing new plays for Audible and for SMU (the black album).

In fall 2017 Taylor was the Denzel Washington Endowed Chair in Theatre (a guest faculty position) at Fordham University at Lincoln Center. She is an artistic associate of Goodman Theatre and is its most produced playwright.

Taylor is featured in HBO's Lovecraft Country (producers Jordan Peele, J. J. Abrams and Misha Green) and in Netflix’s All Day and a Night starring Jeffrey Wright and Ashton Sanders and directed/written by Joe Robert Cole (writer for Black Panther), and guest stars on Council of Dads (NBC), The Red Line (producer Ava DuVernay, CBS) and The Good Fight. For her television role as Lily Harper in I’ll Fly Away, Taylor received a Golden Globe Award for Best Performance by an Actress, three NAACP Image Awards, and two Emmy Award nominations. Her other television roles include The Unit. Taylor was the first African American lead in Masterpiece Theatre’s Cora Unashamed, starred as Anita Hill in HBO’s Strange Justice (Gracie Award), and was featured in A Good Day to Die starring Sidney Poitier. She has co-starred in USA Network’s Dig and guest starred in Elementary and The Blacklist. Taylor’s film credits include Saturday Church, The Negotiator, Courage Under Fire, Clockers and Lean on Me. Taylor was also the first Black woman to play Juliet in Romeo and Juliet on Broadway.

About SMU Meadows School of the Arts The Meadows School educates visionary artists, scholars, and arts and communications professionals prepared to create sustainable and transformative impact on both local and global society. Today, the Meadows School has achieved prominence as one of the foremost arts education institutions in the United States and offers training in an unusual mix of the arts—visual (art and art history), performing (dance, music, and theatre) and communications (advertising, film and media arts, corporate communication and public affairs, and journalism)—as well as a preeminent program in arts management and arts entrepreneurship. Learn more at smu.edu/Meadows.