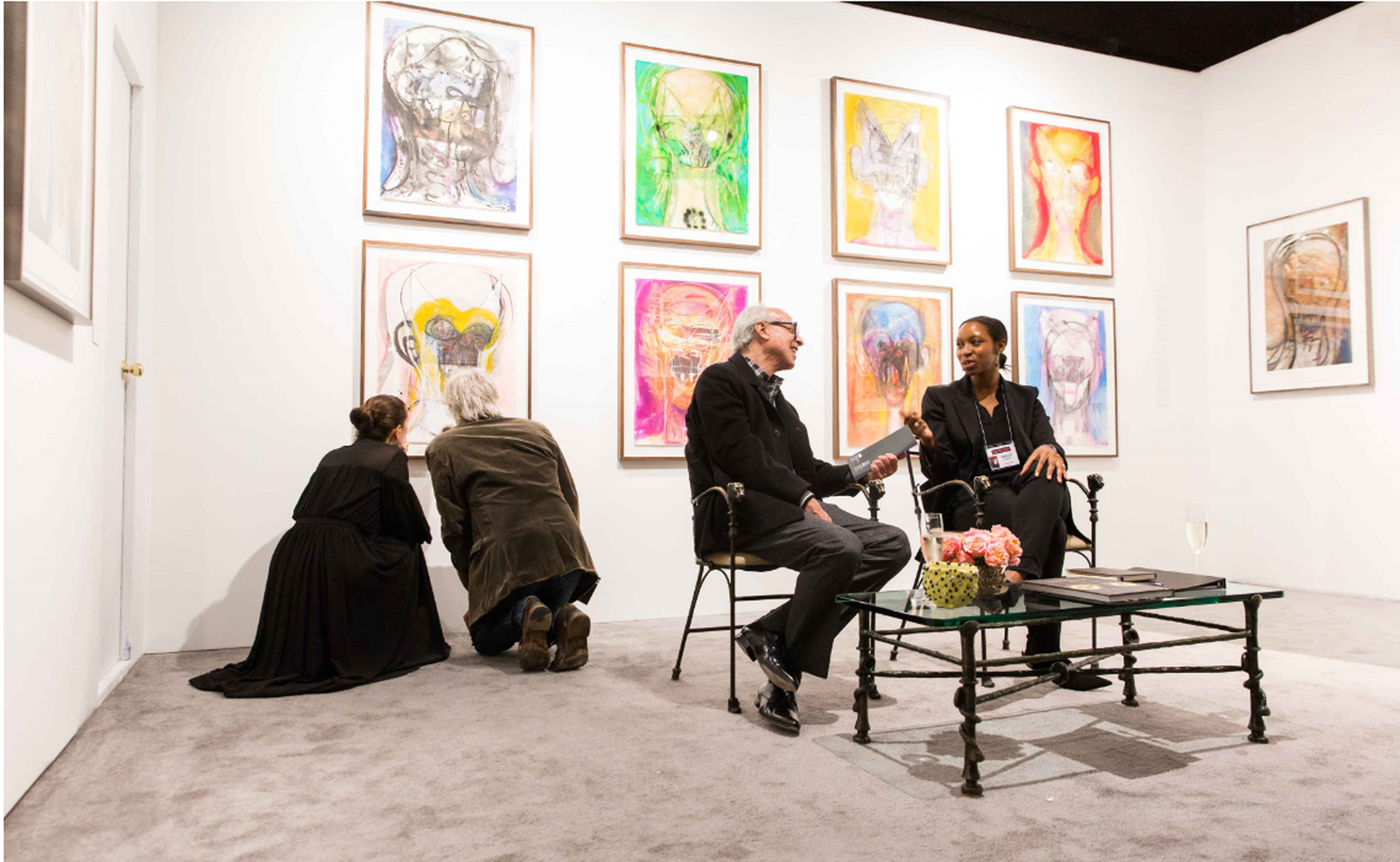 Formed in October 2012 in response to the devastation of Hurricane Sandy, the ADAA Relief Fund provided recovery assistance to New York galleries and non-profit arts organizations that sustained damage from the hurricane. The efforts of generous donors galvanized all sectors of the arts community, enabling the Fund to distribute 50 grants totaling $543,500 and maintain reserve funds for future disasters. Following Hurricane Sandy, the ADAA contributed to Resilient Art Spaces, a resource developed by the New York City’s Department of City Planning to support the operators of arts and cultural spaces in taking preventative measures and recovering from storm damage quickly. The ADAA also hosted information sessions to discuss issues of conservation, storage, insurance, and the prevention of future damages.

“In 2012, we saw the incredible power of the arts community in coming together to support recovery efforts from Hurricane Sandy and sustain the arts organizations and galleries that are core to the cultural fabric of New York City,” said Lucy Mitchell-Innes, President of the ADAA Relief Fund and Founder and Principal of Mitchell-Innes & Nash. “As similar disasters impact arts communities across the nation, it is essential to expand the scope of the Relief Fund, so that artists, arts organizations, galleries, and institutions can continue to thrive and contribute to their cities and regions. With our first national grant to benefit Puerto Rico-based artists, we hope to be part of ensuring the ongoing vitality of cultural production in the area.”

Linda Blumberg, Executive Director of the ADAA, added, “The ADAA Relief Fund is a natural extension of the ADAA’s mission to support galleries across the country, including their work with artists and the greater cultural community. Artists are critical to the cultural life of any city—adding to its vitality and generating new ideas—which makes them fitting recipients of the Relief Fund’s first national grant, and we hope that it will help to raise awareness about the current need for support in Puerto Rico.

Formed in 1997 to provide emergency funds to artists affected by natural disasters and life-altering circumstances, the AEF is actively surveying arts communities across the entire islands of Puerto Rico, Vieques, and Culebra, and convening artists regularly to prioritize and disburse the funds available. With the support of architect and MoMA trustee Warren James and art dealer Cristin Tierney in New York, as well as Francisco Rovira Rullán, founder of Roberto Paradise gallery in Puerto Rico, the fund was activated for the purposes of Hurricane Maria recovery. The recipients of AEF support are determined by a jury comprised of Marianne Ramirez, executive director of MAC; Ruben Mendez, chairman of the board at MAC; and Jaime Suarez, acting as an artist representative. As part of the ongoing efforts to raise funds for the AEF, Chicago-based artist José Lerma will donate 25 percent of proceeds from works sold at his upcoming exhibition, opening December 1 at Roberto Paradise gallery in San Juan, Puerto Rico.

About the ADAA Relief Fund

Formed in 2012 in response to Hurricane Sandy, the ADAA Relief Fund provides grants and loans to galleries and arts non-profits across the country that have been affected by natural and manmade disasters. In support of recovery efforts, the ADAA identifies recipients according to need, demonstrated by catastrophic damage that prohibits day-to-day and future operations, production, and programming.