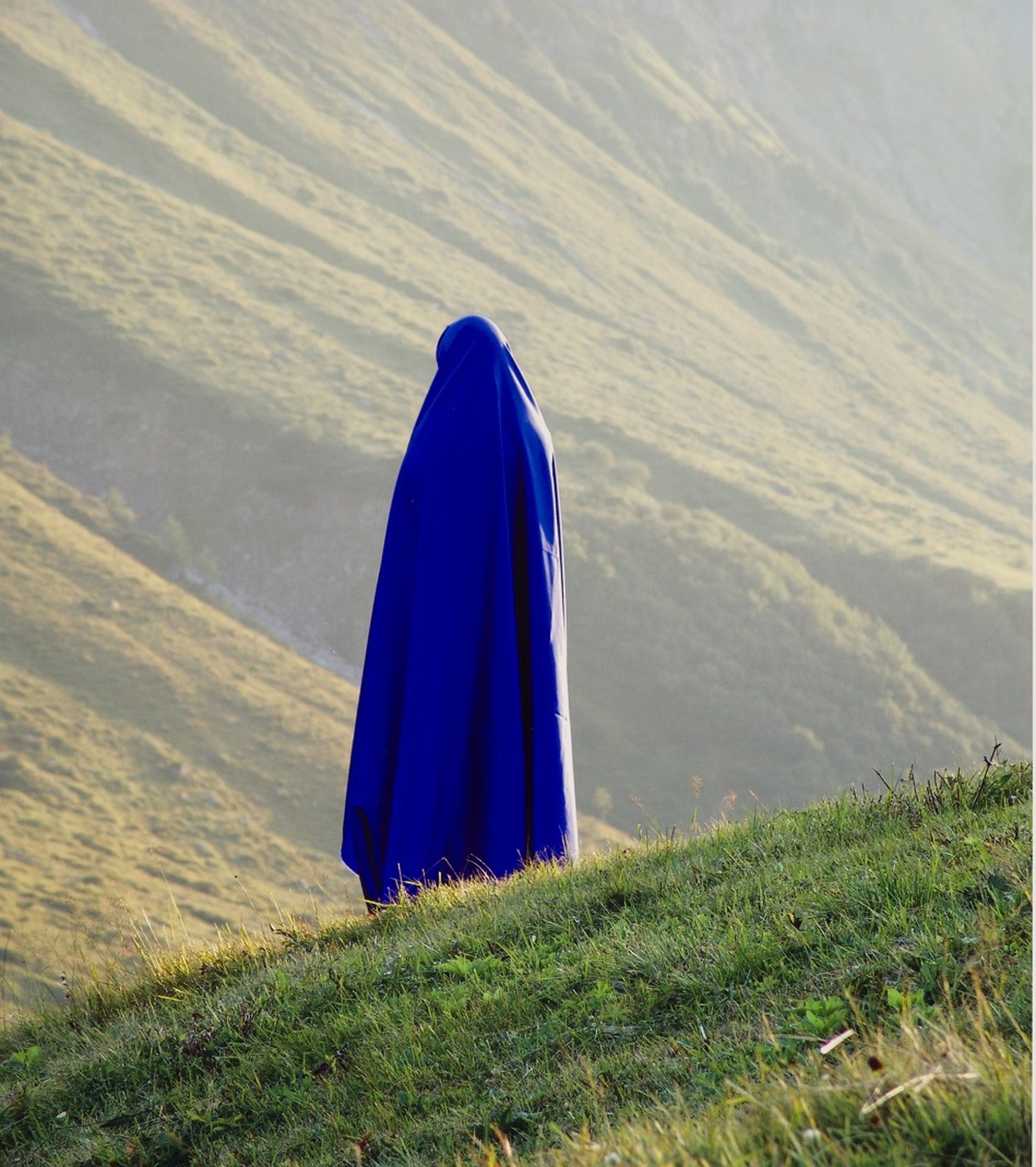 The Addison Gallery of American Art on the campus of Phillips Academy in Andover, MA today announced the museum’s fall 2019 through spring 2020 exhibition program. The Addison is one of the oldest institutions dedicated to American art and has one of the most significant collections of American art in the world, providing unparalleled resources to both high school-age students and the public. Under the leadership of Director Judith F. Dolkart, the Addison’s 2019–2020 exhibition program continues exploration of the museum’s guiding question: What Is America?

Major initiatives for the 2019–2020 academic year include A Wildness Distant from Ourselves: Art and Ecology in 19th-Century America, an exploration of the evolution of the European American understanding of the natural world; Men of Steel, Women of Wonder, an exhibition looking at the golden age of superheroes and their influence on contemporary perceptions of “truth, justice, and the American way,” organized by Crystal Bridges Museum of American Art, Bentonville, AR; Gordon Parks: The New Tide, Early Work 1940–1950, the first museum survey to focus on the formative first decade of the seminal American photographer’s 60-year career, organized by the National Gallery of Art, Washington, DC; and Wayfinding, an initiative of the Addison’s Edward E. Elson Artist-in-Residence Program inviting contemporary artists Sonny Assu, Andrea Chung, Liz Collins, Spencer Finch, Josh T. Franco, and Heidi Whitman to engage with Phillips Academy’s extensive collection of maps and create new work exploring how the land has been claimed, constructed, and reconfigured throughout history.

Also on view during the 2019–2020 academic year are two exhibitions drawing on the Addison’s collection of more than 23,000 works of American art. The fall 2019 cohort of students in the ART 400 course at Phillips Academy will mine the museum’s robust holdings to conceptualize and realize an original exhibition; and George Washington: American Icon will examine the image of the general-turned-president in American visual culture.

“Radiating from the museum’s central question—What Is America?—the Addison’s 2019–2020 programming explores the notion of justice in American art and life,” said Judith F. Dolkart, The Mary Stripp and R. Crosby Kemper Director of the Addison Gallery of American Art. “From the historical evolution of landscape preservation advocacy in the 19th century to environmental justice in the 21st, and from the fictional representation of virtuous icons like Superman and Wonder Woman to documentation of pervasive social injustice affecting everyday Americans, these exhibitions challenge students and the public to reconsider their perceptions of justice over the last two centuries of the American experience.”

Further information on the Addison’s 2019–2020 exhibitions follows below. The detailed schedule of education programs, public talks, and artists-in-residence will be available in fall 2019.

A Wildness Distant from Ourselves: Art and Ecology in 19th-Century America

Inspired by the 125th anniversary of the Andover Village Improvement Society (AVIS), the country’s second oldest land preservation society, A Wildness Distant from Ourselves considers the how the evolution of the European American understanding of the natural world fundamentally altered the ecology of North America. From the Puritans’ seventeenth century “errand into the wilderness” to the present, the perceived dichotomy between man and nature has defined the European American experience in the so-called “New World.” A Wildness Distant from Ourselves focuses on the 19th century, an era that witnessed both the extreme exploitation of the land and its peoples and the birth of a modern conservation movement.

The exhibition draws on the Addison’s renowned collection of American art and includes important loans from the Robert S. Peabody Institute of Archaeology at Phillips Academy and exceptional natural history specimens from the Academy of Natural Sciences of Drexel University in Philadelphia.

A Wildness Distant from Ourselves is curated by Gordon Wilkins, the Robert M. Walker Associate Curator of American Art at the Addison Gallery of American Art. Generous support for this exhibition has been provided by the Morris Tyler Fund.

Drawing from the Addison’s extensive collection of images of George Washington, this project examines depictions of the first president as an icon of American art and culture. A contemporary and colleague of Phillips Academy founder Samuel Phillips Jr., Washington is represented in the Addison collection across media, including paintings, drawings, prints, decorative arts, and photographs. Conceived as a complement to Men of Steel, Women of Wonder, this exhibition in the Addison’s Museum Learning Center encourages students and the public to closely examine the hagiography of the first American president and consider its effect on national identity as well as the public image of all subsequent presidents.

Men of Steel, Women of Wonder

Superman and Wonder Woman are two of the most beloved heroes in American pop culture. Created in times of economic adversity and war, these characters quickly emerged as beacons of American morality, representing the ideals of “truth, justice, and the American way.”

Men of Steel, Women of Wonder examines art world responses to Superman and Wonder Woman, ranging from their Depression-era origins to the interpretations of today’s contemporary artists. The exhibition includes over 70 paintings, photographs, installations, videos, and other works by a wide range of artists including Norman Rockwell, Mike Kelley, Emma Amos, Raymond Pettibon, Laurie Anderson, and many others exploring national identity, American values, social politics, and the concept of humanity.

Men of Steel, Women of Wonder is organized by Crystal Bridges Museum of American Art, Bentonville, Arkansas. Generous support for the Addison's presentation has been provided by the Arthur and Vivian Schulte Exhibitions Fund and the Anna-Maria and Stephen Kellen Foundation. Joseph Bae ’90 and Janice Lee P’21, ’23, the Abbot Academy Fund, continuing Abbot's tradition of boldness, innovation, and caring, and the Bernard and Louise Palitz Lecture Fund have contributed critical programmatic funding.

Phillips Academy students enrolled in ART400 will have the opportunity to explore the robust collection of the Addison Gallery of American Art and develop a collaborative exhibition of their own. Led by Adjunct Instructor Tessa Hite, this course guides students through the curatorial process and provides foundational historical, cultural, and aesthetic understanding of American art history. Previous iterations of ART400 have resulted in exhibitions on a variety of topics, including the boundary between fact and fiction, the relationship of photography to poetry, and disparity between memory and nostalgia.

Generous support for the Art 400 exhibition is provided by the Margot Chandler Cook ’00 Life in Art Fund.

During the 1940s, American photographer Gordon Parks (1912–2006) grew from a self-taught photographer making portraits and documenting everyday life in Saint Paul and Chicago to a visionary professional shooting for Ebony, Vogue, Fortune, and Life. For the first time, the formative first decade of Parks’s 60-year career is the focus of an exhibition, which brings together 150 photographs and ephemera—including magazines, books, letters, and family pictures. The exhibition will illustrate Parks’s early experiences at the Farm Security Administration, Office of War Information, and Standard Oil (New Jersey), as well as his close relationships with Roy Stryker, Langston Hughes, Richard Wright, and Ralph Ellison, and reveal how these helped shape his groundbreaking style. A catalog with extensive new research and previously unpublished images will accompany the exhibition.

The exhibition is curated by Philip Brookman, consulting curator, department of photographs, National Gallery of Art, Washington. The exhibition is organized by the National Gallery of Art, Washington, in collaboration with the Gordon Parks Foundation. Bank of America is a proud to be the national sponsor of Gordon Parks: The New Tide, Early Work 1940–1950.

An Initiative of the Edward E. Elson Artist-in-Residence Program at the Addison Gallery of American Art

Comprised entirely of new commissions by the 2019–2020 Edward E. Elson Artists-in-Residence at the Addison Gallery of American Art, Wayfinding explores the complex and often fraught practices of mapping our world. Inspired by and responding to Phillips Academy’s Sidney R. Knafel Map Collection, which includes atlases, maps, and globes dating from 1434 well into the 19th century, artists Sonny Assu, Andrea Chung, Liz Collins, Spencer Finch, Josh T. Franco, and Heidi Whitman will employ diverse media and methods to create new work that challenges assumptions about geography, land, and borders. Expanding on the Addison’s mission to catalyze new dialogues around American art and life, Wayfinding investigates how American spaces are, and have been, imagined, constructed, claimed, reclaimed, and contested.

The Sidney R. Knafel Map Collection documents the European exploration and understanding of the world across four centuries, including medieval mappae mundi, Mediterranean sea charts derived from sailors’ observations, maps that incorporate Ptolemy’s cartographic ideas, plans that record ever-increasing European exploration and colonization, and increasingly sophisticated recordings of the land masses, shorelines, and settlements of North America. Captivating for their aesthetics as well as their political and social implications, these maps offer illuminating windows on the Western perspective of the European Age of Discovery and its aftermath.

Wayfinding is a product of the Addison’s Edward E. Elson Artist-in-Residence program. Since welcoming Charles Sheeler as the museum’s first artist in residence in 1946, the Addison has provided generations of students with insight into the creative process and a rare opportunity to discuss ideas with major artists living and working on the Phillips Academy campus. In 1996, the Addison opened an apartment designed by San Francisco-based artist David Ireland and a studio which provides a contemplative space for visiting artists to explore and share new dimensions of their practice. In addition to creating new work on the Phillips Academy campus, artists-in-residence exhibit at the Addison, give public talks, critique student work, and lead discussions and workshops with students in Andover and the surrounding area. Alumni of the artist-in-residence program include acclaimed artists of the 20th and 21st centuries Dawoud Bey, Kerry James Marshall, Lee Mingwei, Laurie Simmons, Frank Stella, Jessica Stockholder, and William Wegman, among many others.