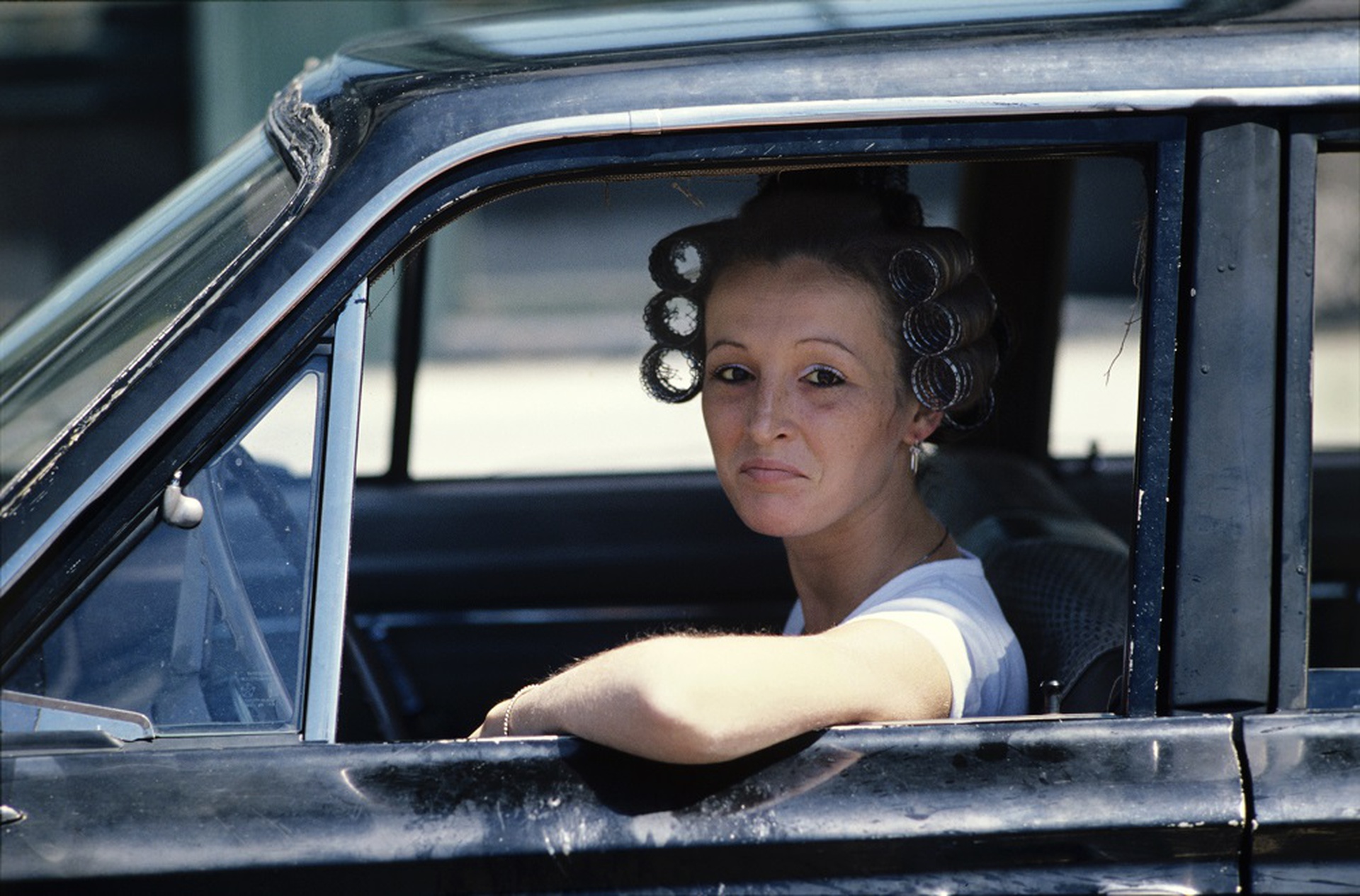 Made up of large-scale color photographs, the majority of which have never before been exhibited, John Goodman: not recent color at the Addison Gallery of American Art examines changes to the American cultural landscape through the coming of age of a young artist from the 1970s through the late 1980s. John Goodman, a Boston native and noted photographer of urban American life, recently rediscovered a series of Kodachrome and Ektachrome color slides from this period depicting Boston and beyond. Rescued from deep storage, the slides have been scanned and printed by the photographer, and the resulting series will make its museum debut in the exhibition John Goodman: not recent color on view at the Addison from April 13–July 31, 2019.

Predating the work for which he is best known—poignant and gritty photographs capturing disparate subjects such as Boston’s famed Combat Zone, backstage at the Boston Ballet, the streets of Havana, and a Times Square boxing gym—these early images announce a lifelong interest in capturing fleeting moments, as well as the more abstract and enduring essence of places and people. A student of Minor White (1908–1976), an artist renowned for meditative photographs that penetrate beneath the surface of his subjects, Goodman credits his mentor with helping him to find his own way of seeing. Describing the making of these color images, John Goodman writes, "I was emotionally drawn to the vibrancy of the street with its energy and layers of time and texture. I was finding my voice as a photographer and the camera was my way to tell stories and make meaning of the rich materials I discovered in everyday life."

“We were thrilled that John Goodman chose to bring this body of work to the Addison, and it has been inspiring to collaborate with him on exhibiting these compelling images as a full series for the first time,” said Allison Kemmerer, Mead Curator of Photography and Senior Curator of Contemporary Art. “An important example of a young artist on the threshold of his signature imagery, this body of work will have particular resonance for students at Phillips Academy and across the region, and we look forward to welcoming John to campus as part of the Addison’s mission to bring living artists together with students as well as visitors of all ages.”

“In rediscovering these works, John Goodman has unearthed a particular view of American life from decades past that sheds new light not only on the complicated cultural, racial, artistic, and economic history of Boston, but on how our country has—and has not—changed in the intervening decades,” said Judith F. Dolkart, The Mary Stripp and R. Crosby Kemper Director of the Addison Gallery of American Art. “We are delighted to bring these important works to the public, further complementing and expanding the narrative we present with the Addison’s robust holdings in American photography.”

Bearing the fine detail and brilliant, saturated colors typical of slide film, the images in not recent color are cinematic in the way they transport viewers to another time and are characteristic of the artist’s balance of the particular and universal, which provides multisensory impressions of the worlds depicted. Piercing yet tender images captured in diners, bowling alleys, and darkened theaters, outside phone booths and gas stations, and on city streets and sidewalks conjure moments in individual lives and social interactions that together tell a story about the slowly changing social fabric of Goodman’s studio neighborhood in Boston––and the country at large. John Goodman: not recent color is part of the Addison’s 2018–2019 program which explores notions of place in American art as part of the museum’s ongoing effort to probe the question What is America?

The Addison was one of the first American museums to actively collect and exhibit photography, making its first acquisition in this medium in 1934 and exhibiting images by artists such as Berenice Abbott, Margaret Bourke-White, and Walker Evans as early as the 1930s. Recognizing the importance of photography as an art form, the Addison developed expansive photographic holdings, forging a collection that today includes works by Ansel Adams, Robert Adams, Diane Arbus, Dawoud Bey, Roy DeCarava, Nan Goldin, Sally Mann, Robert Mapplethorpe, Timothy O’Sullivan, Man Ray, Cindy Sherman, Alfred Stieglitz, and Carleton Watkins, among many others. Comprised of individual masterworks as well as multiple prints and portfolios by important photographers of the 19th and 20th centuries, the collection also boasts in-depth holdings of seminal series. These include the entire set of Eadweard Muybridge's The Attitudes of Animals in Motion (1881) and Animal Locomotion (1887); Robert Frank's pivotal series The Americans (1955); Danny Lyon’s Conversations with the Dead (1971) and The Bikeriders (1968); Bill Owens’ Suburbia (1972); as well as Cindy Sherman’s Murder Mystery Series (1976) and Laurie Simmons’s In and Around the House (1976–78). In addition, Phillips Academy alumnus Walker Evans is represented by over 150 photographs.

John Goodman: not recent color is presented alongside Harlem: In Situ, on view at the Addison from March 30–July 31, 2019. The exhibition examines nearly 100 years of art created in Harlem, bringing works from 20th century masters including Jacob Lawrence and Elizabeth Catlett into dialogue with never-before-seen works and ongoing projects by contemporary artists including Jordan Casteel and Sherrill Roland to explore the creative influence on art-making in this singular place. Together, the exhibitions extend the Addison’s year-long exploration of place within American art and our national identity.

John Goodman: not recent color is organized by the Addison Gallery of American Art and curated by Allison N. Kemmerer, Mead Curator of Photography and Senior Curator of Contemporary Art, in collaboration with the artist. Generous support for this exhibition has been provided by the Francesca S. Woodman Exhibitions Fund.

Goodman has exhibited widely in the United States, notably in the exhibitions Naked Before the Camera at the Metropolitan Museum of Art and Exposed at the San Francisco Museum of Modern Art. In addition to the Addison, his work resides in the permanent collections of the Art Institute of Chicago, the Harvard University Art Museums, the Metropolitan Museum of Art, the Museum of Fine Arts, Boston, and the San Francisco Museum of Modern Art. His photographic series depicting a New York City boxing gym were published in the critically acclaimed monograph The Times Square Gym (1997). Throughout his career, Goodman has continually worked as an editorial, advertising, fashion, and fine art photographer. His work has appeared in The New York Times Magazine, Vanity Fair, Esquire, and Boston Globe Magazine. He has photographed campaigns for Gucci, Gap, Louis Boston, and Converse. He has also taught at the College of Art and Design at Lesley University and the Maine Media Workshops.