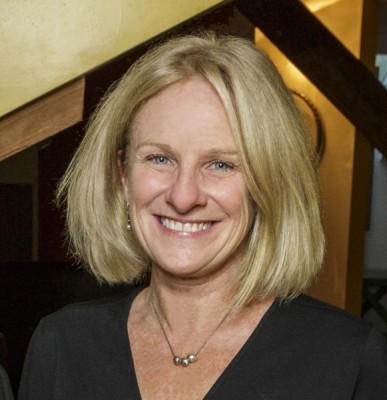 Phillips Academy’s Head of School Dr. Raynard Kington announced today that Allison Kemmerer has been appointed as the next Mary Stripp and R. Crosby Kemper Director of the Addison Gallery of American Art. Currently the Addison’s Interim Director, Kemmerer first joined the museum in 1992 and has served in its curatorial department since, most recently overseeing its curatorial program and collection as the Mead Curator of Photography and Senior Curator of Contemporary Art. With an intimate knowledge of the museum’s history and nuanced understanding of its educational role within the local, regional, and national arts ecology, Kemmerer will continue to advance the Addison’s standing as a premiere museum of American Art. Kemmerer will assume her new role effective December 1, 2021.

“As we considered our search for the Addison’s next director, we quickly realized the best person for the job was with us all along. Throughout her tenure, Allison has demonstrated exceptional leadership, passion, and curiosity that aligns with the museum’s mission of being a vibrant cultural and educational resource for our campus and for the country,” said Kington. “As the museum’s next Director, she will expand the legacy of the Addison—which has long served as a lens through which we examine the evolving American narrative—and continue to create new, inventive, and inclusive programs that ensure that the museum remains a dynamic resource for learning, inspiration, and connection.”

Added Addison Board Chair Stephen Sherrill, “Allie has been a creative and insightful Curator of Photography and of Contemporary Art for many years under four Directors, and a fabulous caretaker as Interim Director for the last two years. Most importantly, she was determined yet mindful in expeditiously reopening the Addison to the school and local communities after the COVID shutdown. She deeply understands and relishes the wonderful combination of museum with school that the Addison represents and will guide it forward with capable and caring hands with the warm support of the entire PA community. I could not be more delighted for Allie to be our next Director.”

Established in 1931, the Addison is recognized internationally for having among the most important collections of American art, including work by artists ranging from John Singleton Copley and Thomas Eakins to Dawoud Bey and Carrie Mae Weems. As Director, Kemmerer will further the Addison’s leadership role in the field of American art, strategically expand and diversify its program and collections, and support and integrate working artists into campus life through the longstanding Edward E. Elson Artist-in-Residence program. She additionally will continue to enhance the museum’s presence within the educational fabric of the community through expanded partnerships with Phillips Academy faculty and K-12 educators in the greater Merrimack Valley.

“In my thirty years at the Addison, I have had the privilege of working with directors and colleagues who embrace the adventurous spirit with which the museum was founded. In my newest post as Director, I am honored to forge the next chapter in the Addison’s rich history and continue to grow the collection and produce exhibitions and programs that reflect our changing times. As a teaching museum with an international standing, the Addison is uniquely poised to advance new perspectives and foster powerful conversations, juxtapositions, and ideas through art,” said Kemmerer.

Kemmerer succeeds Judith F. Dolkart, who led the Addison as its director from 2014 through 2019.

Devoted exclusively to American art, the Addison opened in 1931 and holds one of the most important American art collections in the country. Its collection includes more than 23,000 works by artists such as John Singleton Copley, Thomas Eakins, Winslow Homer, George Bellows, Georgia O’Keeffe, Jackson Pollock, Jennifer Bartlett, Lorna Simpson, Kara Walker, Jaune Quick-to-See Smith, Kerry James Marshall, and Mark Bradford, as well as photographers Eadweard Muybridge, Walker Evans, Robert Frank, Cindy Sherman, Laurie Simmons, Sally Mann, Dawoud Bey, Carrie Mae Weems, and many others. The Addison Gallery, located in a stand-alone building on the campus of Phillips Academy—a residential school of grades 9 through 12 in Andover, Massachusetts—offers a continually rotating series of exhibitions and programs, all of which are free and open to the public.