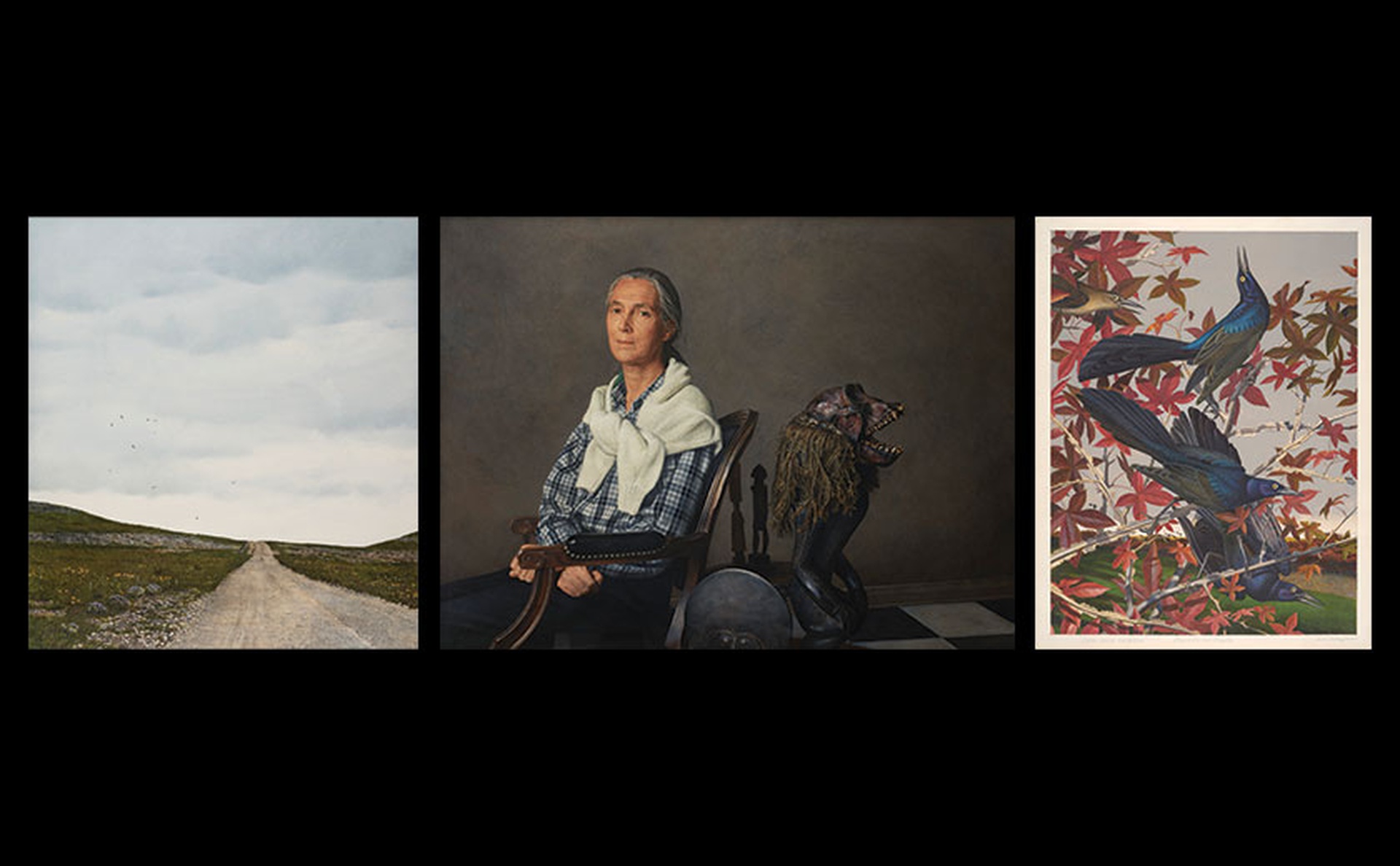 This September, the Amon Carter Museum of American Art (the Carter) will open Imagined Realism: Scott and Stuart Gentling, the first comprehensive overview of the work of two Fort Worth-based artists, brothers whose prolific and collaborative careers were celebrated within Texas but whose creative impact has, until now, been little studied. Exploring a wide range of themes and subjects from romantic landscapes to formal portraiture to still lifes of 18th-century clothing, the exhibition features more than 160 works including sketches, etchings, watercolors, and oil paintings. In addition to presenting the artists’ first retrospective, the Carter established the Gentling Study Center which is home to the largest institutional holdings of the brothers’ work as well as an archive of research materials related to their long careers. Through the Center, the Carter is also producing an accompanying monograph and created a permanent research fellowship dedicated to the study of the Gentlings and other underappreciated American artists. Imagined Realism: Scott and Stuart Gentling will be on view at the Carter from September 25, 2021, through January 9, 2022.

Imagined Realism provides an unprecedented glimpse into the decades-long creative output of the Gentlings. Born in Minnesota, the Gentling brothers moved to Fort Worth in 1947 at the age of five, where they grew up as keen observers of natural history. With the exception of a period of academic and professional studies in the 1960s that included the Pennsylvania Academy of Fine Arts, they lived and worked together in Fort Worth until their deaths in 2006 (Stuart Gentling) and 2011 (Scott Gentling). The brothers drew strong regional support and patronage for their work—especially their painted portraits—that provided the artists with the means to freely produce more experimental work rooted in historicism and hyperrealism. While their work over the decades evolved drastically, the brothers continually returned to a drybrush watercolor technique that came to define their style.

“In keeping with the Carter’s commitment to sharing untold stories in American art, and also with the Gentling Study Center’s objective to raise the profile of the Gentlings among the foremost painters of the 20th Century, we are thrilled to present the first comprehensive exhibition on Scott and Stuart Gentling,” said Andrew J. Walker, Executive Director. “Brothers and lifelong collaborators whose artistic interests spanned centuries and crossed continents, the Gentlings, despite opportunities for a national platform, chose to ground their practices within the supportive communities of Texas. The Gentlings sought knowledge of the subjects they explored in their art with the tenacity and thoroughness of experts, making the Carter’s deep dive into their work—the first examination of its kind—all the more impactful.”

The exhibition’s thematic presentation displays the full spectrum of the artists’ work, created between the late 1960s and the 2000s, grouped by subject matter. Drawing from their personal passions and interests, the Gentlings painted everything from still lifes of costuming to murals for Fort Worth’s Bass Performance Hall to posed portraiture to depictions of Aztec culture and the natural world. The exhibition features the Gentlings’ best-known work, including a selection of original watercolors from their massive Of Birds and Texas folio, designs for the murals at Bass Performance Hall, and a portrait of President George W. Bush titled President Bush at Crawford.

“Throughout our investigation into the Gentlings’ life and work, one common thread connecting their various techniques and subjects over the decades was their detailed, imaginative immersion into their topics of study,” said Jonathan Frembling, Gentling Curator and Head Museum Archivist. “The rigor and rate of their production is incredibly rare, as was the duration and extent of their artistic collaboration— our long overdue scholarship seeks to cement that rich creative legacy.”

In addition to Scott and Stuart’s lifelong collaboration, the brothers developed friendships with other leading contemporary artists including Andrew Wyeth and Ed Ruscha. Ruscha said of his time with the Gentling brothers, "After I moved to Los Angeles in 1956, I’d take road trips back to Oklahoma and Texas several times a year. I first met Scott and Stuart Gentling on one of those trips in about 1970. [While] we differed…in how we saw the world and reflected it in our art, we shared a profound indebtedness to the open spaces of the American West. I am heartened by the care that is being taken of the brothers’ art and their legacy—they deserve it."

In alignment with the presentation of Imagined Realism: Scott and Stuart Gentling, the Carter will publish an eponymous monograph dedicated to the Gentlings that features a forward by Ed Ruscha, preface by Executive Director Andrew J. Walker, and contributions by Scott Grant Barker, Erika Doss, Jonathan Frembling, Janelle Montgomery, Barbara Mundy, and Spencer Wigmore.

Imagined Realism: Scott and Stuart Gentling is organized by the Amon Carter Museum of American Art. The exhibition is generously supported by Edward P. Bass, founding champion and supporter of the Gentling Study Center at the Carter. The exhibition is curated by Jonathan Frembling, Gentling Curator and Head Museum Archivist, and Janelle Montgomery, Gentling Curatorial Assistant. Exemplifying the Carter’s mission to tell new and important stories of American art, Imagined Realism: Scott and Stuart Gentling is part of a year-long exhibition program celebrating the museum’s 60th year of collecting, preserving, and exhibiting the finest examples of American art.