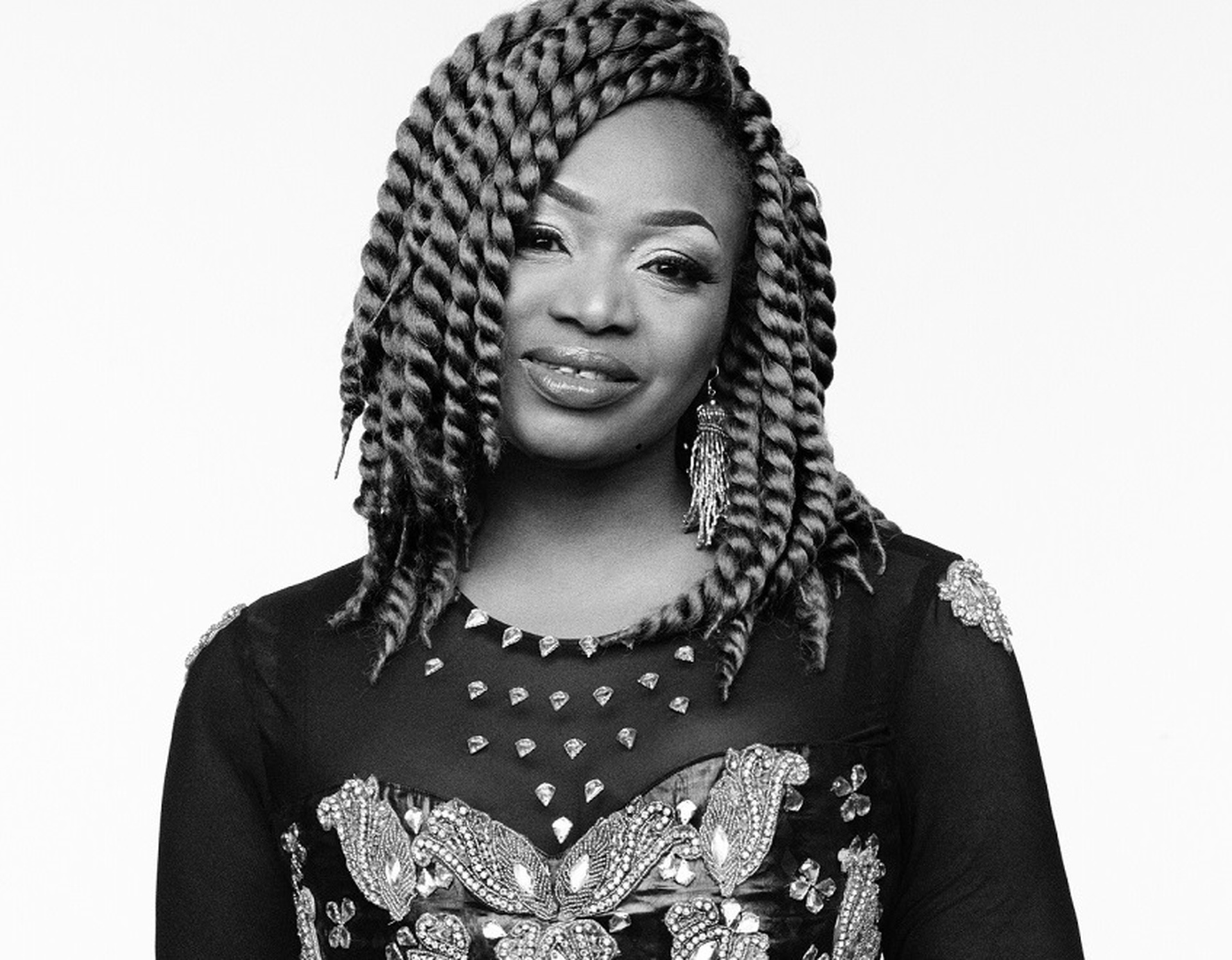 Today, the iconic nonprofit Apollo Theater announced details of its spring 2020 season featuring genre-spanning performances—from music, dance, and theater to comedy and film screenings—that continue the theater’s strong mission of articulating African American narratives through cultural programming. Season highlights include the Apollo’s Africa Now! and African Film Festival 30th Anniversary Celebration presenting the legendary Oumou Sangaré; Burnt Sugar the Arkestra Chamber performing Isaac Hayes’ Academy Award-winning score Shaft, alongside a screening of the film; the Apollo Salon Series presentation of A Time to Love, a musical theater collaboration with National Black Theatre; and the signature series that brings patrons to the Apollo year-round, Amateur Night at the Apollo, Apollo Music Café, and Apollo Comedy Club. Through its programming, educational, and community initiatives, the Apollo continues to advance its commitment to creating a 21st century performing arts canon, providing a home to artists and the community, while tackling important social issues for Harlem, New York, and the nation.

“From Africa Now! to the live score of Shaft by Burnt Sugar, and the ongoing Uptown Hall and Live Wire conversations, we look forward to the discussions and collaborations that will happen not only at the Apollo, but in the community at large as we continue to offer a home to artists and audiences to honor Harlem’s rich history,” said Kamilah Forbes, Apollo Theater Executive Producer.

The Apollo, widely considered the epicenter of Black culture, kicks off the season with its annual MLK celebration, presented in partnership with WNYC. This year’s free event, on January 12, is The Strategic King: MLK’s Visionary Leadership, part of Apollo Theater’s Uptown Hall series. Moderated by WNYC’s Peabody Award-winning host Brian Lehrer and All Things Considered host Jami Floyd, with WQXR’s Terrance McKnight serving as Master of Ceremonies, Apollo Uptown Hall – The Strategic King will examine Dr. Martin Luther King, Jr.’s immense skills as both a political and media strategist. A panel of activists, faith leaders, journalists, scholars, and more will discuss the tactics Dr. King and his colleagues used to influence legislation, engaged the media to build support for their cause, and what can be learned from their strategies that would further today’s movements. For the first time the event will take place a week before the King Holiday weekend and recorded in front of a live audience for future broadcast the following week on WNYC and public radio stations nationwide. Among the evening’s panelists are former U.S. Poet Laureate Natasha Trethewey, Color of Change President Rashad Robinson, Washington Post opinion writer Jonathan Capehart, visual artist Carrie Mae Weems, and others.

The following month, on Saturday, February 1, the Apollo will begin its celebration of Black History Month with Apollo Open House: Celebration of Cool, a free event co-hosted by tour director Billy “Mr. Apollo” Mitchell and Jenna Flanagan, host of MetroFocus, as seen on THIRTEEN, WLIW21 and NJTV. Apollo Open House will feature live performances and multi-media presentations looking back on the Apollo’s famed history and forward to the spring season and beyond to the opening of the theaters at the Victoria in the fall of 2020. This event will also include a preview of the PBS documentary American Masters – Miles Davis: Birth of the Cool before its PBS broadcast premiere on THIRTEEN, followed by a post-film panel with director Stanley Nelson, musician James Mtume and more names to be announced at a later date, moderated by NJTV News Correspondent/Anchor and WBGO reporter Michael Hill. With full access to the Miles Davis Estate, the film features never-before-seen footage, outtakes from recording sessions and rare photos, as well as luminaries such as Quincy Jones, Carlos Santana, Clive Davis, Wayne Shorter, and Ron Carter discussing the life and career of a true visionary and originator who defies categorization.

The Theater continues to expand its cinematic offerings through its Apollo Film series with a screening of the 1971 film Shaft, accompanied by a live performance of Isaac Hayes’ Academy Award-winning score by Burnt Sugar the Arkestra Chamber on Saturday, February 29. Greg Tate, cultural critic and the founder/conductor of Burnt Sugar, will lead the group as it plays along with the film and delivers a Burnt Sugar improvisational twist. The “jam army” freely juggles a wide swath of the experimental soul-jazz-hip-hop-and-rock spectrum. To add to the atmosphere, the audience will be encouraged to wear their best Black Power-inspired fashion, building on Shaft and the host of 70s films that captured the style that continues to influence fashion today. On Thursday, February 20 and Thursday, May 21 Apollo Film Presents: ImageNation’s Cocktails & Cinema returns, featuring films and media that showcase the global Black experience. Films will be announced at a later date. The Apollo’s Black History Month activities are supported by the National Endowment of the Arts.

The Apollo Theater has served as the New York City host of the WOW - Women of the World Festival every other year since 2015. This year, as part of Women’s History Month, the Apollo will host a special WOW event, a conversation between author and former Teen Vogue Editor Elaine Welteroth and author, editor and motivational speaker, presentation coach and former Editor in Chief for Ebony Magazine Harriette Cole. The two will discuss Welteroth’s first book “More than Enough,” which was published by Viking Press this past summer, and the importance of mentorship among woman. The event will take place on March 14 and is presented in collaboration with Women of the World Festival and in partnership with the UN Commission on Women.

On Saturday, April 4 the Apollo’s Africa Now! and African Film Festival 30th Anniversary Celebration will present the Grammy Award winner Oumou Sangaré. The annual concert celebrating the best of today’s African contemporary music and spotlighting its ongoing impact around the world will highlight the Malian singer, who has been referred to as “The Songbird of Wassoulou.” Sangaré has performed in front of thousands of people the world over and was featured in in the 2008 documentary film Throw Down Your Heart. She has also collaborated with artists as diverse as Bela Fleck, Herbie Hancock, Seal, P!nk, and Jeff Beck. For her Apollo debut, Sangaré will perform music that spans traditional Malian sounds to contemporary music coming out of Africa and across the globe.

The Apollo Theater Salon Series returns in April to present A Time to Love, a musical theater work-in-progress being developed in partnership with National Black Theatre. Written by NBT’s CEO Sade Lythcott, the musical is a tale of love in the midst of social unrest, set against the backdrop of national protests around the decay of civility, idealism, and street loyalty.

A cultural anchor in Harlem and New York City, the Apollo continues to be a catalyst for social engagement through its community and education offerings. This season, the institution will continue to offer its free Live Wire conversations, the Theater’s popular series that honors iconic artists who have impacted the arts and culture. Live Wire discussions in 2020 include Bad Mother*%^#! | Black Music on the Big Screen featuring Greg Tate, founder and musical director of Burnt Sugar; Aretha!, a discussion that will honor the legacy of the great Aretha Franklin led by writer and cultural critic Emily Lordi; Dancing in the Streets – Rhythm Rebels, that will consider the history and larger cultural context of social dance in Black and Latinx communities; and a special Live Wire in June to mark celebration of the 100th anniversary of the birth of artist and activist Hazel Scott.

The Apollo Young Producers, a collective comprised of Apollo Theater Academy alumni who create and develop events to connect young artists to the Apollo, will continue to present events throughout the year, including a WOW: Teen Summit in March that will explore the impact of young women in politics on both a local and global scale. Additional education offerings will include Apollo Theater Academy Career Panels, part of the institution’s career development programming for teens and adults; and its ongoing School Day Live performances, which extend the Apollo experience to new generations of theatre-goers, while providing exciting opportunities to learn about the arts, history, and culture.

The Apollo’s famed Amateur Night at the Apollo, the original, large-scale talent show and one of the longest-running continuous events in New York City, returns to Harlem for its 86th season. In addition to launching Amateur Night Japan in 2019, the first international licensing partnership for the program, Amateur Night at the Apollo also recently welcomed its newest “Set It Off Man,” Greginald Spencer, who returns for his first full season in February. Artists such as Ella Fitzgerald, Sarah Vaughan, Luther Vandross, Lauryn Hill, D’Angelo, and H.E.R. have all rubbed the famed tree of hope before taking the stage. This year’s line-up of contestants will compete for an ultimate cash prize of $20,000. Coca-Cola in the sponsor of Amateur Night at the Apollo.

Once a month, the Theater celebrates its comedic roots with the Apollo Comedy Club, presented in partnership with the legendary Bob Sumner—producer of Def Comedy Jam, and the creator of Laff Mobb on Aspire TV. Apollo Comedy Club features the best up-and-coming talent in comedy today with more than 15 comedians this season. Full details and line up to be announced at a later date.

The Apollo continues its longtime support of up-and-coming musical artists through its monthly Apollo Music Café, which takes place on Friday and Saturday nights at 10:00 p.m. on the Apollo Soundstage. This fall, Apollo Music Café will feature more than a dozen forward-thinking, innovative artists performing across genres, from R&B, hip-hop, soul, and jazz to pop, funk, and rock.

While spring 2020 programming will take the stage at the Apollo’s landmark home, the institution continues to develop the theaters at the Victoria, marking the first physical expansion in the Apollo’s history and the first phase in the expansion to the Apollo Performing Arts Center. For more information about the theaters at the Victoria and the Apollo’s mission to work with and support a greater number of emerging and established artists of color across disciplines, click here.