James Brown: Get on the Good Foot – A Celebration in Dance Features Original Dances by Choreographers from Around the Globe Set to the Soul Icon’s Legendary Music 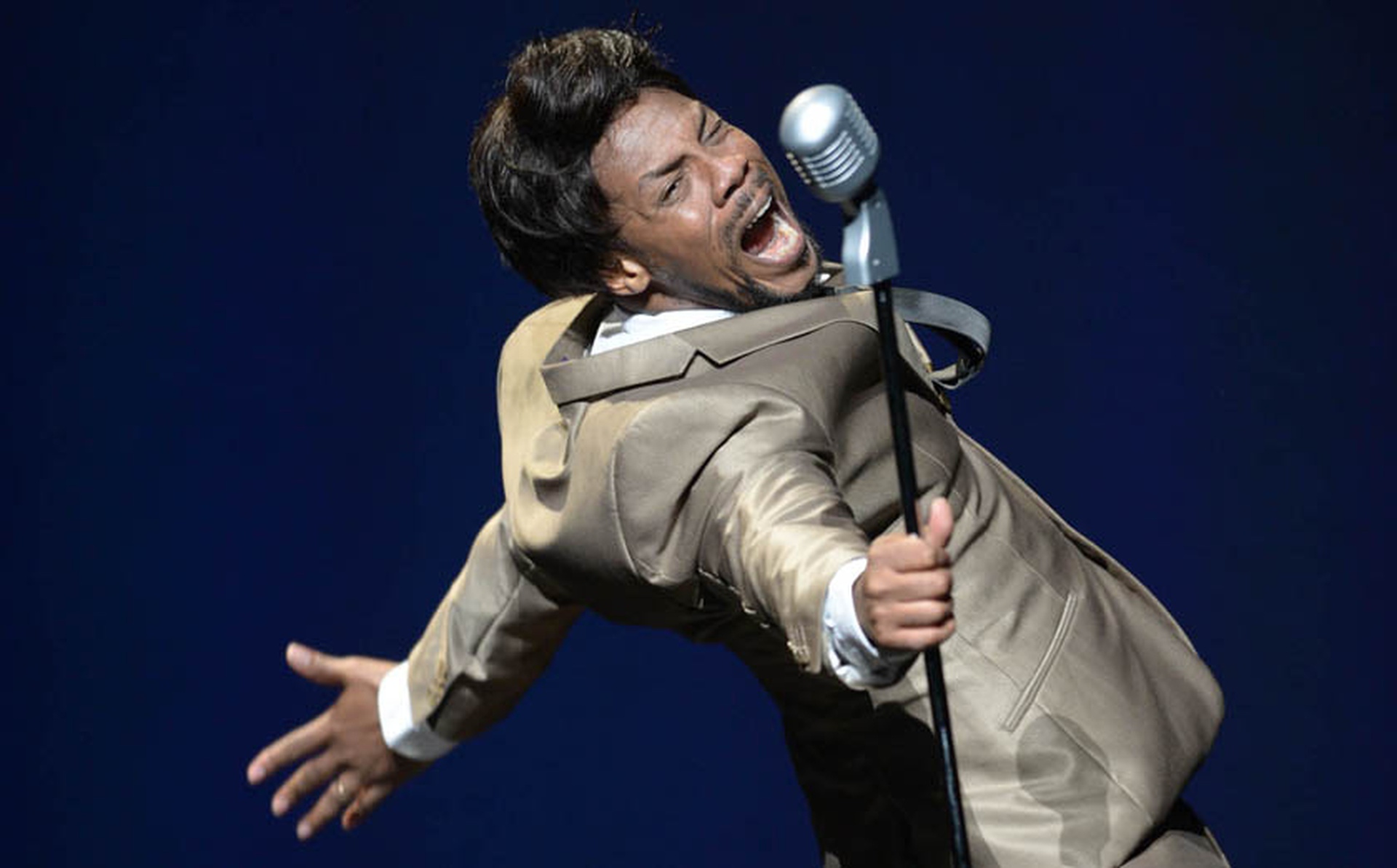 James Brown: Get on the Good Foot – A Celebration in Dance Features Original Dances by Choreographers from Around the Globe Set to the Soul Icon’s Legendary Music

The Apollo Theater announced today the details of its first international tour, of its original production, James Brown: Get on the Good Foot – A Celebration in Dance. Long recognized as a creative catalyst for Harlem and New York, the Apollo is increasingly extending its reach nationally and globally—a reflection of the institution’s far-reaching impact and continued influence on American culture. Following the work’s world premiere at the Apollo in October 2013, Get on the Good Foot toured to Atlanta, GA; Baton Rouge, LA; and Los Angeles, CA. In February 2015, Get on the Good Foot begins an international tour with engagements in Germany, Luxembourg, and the Netherlands.

Get on the Good Foot showcases the broad cultural influence the “Godfather of Soul” continues to have on contemporary creativity. Under the artistic direction of acclaimed choreographer Otis Sallid, Get on the Good Foot features original choreography by artists from the United States, Europe, Southeast Asia, and West Africa. The score is comprised of classic Brown music and original compositions inspired by his work.

“James Brown made the Apollo Theater his home and honed his craft in front of our famous audiences, as musicians, choreographers, actors, dancers, comedians, and others continue to do today,” said Mikki Shepard, Apollo Theater Executive Producer. “Brown’s influence is global and we are so thrilled to be able to share Get on the Good Foot with global audiences.”

“The significance of James Brown’s artistry reaches far beyond the popularity of his music. The impact of his radically innovative compositions and choreography continues to exert enormous influence on artists across cultures, styles, and genres,” said Get on the Good Foot Artistic Director Otis Sallid. “The diverse mix of choreographers chosen for this program helps us gain a deeper understanding of James Brown’s significance as interpreted from these varied, individual perspectives.”

In Harlem, the Apollo Theater’s 2014/2015 season includes a range of programming across artistic disciplines, as the institution continues its commitment to supporting emerging and established artists and engaging its legacy to inform contemporary artistic expression. Upcoming engagements include Harlem Nights/U Street Lights, a collaboration with the Kennedy Center curated by Jason Moran, which explores the deep musical connections between the Harlem and D.C. jazz scenes, as well as the Apollo’s signature program, Amateur Night, which continues to launch legends virtually every Wednesday night, and the Apollo Music Café, a series presented on the Theater’s soundstage that showcases up-and-coming musicians in a club-like atmosphere. More information may be found at apollotheater.org.