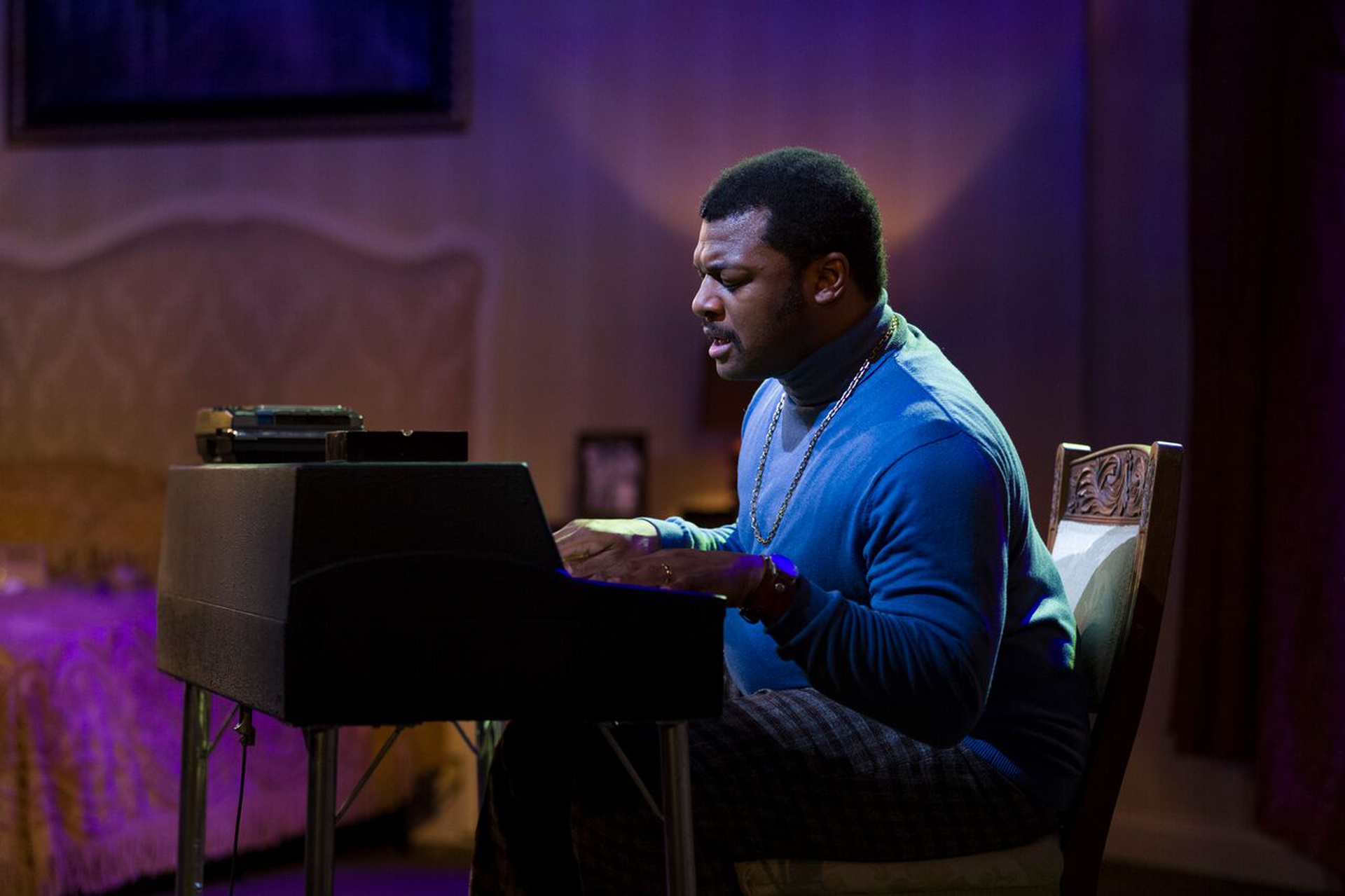 Harlem, NY – The Apollo Theater will bring the New York premiere of TWISTED MELODIES, an intimate one-man production inspired by the life, artistry, and struggles of 1970s soul singer and composer Donny Hathaway, to its iconic stage, 45 years after Hathaway himself last performed on it. From his hits with Roberta Flack, his solo songs, and his work as both an arranger and studio musician for artists such as Aretha Franklin, Curtis Mayfield, and the Staples Singers, to his diagnosis of schizophrenia, Hathaway’s personal struggles both inspired and hampered his music. On the 40th anniversary of his untimely death, Hathaway was honored posthumously with the Grammy Lifetime Achievement Award in February 2019, celebrating his influence and contributions to the music industry that continue today. Directed by Derrick Sanders and written and performed by Kelvin Roston Jr., this limited engagement at the Apollo Theater opens on Thursday, May 30 and runs through Sunday, June 2. The performance is Thursday, Friday, and Saturday at 8:00 p.m. with 3:00 p.m. performances on Saturday and Sunday.

Ahead of the production, a free Live Wire conversation, “Everything is Everything, the Music of Donny Hathaway,” will take place on Monday, May 13 at 6:30 p.m. as part of the Theater’s education series that honors iconic artists who have impacted the arts and culture. Hathaway gifted audiences with a catalog of music that is as vital today as it was when the songs were first recorded. Songwriter and musician Gordon Chambers will lead an exploration into Hathaway’s music and timeless influence along with former publicist and artist relations director of Atlantic Records and manager at ABC Records Barbara J. Harris; composer, producer, songwriter, and activist James Mtume; and Kelvin Roston, Jr., playwright, music director, and performer in Twisted Melodies.

“Roston inhabits his troubled man, feels what he feels, honors his complexity, and sings his songs as if his life depended on doing them justice.” Chicago Tribune

Twisted Melodies joins the other productions in the Apollo’s 85th Anniversary season to advance the nonprofit theater’s commitment of articulating and projecting the African American narrative through arts and culture commissions, co-productions, and presentations while tackling important social issues for Harlem, New York, and the nation.

“The Apollo prides itself in honoring our artist’s legacies, and Donny Hathaway’s personal and artistic journey is a vital one to tell,” said Apollo Theater Executive Producer Kamilah Forbes. “Not only did he make brilliant contributions to the musical cannon, we can still learn today from his struggle with mental illness, an issue that is too often kept hidden. It is an honor to partner with Baltimore Center Stage, Congo Square Theatre Company, and Mosaic Theater Company to tell this powerful story and engage with audience members across the nation.”

TWISTED MELODIES is an immersive play about Donny Hathaway (October 1, 1945 – January 13, 1979), the jazz, blues, soul and gospel singer, arranger, organist, and pianist best known for his duets with Roberta Flack such as “The Closer I Get to You” and “Where is the Love?”— for which he and Flack won a Grammy Award — his first single that announced his arrival on the music scene, “The Ghetto, Pt. 1,” and his challenging inner struggles with paranoid schizophrenia that eventually led to his death. Torn between the muses that inspired him and the mental illness that tormented him, Chicago-based writer and actor Kelvin Roston, Jr. embodies Hathaway as he evaluates the choices he made during his life. Those choices created a body of work that continues to resonate today, influencing artists such as Alicia Keys, Common, and Raul Midón.

The Apollo holds artists’ voices at its core, and TWISTED MELODIES celebrates Hathaway’s profound artistry and private struggles, offering audiences the opportunity to learn more about the man behind the music. The production continues to expand the nonprofit theater’s programming and its commitment to celebrating African American arts and culture, supporting emerging and established artists, and serving as a cultural and civic resource for the larger Harlem community. TWISTED MELODIES is co-produced by Baltimore Center Stage and Congo Square Theatre Company in association with Mosaic Theater Company.

The Apollo’s 2018-19 season continues with its signature series: Amateur Night at the Apollo, the Theater’s original talent competition, Apollo Music Café, which showcases new musical artists and Apollo Comedy Club, which features up-and-coming comedic artists. The Apollo will also present public conversations, education programs for students and families, and other community events throughout the season.