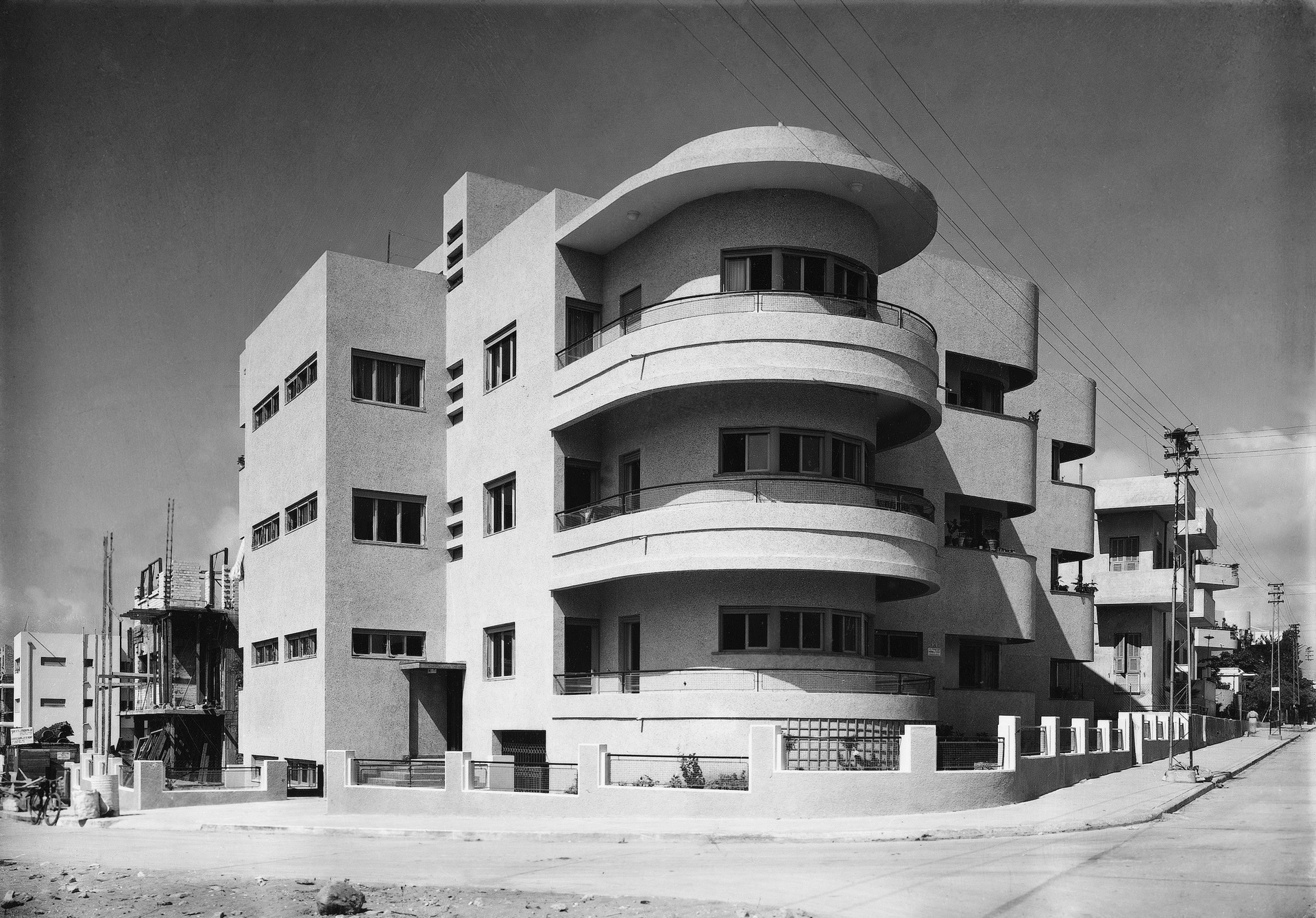 Image
Courtesy of The Israel Museum

This summer, the Israel Museum opens a major exhibition tracing the influence of international modernism on the architectural vernacular that developed in Palestine during the British Mandate period (1917-1948). On view July 6 – December 31, 2016, Social Construction: Modern Architecture in British Mandate Palestine explores not only the beauty and functionality of the new architecture that developed in the early 20th century in cities such as Tel Aviv and Haifa, but also the social values of the new land that were reflected in this style. Focusing on projects realized between 1930 and 1940, Social Construction features more than 60 archival photographs of the architectural icons of the time, together with roughly 40 interpretive drawings of these buildings, executed over 20 years.

“This exhibition extends the Museum’s exploration of Europe’s influence on the evolution of Israel’s modernist visual heritage, a phenomenon that has added a rich layer of modern appreciation to the deep meaning of the ancient fabric of the region,” said James S. Snyder, Anne and Jerome Fisher Director of the Israel Museum. “With this presentation, we are also underscoring once again how different cultures interact in their own time and over generations to create new forms of expression that take on their own distinct visual character.”

Focusing on the major cities of Jerusalem, Tel Aviv, and Haifa, Social Construction reveals how the development of these urban centers emerged from the influence of international modernism while forming a unique architectural language inspired by the ambitions to establish a new state and to create a new social order. The influx of immigration to Palestine following the Russian revolution of 1905 and the concurrent political upheavals in eastern Europe brought a generation of architects who embraced modernism as a new beginning. This imported language, defined by innovative geometric forms, spread across the landscape to create a uniquely local vernacular that expressed the ideological foundations of a new society.

The master plans developed during the British Mandate for each of the region’s major cities exhibit varying degrees of modernist architectural influence, based on their existing urban footprints. Modernist materials and forms were also adapted in response to the climate and geography of the region. Tel Aviv in particular was perceived as a “blank slate,” open to the embrace of new architectural modes.

Social Construction brings together archival photography with large-format, hand-drawn contemporary analytical drawings that are presented with back illumination to underscore the dimensional character of architecture in a dynamic display. Highlighting the architectural vocabulary of the time, the exhibition explores such attributes as double-layer façades, public use of rooftops, mixed expressions of public and private spaces’ engagement with the street, the intermingling of public sidewalks and private gardens, and the typology of workers’ housing. Several case studies will be featured, including such iconic projects as Shmuel (Sam) Barkai’s Aginsky House (1934) and Lubin House (1937); Alfred Goldberger’s Bat Galim Casino (1934); Dov Karmi’s Max Liebling House (1936); Theodor Menkes’ Glass House (1938); Zeev Rechter’s Angel House (1933); and Arieh Sharon’s Workers’ Housing ("Meonot Ovdim") (1937).

The exhibition draws inspiration from the extensive research of Israel Prize laureate and architect Ada Karmi-Melamede and architect Dan Price, whose accompanying book explores not only the functional aspects of this new architecture, but also the social values that shaped the defining language of this new architectural style. Part of a lineage of modernist Israeli architects, Ada Karmi-Melamede designed the Supreme Court building in Jerusalem (1992), the campus of the Interdisciplinary Center in Herzliya (1993), the Open University in Ra’anana (2004), among many other projects. Establishing her own firm in 1992, Karmi-Melamede has also served as a professor of architecture at Columbia University (1977–1982), Yale University (1985 and 1993), and the University of Pennsylvania (1991).