“ADAA members represent an extraordinary breadth and depth of expertise and excellence through their programs, and I am honored to continue to support them as part of the ADAA’s leadership,” said Meier. “I look forward to continue working with Executive Director Maureen Bray, my colleagues on the Board of Directors, and the entire membership to amplify their critical role within our industry. On behalf of the Board, I would also like to welcome our new Directors. We are very excited to welcome their perspectives to our leadership.” 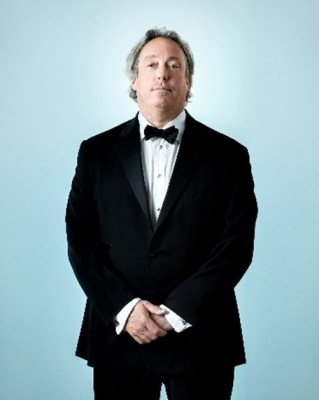 Having served in the ADAA’s leadership since 2007, Meier was previously Vice President of the Board of Directors and Chair of The Art Show Committee from 2015 through 2020. He succeeds Andrew Schoelkopf, co-founder and partner at Menconi + Schoelkopf, who served as ADAA’s President from 2018 through early 2021. Under Schoelkopf’s leadership, the ADAA strengthened its visibility and advocacy for galleries on key issues impacting the field and provided a range of resources for its members to respond to the challenges of the pandemic and support recovery efforts.

About Anthony Meier
Meier brings over 30 years of art world experience to his new role, having served in leadership positions at the ADAA since 2007, including as Vice President of the Board of Directors and Chair of The Art Show Committee from 2015 through 2020. An ADAA member since 2002, he founded Anthony Meier Fine Arts in 1984 as a private gallery working with both public and private collections, focused on the secondary market, and specializing in post-World War II contemporary masters. In 1996, Anthony Meier Fine Arts opened a public gallery space in San Francisco, which mounts five shows per year dedicated to emerging and mid-career artists, such as Teresita Fernández, Richard Hoblock, Zoe Leonard, and Jim Hodges.

Prior to opening Anthony Meier Fine Arts, Meier was the Print Curator at the Fogg Art Museum of Harvard University, where he also received a B.A. in art history. Presently serving as Vice President of the Board of Trustees of Chinati, Meier has previously held board positions at the Meadows Museum of Art at Southern Methodist University; the Blanton Museum of Art at University of Texas, Austin; ArtPace, San Antonio; and California College of the Arts.

About the ADAA
The Art Dealers Association of America (ADAA) is a nonprofit membership organization that supports the economic and cultural contributions of the nation’s leading fine art galleries. The ADAA includes nearly 190 members from more than 30 cities in the U.S., representing hundreds of established and emerging artists internationally. ADAA members have extensive expertise across primary and secondary markets and established reputations for upholding the best practices in the field. The ADAA serves as a resource and advocate, raising awareness of dealers’ critical roles in the international art market and the cultural community. The ADAA is a leader on issues pertaining to connoisseurship, scholarship, ethical practice, and public policy.

The ADAA Foundation, supported by donations from ADAA members, promotes a broad range of activity in the arts and culture community by distributing grants to museums and arts organizations with operating budgets under 5 million dollars to advance art historical research and exhibition development. The Foundation’s 2020 grantees include the Asia Society Texas Center; Frost Art Museum; Institute of Contemporary Art, Los Angeles; Intuit: The Center for Intuitive and Outsider Art; The Rockwell Museum; and Zimmerli Art Museum. www.artdealers.org.