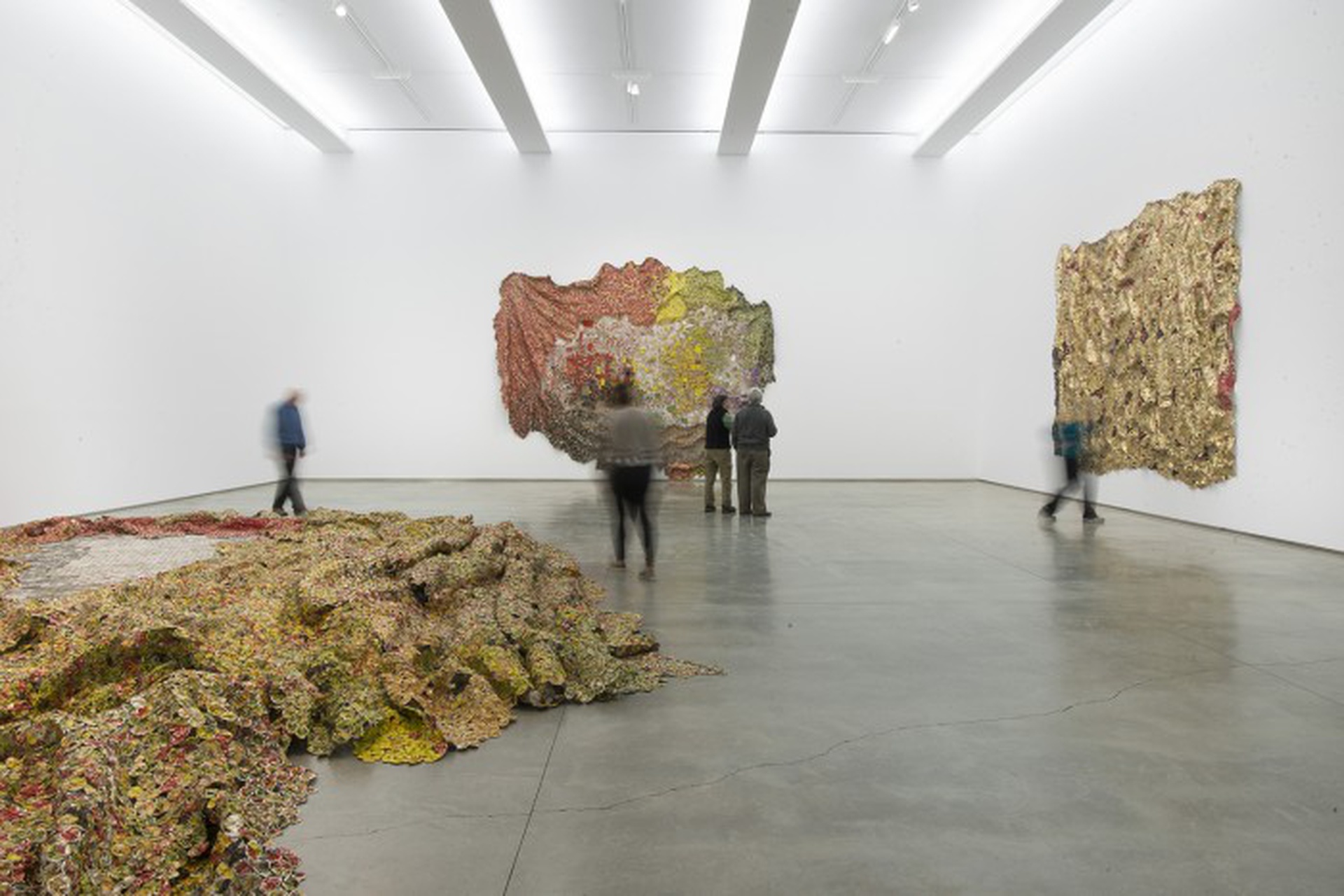 The Art Dealers Association of America Foundation (ADAA Foundation) today announced the four recipients of the Foundation’s recently expanded grants program: the Aldrich Contemporary Art Museum (Ridgefield, CT), the Eskenazi Museum of Art at Indiana University (Bloomington, IN), the Frances Lehman Loeb Art Center at Vassar College (Poughkeepsie, NY), and the Michael C. Carlos Museum at Emory University (Atlanta, GA). Established in 1971, the ADAA Foundation is a distinct but connected entity to the ADAA, which aims to encourage and promote the appreciation of art and art history through its support of vital scholarship and curatorial research. Generously funded by donations from ADAA member galleries, the Foundation has distributed grants to museums, archives, and arts organizations around the country to advance art historical research and exhibition development.

“The ADAA Foundation was established as a way for the nation’s leading art galleries to support scholarship and research beyond the work they do with artists, museums, and collectors every day,” said Dorsey Waxter, President of the ADAA Foundation and previous President of the ADAA. “We are proud to expand the grant program in 2017 to support institutions around the country who are making meaningful contributions to art historical scholarship. All of the selected exhibitions provide new insight on both lesser-known and renowned artists and art historical movements, and we cannot wait to see them come to fruition.” Following the Foundation’s recent sale of Alexander Calder’s The Clove, which was gifted to the Foundation upon its inception, the grants program was expanded to focus on the nation’s art museum community. Art museums from around the country with annual operating budgets under five million dollars were invited to apply for grants for between $10,000 and $15,000 to advance the development of new exhibitions and research. The Foundation chose to limit the pool of applicants in this way to ensure that grant funds have a significant impact for institutions where funds for exhibition development and research are often more difficult to obtain.

Representing a spectrum of topics from contemporary art, to geology, to Netherlandish allegory, each of the selected exhibitions offer fresh perspectives on both under-studied and influential artists, periods, and genres. Located on Emory College’s campus in Atlanta, Georgia, the Michael C. Carlos Museum will present Through a Glass, Darkly: Allegory and Faith in Netherlandish Prints from Lucas van Leyden to Rembrandt, on view from August 31 to December 1, 2019. Consisting of 105 printed images, including woodcuts, etchings, and engravings, the exhibition studies the prolific printmakers of the early-modern Low Countries and how their works exemplify the role and purpose of religious allegory. Featuring prints by Lucas van Leyden, Philips Galle, Hendrick Goltzius, Hieronymus Wierix, Jan Saenredam, and Rembrandt, Through a Glass, Darkly explores the variety of allegories present in these works and seeks to raise fundamental questions about how images relay meaning in and beyond their historical context.

The Aldrich Contemporary Art Museum, the only non-collecting museum in Connecticut dedicated solely to contemporary art, will present The Domestic Plane, encompassing five curatorial projects on view simultaneously: Objects Like Us, Jessi Reaves: Kitchen Arrangement, On Edge, ALMOST EVERYTHING ON THE TABLE: The Smallish Explanatory Sculptures of Tucker Nicholas, and Handheld. Organized by five curators and featuring 132 works by more than 100 artists—including 49 new and 16 commissioned pieces—The Domestic Plane examines the status of small objects through the course of recent history, asking visitors to rethink and explore their value, performativity, and contextual narratives through the series of five exhibition chapters. The exhibition will be on view May 20, 2018 through January 13, 2019.

Presented August through December of 2020 by the Eskenazi Museum of Art at Indiana University, Stuart Davis and the Modernist Mural: Swing Landscape in Context will be an in-depth examination of social, political, and creative environment in which the iconic Swing Landscape mural by Stuart Davis was created. The notable mural has been housed at Indiana University since 1942, and though it has been lauded by scholars as a key work in the history of 20th-century American painting, this exhibition marks the first time the mural will be studied in context. By presenting the mural with a selection of works by Davis and his contemporaries, in addition to documentary and photographic material, the exhibition seeks to reconnect the work to the cultural and political landscape of the 1930s from which it emerged.

On view September 21 to December 9, 2018, the Frances Lehman Loeb Art Center at Vassar College will present Past Time: Geology in European and American Art, an intersectional exhibition that addresses the wide impact of geology and its field-study customs on artists during the Enlightenment and Romantic eras. Organized by Patricia Phagan, the Philip and Lynn Straus Curator of Prints and Drawings, in collaboration with Jill Schneiderman, Professor and Associate Chair for Earth Science, the exhibition spans the 1770s to the 1890s, and will include 54 drawings, watercolors, sketchbooks, oil sketches, and natural objects, featuring works by such noted painters as J.M.W. Turner, Henry Moore, and John Singer Sargent.

About the ADAA Foundation

The ADAA Foundation, a distinct but connected entity to the ADAA, was established in 1971 to encourage and promote the appreciation of art and art history through its support of vital scholarship and curatorial research. Generously funded by donations from ADAA member galleries, the Foundation has distributed grants to museums, archives, and arts organizations around the country to advance art historical research and exhibition development.