Wine enthusiasts from around the world are invited to celebrate “The Big One,” the 25th year of the High Museum Atlanta Wine Auction (March 22–25, 2017). The Auction is the largest charity wine auction in the United States benefiting the arts, the 10th largest overall in 2015 according to Wine Spectator magazine, and the largest fundraising event for the High Museum of Art. 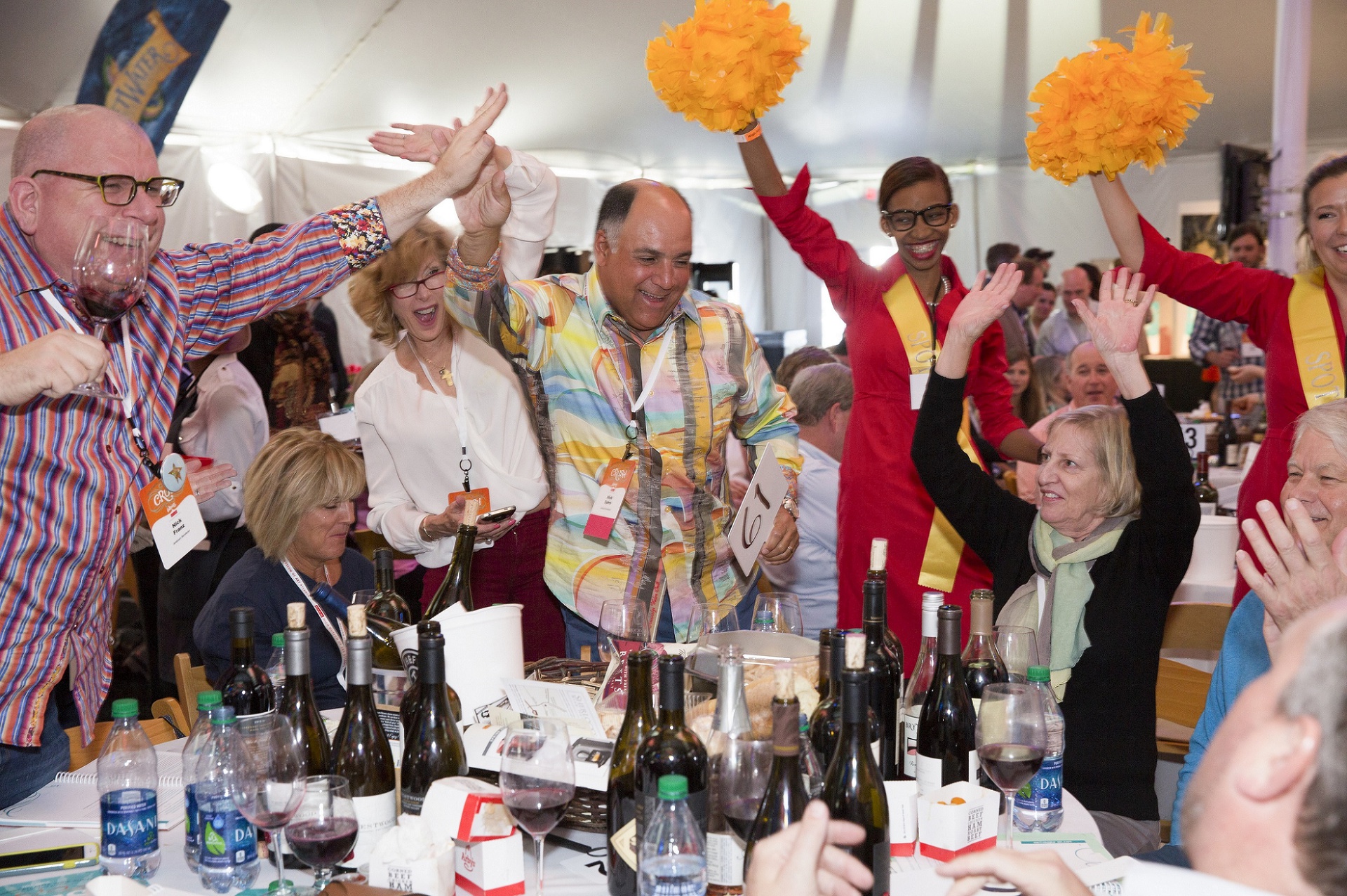 Wine enthusiasts from around the world are invited to celebrate “The Big One,” the 25th year of the High Museum Atlanta Wine Auction (March 22–25, 2017). The Auction is the largest charity wine auction in the United States benefiting the arts, the 10th largest overall in 2015 according to Wine Spectator magazine, and the largest fundraising event for the High Museum of Art.

Proceeds from the Auction have amounted to more than $26 million over the last 24 years and provide significant funding for the High’s exhibitions and educational programming. The Paddle Raise, which began in 2006, has contributed more than $1.3 million to the High’s Art Access program, subsidizing visits to the Museum for more than 110,000 students across all grade levels and providing teachers with classroom resources.

Since launching in 1993, the Wine Auction has welcomed more than 12,000 guests to its signature events, where they have uncorked more than 60,000 bottles of the finest wines from more than 400 of the world’s top wineries. In addition, more than 100 chefs have offered their culinary creations to Auction attendees, including those from Atlanta’s most renowned restaurants.

“The High Museum Atlanta Wine Auction has put Atlanta on the map for winemakers and food and wine lovers alike,” said Steven Satterfield, chef and owner of Atlanta restaurant Miller Union and a longstanding supporter of the Auction. “In its 25th year, the Auction continues to grow and thrive, uniting restaurants and chefs with winemakers and producers to generate exciting, engaging events filled with great food, amazing wine and good vibes. As the dining scene in Atlanta has grown, we’ve seen the Auction flourish as well, contributing to the recognition of our regional strengths on the national level.”

Jasmine Hirsch of California’s Hirsch Vineyards said, “Participating in the Wine Auction has enabled us to support an incredible institution doing great work in the city of Atlanta, and it has also introduced our wines to the city’s fantastic community of wine collectors and members of the wine trade.”

Each year the Wine Auction selects a special guest of honor and special guest chef. For the 25th anniversary year, the Wine Auction has selected two Special Guests of Honor, Jim Clendenen and Michael Browne. Clendenen, who has been a supporter of the Auction since the inaugural event in 1993, is the owner and winemaker of Au Bon Climat, which he founded in 1982. Dedicated to Burgundian varietals, Au Bon Climat has cultivated an international reputation for its Pinot Noir, Chardonnay, Pinot Blanc and Pinot Gris. In addition to his Burgundian-focused Au Bon Climat winery, Clendenen established Clendenen Family Vineyards, which allows him to make artisan, small lots of distinctive wines from a wider spectrum of varietals. A supporter of the Auction since 2008, Browne is co-founder and winemaker for Kosta Browne Winery, which he launched in 1997 with his partner Dan Kosta. Browne’s passion for wine started in the restaurant business, where he worked for 15 years before following his dream of becoming a winemaker.

“We’ve been coming to the High’s Wine Auction for almost 10 years now. Over that time we’ve made many new friends and are delighted to have seen the event grow into one of the premier wine auctions in the country. It is an honor and a privilege to continue to be a part of this great community, and we are thrilled to be a major part of the 2017 celebrations!” said Browne.

The Special Guest Chef for the 2017 Auction is Chris Hastings, owner and executive chef of Hot and Hot Fish Club in Birmingham, Ala. Hastings is distinguished as the 2012 winner of the James Beard Award for “Best Chef in the South.”

“We are so grateful to Mrs. Palefsky and Mrs. Potts for their support of this year’s events, which mark a major milestone for the Auction,” said Steven Hargrove, Wine Auction manager. “We are honored to welcome our esteemed special guests, who are longtime friends, and we are thankful for the support of our amazing volunteer committee, benefactors and generous corporate sponsors. We hope this will be our most successful year yet.”

“Since its inception 25 years ago, the High’s Wine Auction has been instrumental in supporting the Museum’s growth and impact,” said Rand Suffolk, the High’s Nancy and Holcombe T. Green, Jr., director. “Funds raised through this signature event continue to fuel mission-driven objectives including exhibitions, reduced admission fees and a wide range of educational programs. We’re honestly humbled and grateful for such ongoing investment in our efforts.”

Wine Auction Week officially begins March 22 and continues through March 25. The 2017 weekend events will take place in tents in the Green Lot at Turner Field. The week’s festivities include:

Prior to the week of March 22, the Auction will bring back a popular event from years past: the Secret Cellars Tours (Sunday, Feb. 26, 2017). These exclusive events welcome only 100 guests for the opportunity to explore some of Atlanta’s most prestigious wine cellars in private homes.