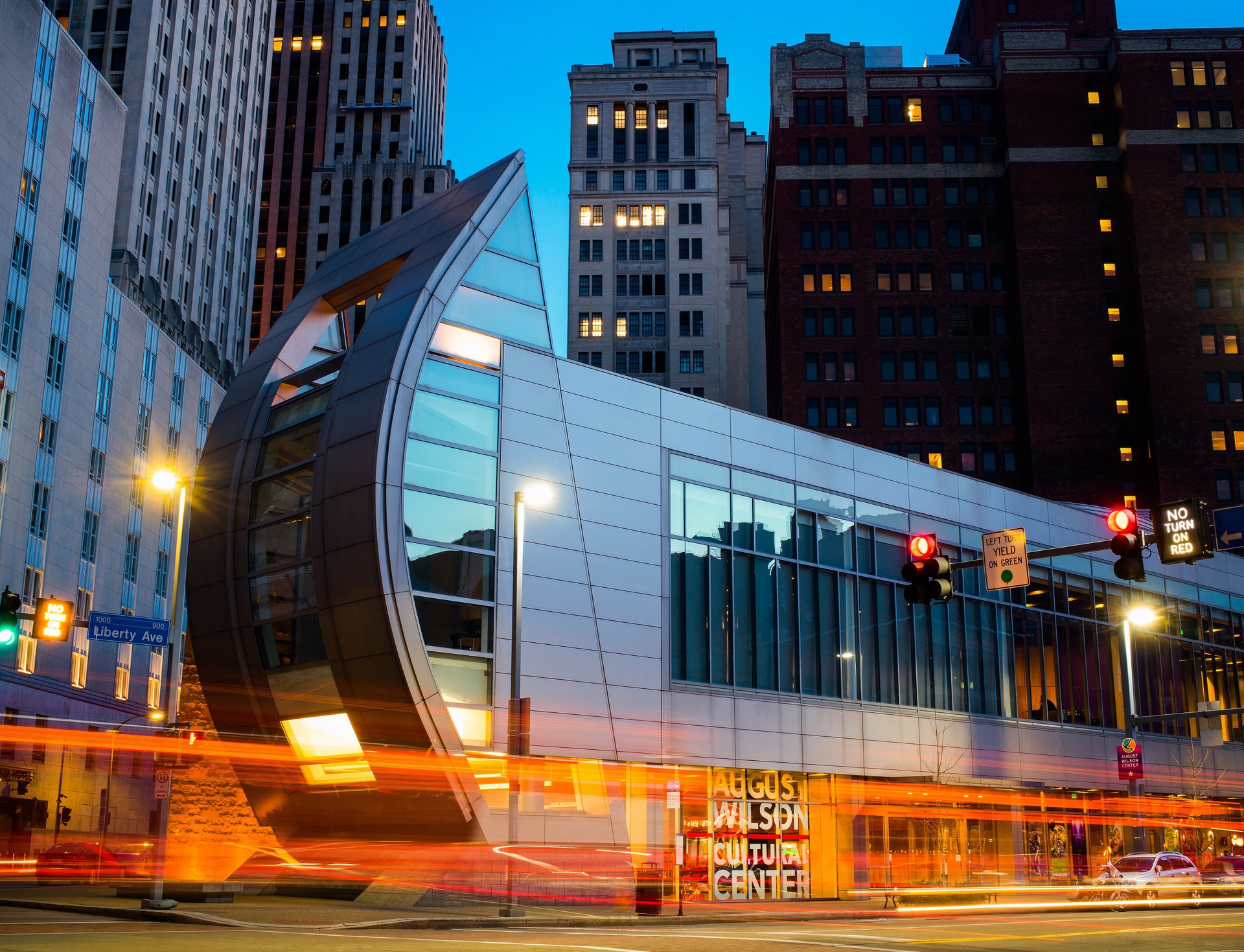 The August Wilson African American Cultural Center, one of the largest non-profit cultural organizations in the country focused exclusively on the African American experience and the arts of the African diaspora, announced today that it will create August Wilson: A Writer’s Landscape, the first-ever exhibition dedicated to the life and works of Pulitzer Prize-winning playwright August Wilson. Opening summer 2021, the 1,800 square foot permanent exhibition will explore the people and places of Pittsburgh, where Wilson was born and raised, and which had a profound impact on shaping his worldview and inspiring his unprecedented 10-play American Century Cycle.

The August Wilson African American Cultural Center provides a platform for established and emerging artists of color whose work reflects the universal issues of identity that Wilson tackled and which still resonate today, and the organization’s leadership had been considering how best to spotlight the playwright and his work since taking over two years ago. Presented in three sections, or acts, August Wilson: A Writer’s Landscape will showcase the universal themes the prolific playwright tackled and the enduring relevance of his work through reproductions and artifacts from Wilson’s life and notable productions of his work; elements that invite patrons to address the issues of race, representation, family, and community; and interactive digital components that showcase each play in the American Century Cycle.

Developed in partnership with Constanza Romero Wilson, Wilson’s widow and executor of the August Wilson Estate, and longtime Wilson collaborator and Tony Award-winning scenic designer David Gallo, the Center is working with leading design firms, scholars, and local artists to create the exhibition. August Wilson: A Writer’s Landscape, which will be free of charge and open daily,expands the non-profit organization’s mission to offer programs and resources that advance Wilson’s legacy, celebrate Black culture, and champion future innovators in arts and culture.

Leading design firm Eisterhold Associates Inc., whose work includes the Rosa Parks Museum in Alabama, the Harry S. Truman Presidential Library & Museum in Missouri, and the African American Museum in Philadelphia, will fabricate the exhibition, with support from Deeplocal, a Pittsburgh-based technical design firm. Generous support for August Wilson: A Writer’s Landscape is provided by Allegheny Regional Asset District and the Hillman Foundation. In addition, the Center is collaborating with Dr. Sandra Shannon, Professor of African American Literature at Howard University and a Wilson scholar, as well as local historians to recreate the historic Hill District and provide vital information to demonstrate the many changes that the community has endured.

“In the past two years the Center has seen a remarkable period of growth. It has long been our goal to create a permanent exhibition that celebrates the life of August Wilson, the Pittsburgh community that inspired him, and the ways in which his work and the issues he tackled continues to speak to audiences around the globe,” said Janis Burley Wilson, President and CEO of August Wilson African American Cultural Center. “A Writer’s Landscape will extend his legacy even further and allow all who come to the Center to immerse themselves in his world and his art. I’m incredibly grateful to Constanza Romero Wilson for being an integral collaborator and partner, and to the Allegheny Regional Asset District and Hillman Foundation for their support in making this vision a reality.”

“It is my honor to work with Janis Burley Wilson and the August Wilson African American Cultural Center, to educate and enlighten visitors about the life and work of my late husband, playwright August Wilson,” said Constanza Romero Wilson. “While his roots were firmly planted in the culture and history of Pittsburgh’s historic Hill District, the humanity of his characters and the universality of his stories about love, honor, duty, and betrayal are still making an international impact today. With this permanent exhibit we hope to secure his legacy for many generations to come.”

Born and raised in Pittsburgh’s Hill District, Wilson drew his greatest inspiration from the city and its people. Many of his works in the American Century Cycle, which almost exclusively take place in Pittsburgh and represent each decade of the 1900s, were largely informed by Wilson’s observations of the environment that surrounded him.

To bring Wilson’s story to life, August Wilson: A Writer’s Landscape will guide visitors through three sections, or acts:

“The August Wilson African American Cultural Center plays a vital role in our region’s cultural landscape and RAD is proud to support this permanent exhibition with a RADical ImPAct Grant,” said Daniel J. Griffin, Chairman of the Board of the Allegheny Regional Asset District (RAD). “These special, one-time grants were created in celebration of RAD’s 25th anniversary and were awarded to 12 projects that will inspire our region for the next 25 years. A Writer’s Landscape will do just that, honoring the legacy and tenacity of one of our most celebrated artists, and inspiring a new generation through his work and history.”

“August Wilson’s legacy is so much a part of Pittsburgh and Pittsburgh is so much a part of his work,” said David K. Roger, President of the Hillman Foundation. “We are pleased to support the August Wilson African American Cultural Center in designing this important exhibition that will highlight his imprint on literature and drama that is now celebrated around the world.”