The Bay Street Theater announced today that it is creating its first purpose-built home that will feature multiple theaters and spaces for the development of new work, dedicated education facilities, and outdoor performance and public spaces.

The celebrated Theater’s new home will be built on a newly acquired site at the entrance to historic Sag Harbor that runs continuously with John Steinbeck Waterfront Park, transforming what is currently a commercial space into a community resource. 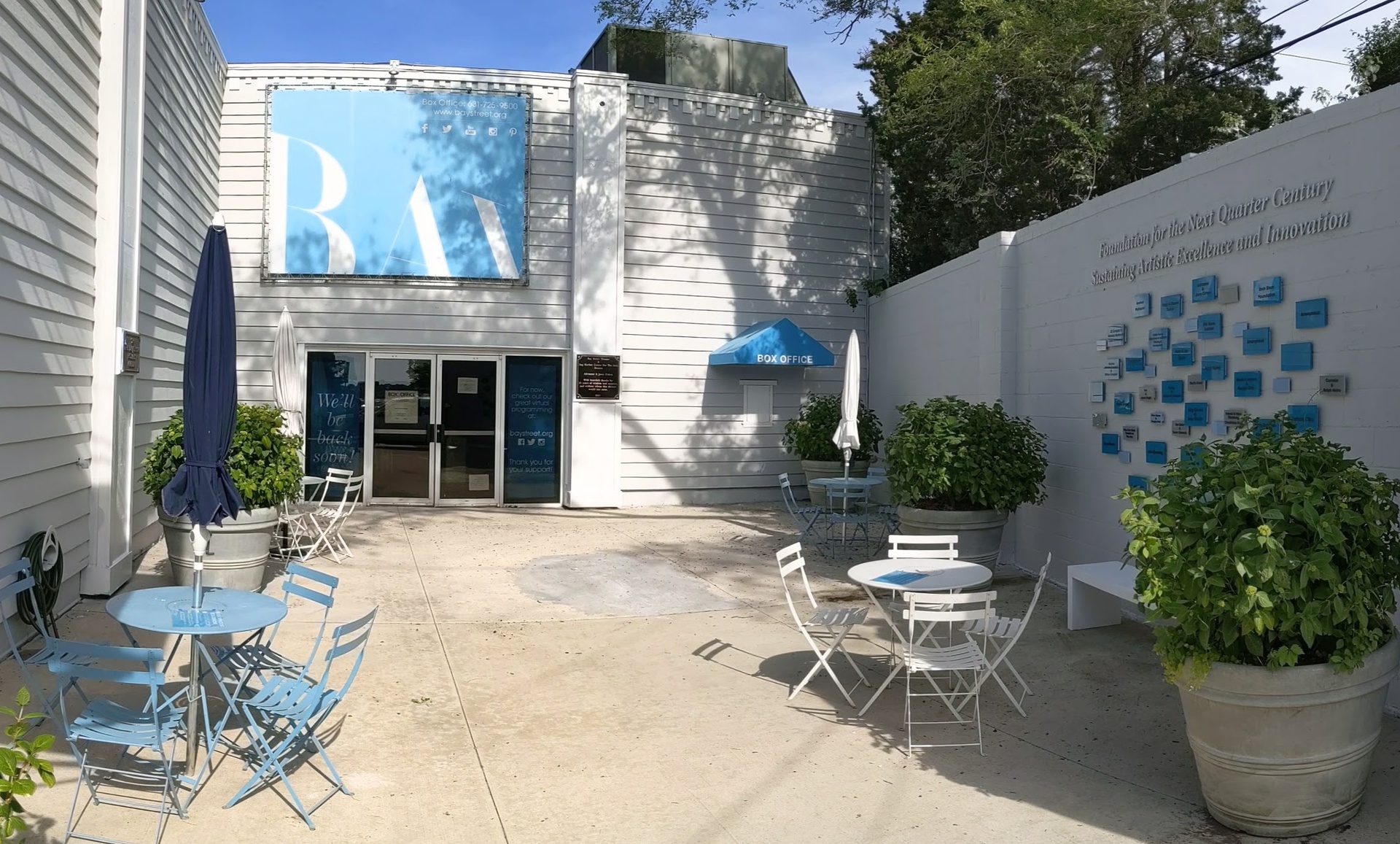 The Bay Street Theater announced today that it is creating its first purpose-built home that will feature multiple theaters and spaces for the development of new work, dedicated education facilities, and outdoor performance and public spaces.

The celebrated Theater’s new home will be built on a newly acquired site at the entrance to historic Sag Harbor that runs continuously with John Steinbeck Waterfront Park, transforming what is currently a commercial space into a community resource.

Now entering its 30th year, the non-profit professional theater is one of Long Island’s preeminent performing arts organizations and features a long history of developing and premiering acclaimed works that have moved to Broadway, Off-Broadway, and regional theaters across the country. Since its founding by theater royalty and central to its mission, Bay Street Theater has also served as a beloved educational and cultural catalyst for the East End, growing its arts education programs to serve more thousands of students each year and partnering with more than 30 local non-profits annually. The Theater is also the leading economic driver for the village, drawing visitors to the restaurants, stores, and hotels in its historic core.

To achieve this milestone project, Friends of Bay Street & Sag Harbor Redevelopment, a separate non-profit organization has been created to oversee the site’s development, including land acquisition, financing, fundraising, and design. Friends of Bay Street will work in tandem with the non-profit theater and its Board of Trustees on the creation of the multi-theater complex.

In building its own facility, Bay Street Theater is responding to the increasing demand for the cultural, educational, and economic resources it provides to people who live in and visit the region, and expands its home for a community of local and visiting artists. The Theater’s new home will be located on a site that currently houses a small strip mall. Friends of Bay Street’s leadership is currently working with the owners of these small businesses to help them relocate to new sites within the town. Bay Street’s future home is nearly cater-corner to its current home in a retrofitted torpedo factory and is located at the foot of Sag Harbor’s newly restored Long Wharf.

“The creation of a permanent home for Bay Street has long been a goal for all of us at the organization, and I’m thrilled that, along with the Friends of Bay Street, we are able to build upon the work of our visionary founders Sybil Christopher, Emma Walton Hamilton, and Stephen Hamilton, to make that dream a reality,” said Tracy Mitchell, Executive Director of Bay Street Theater. “I’m incredibly grateful to Bay Street Theater’s Chairman, Steven Todrys, and the entire Board of Trustees for their support and leadership at this incredible juncture as we enhance the artistic contributions we make to the field and the home we provide to our wonderful community.”

“Sag Harbor has long been an artistically vibrant and diverse community, and a home to actors, playwrights, and artists who we look forward to welcoming to our new purpose-built space,” said Scott Schwartz, Artistic Director of Bay Street Theater. “The past decade has been a time of momentous growth for the Theater, as we’ve welcomed award-winning performers, directors, and designers to our stage and mounted acclaimed productions of new works by writers including Alena Smith, Jonathan Tolins, Jules Feiffer and Andrew Lippa; and important modern plays and musicals such as Lynn Nottage’s Intimate Apparel; Grey Gardens, which is set in our community; and Michael Arden’s revolutionary production of My Fair Lady. Our new home will greatly increase our ability to continue to present a world-class experience for our artists, audiences and students while providing a new community gathering place for generations to come."

“Today is a foundational next step in the history and ongoing trajectory of Bay Street Theater as well as for the Sag Harbor community. The location of the new complex will offer residents and visitors access to the revitalized waterfront and even more space for productions and community offerings, expanding the Theater as a hub for engagement and creativity,” said Adam Potter, Founder and Chairman of Friends of Bay Street. “Not only is the project an investment in the future of both Sag Harbor and non-profit theater, it allows Bay Street Theater to expand its role as a major cultural, civic, and economic resource in the region.”

Friends of Bay Street plans to break ground in mid-2021 with completion currently anticipated for 2023. The architect for the new building will be announced in the coming months along with greater details about its facilities and special features. The center will include multiple theaters, including a mainstage theater that will retain the well-known intimacy of the original venue, while offering additional fixed and flexible spaces to accommodate different configurations keyed to artistic vision and production needs. The facility will feature dedicated space for the organization’s year-round educational programs for children and adults, a center for new work development, a shop and scenery storage, special events, and professional development initiatives. This flexibility will permit Bay Street Theater to engage in more original works, co-productions and partnerships.

Bay Street Theater & Sag Harbor Center for the Arts is led by the Executive Director, Tracy Mitchell, and Artistic Director, Scott Schwartz. Mitchell who joined the Theater in 2008, came to Bay Street after a 20-year career as a television and film producer for which she received two primetime EMMY nominations, the Gracie Award, and numerous CableACE Awards. Longtime theater director Schwartz joined the Theater in 2013. Schwartz directed Broadway productions of Golda’s Balcony and Jane Eyre, and numerous productions Off-Broadway including Outer Critics Circle Award-winning Bat Boy: The Musical, and tick, tick…BOOM!. Adam Potter, a senior executive leader in the insurance industry who has created and led various nonprofit charitable organizations, is leading Friends of Bay Street Theater in the development of the new theater complex.

Many of the productions that premiered or were developed at Bay Street have moved to Broadway, Off-Broadway, and regionally, including Grey Gardens; As You Like It directed and designed by John Doyle; Hedda Gabler; Nobody Don’t Like Yogi; Love, Janis; If Love Were All; Full Gallop; Swingtime Canteen;and Three Hotels.