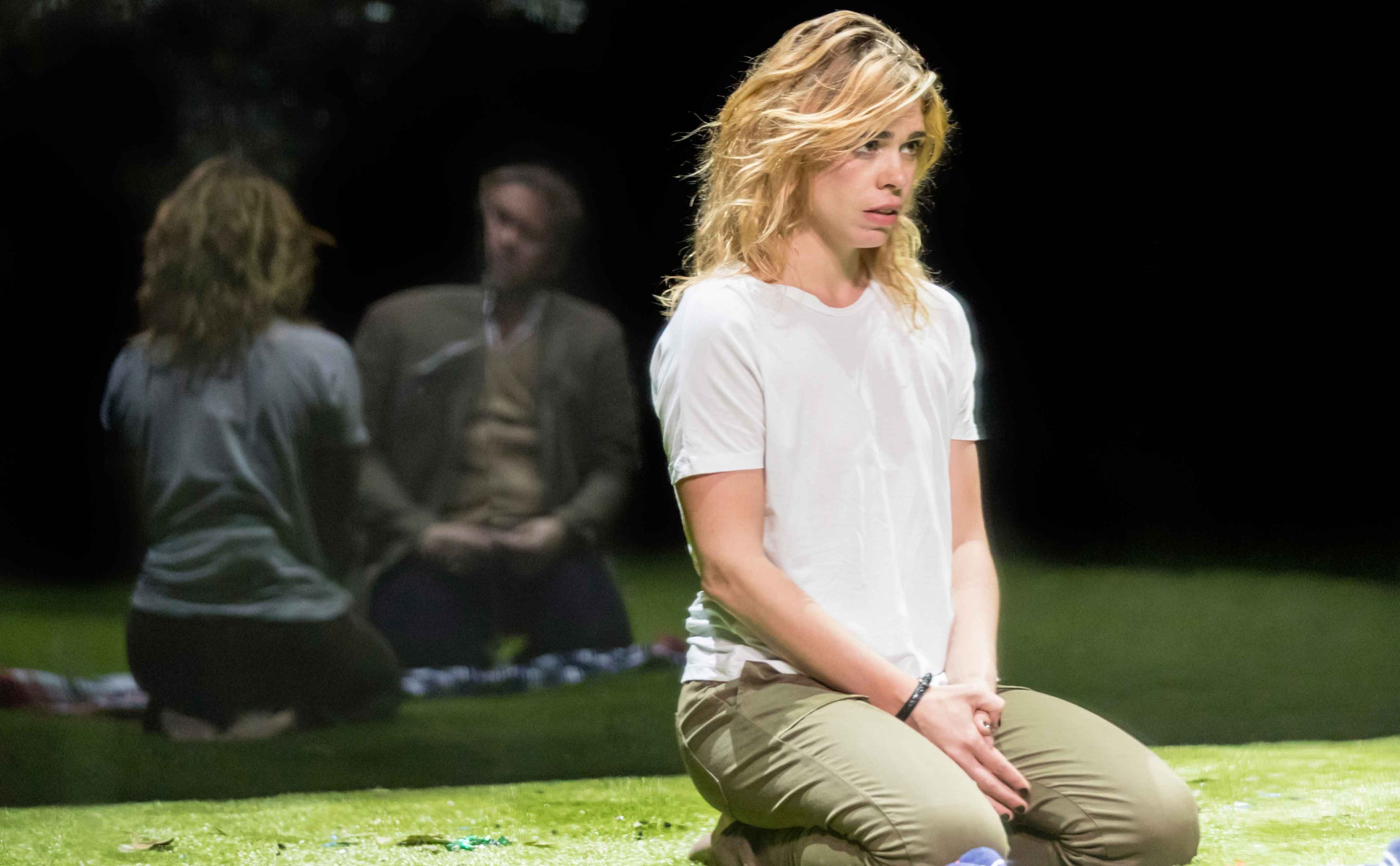 Image
Billie Piper in Yerma at the Young Vic. Photo by Johan Persson

Kicking off the Park Avenue Armory’s 2018 Season, director and playwright Simon Stone brings his heart-wrenching, Olivier Award-wining reinterpretation of Federico García Lorca’s 1934 play Yerma to the Wade Thompson Drill Hall. The production stars actress Billie Piper who will reprise the role for which she won the 2017 Olivier Award and the Natasha Richardson Award for Best Actress at the Evening Standard Theatre Awards in 2016. The Armory production marks both Piper and Stone’s North American stage debuts. Continuing the Armory’s tradition of pushing the boundaries of theater through non-traditional stagings, Yerma unfolds within glass walls, sequestering the audience from the world of the play, heightening themes of entrapment, vulnerability, and scrutiny present in Stone’s adaptation.

Lorca’s Yerma, originally set in 20th-century provincial Spain, follows the eponymous character who is driven to madness in her desire yet inability to have a child. Emblematic of Stone’s adaptive style—updating canonical works to both emphasize the timelessness of these classic plays and expose the ironic anachronisms of modern life—Yerma is set in twenty-first century London and centers on the unnamed character “Her” as she struggles to conceive. Stone’s acclaimed production premiered at the Young Vic in London in 2016 and in 2017 was remounted due to popular demand and broadcast worldwide by National Theatre Live. Performances at the Armory will begin March 23, 2018, and run through April 21.

“We are excited to bring Simon Stone’s lauded adaptation of Federico García Lorca’s Yerma to the only space in New York where it could be seen—Wade Thompson Drill Hall. With both Stone and the truly amazing Billie Piper reprising the Olivier awarded-winning production in their North American stage debuts, it will be a special, not-to-be-missed performance,” said Rebecca Robertson, President and Executive Producer of Park Avenue Armory. “With its stunning production elements and deeply resonant subject matter, Yerma continues the Armory’s legacy of presenting theater that overtakes the senses and creatively engages the audiences in surprising and memorable ways.”

In Yerma, Billie Piper plays a blogger and journalist who becomes obsessed with her own fertility. Once she and her partner decide to have a child, Piper becomes interpellated into an identity defined exclusively by childbearing. The difficulty of infertility not only deeply impacts “Her,” it also begins to destroy her relationships with others. Throughout the process, she documents her trauma online, relaying deep and intimate secrets within the ruthless echo-chamber of the Internet.

Cocooned within the Wade Thompson Drill Hall, Yerma takes place within the confines of large glass walls, built at a scale to fit the grand architecture of the space. The set, designed by Lizzie Clachan, encapsulates the action of the play and bisects the audience to position viewers on either side of the structure, peering into the lives of the characters.

“Simon Stone is one of the most exciting young directors of our time,” said Pierre Audi, Artistic Director of Park Avenue Armory. “So many theatrical classics are buried amidst the influx of novelty, but Simon is rehabilitating subjects and themes often seen as antiquated but that are still relevant today and merit contemplation. With Yerma, Stone reminds us that in many ways, not much has changed when it comes to the insidious social and personal pressures wrapped up in domestic impulses. This is one of the most emotional, human productions the Armory has ever presented.”

The Armory’s theatrical season continues with the North American premiere of director Ivo van Hove’s acclaimed stage adaptation of The Damned (July 17-28, 2018), a chilling and topical rumination on moral corruption in politics and society, performed by the Comédie-Française in its first New York appearance in more than a decade.

Previous theatrical presentations at the Armory have included A Room in India by Théâtre du Soleil under the direction of Ariane Mnouchkine; Eugene O’Neill’s The Hairy Ape, directed by Richard Jones and starring Bobby Cannavale; Chekhov International Theatre Festival’s staging of Boris Godunov; the unprecedented residency of the Royal Shakespeare Company in performances of five productions in repertory over six weeks; and the Armory’s production of Macbeth directed by Rob Ashford and Kenneth Branagh in a staging that transformed the Wade Thompson Drill Hall into a Scottish heath and henge and drew audiences into the blood, sweat, and elements of nature as action unfurled across a traverse stage.