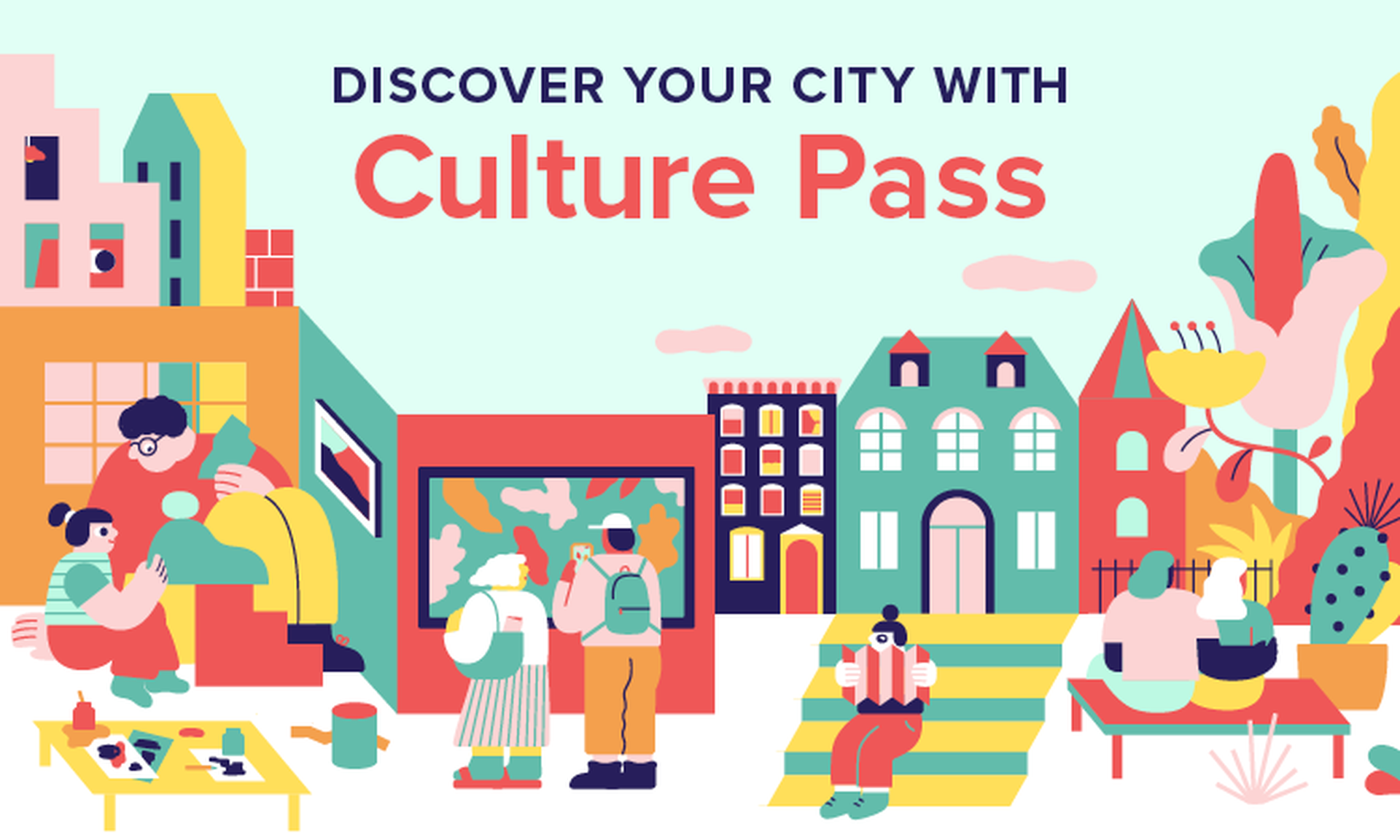 Brooklyn Public Library (BPL), The New York Public Library (NYPL, serving Manhattan, the Bronx, and Staten Island), and Queens Library announced today that they have joined together to launch Culture Pass, a library-led, city-wide initiative providing free access to myriad cultural institutions across the five boroughs to the millions of library card holders. Through the new initiative, patrons may visit, at no cost, 33 of the city’s cultural institutions ranging from the Whitney Museum in Manhattan and the Brooklyn Botanic Garden to the Noguchi Museum in Queens, Wave Hill in the Bronx, and Historic Richmond Town on Staten Island.

Through Culture Pass, participating cultural institutions will provide day-passes for library cardholders to reserve online—from computers at library branches, personal devices, or anywhere they access the internet—and then display the printed or digital pass to gain free admission to a specified museum, cultural heritage site, garden, zoo, or performance venue, with the option of bringing between one and three guests. Culture Pass organizations donate passes to the program on a monthly basis and are offered the opportunity to reach new audiences by reserving a portion of the passes for patrons living in underserved neighborhoods.

“As the most democratic institution in our society, the library’s core mission is to provide resources for learning, culture, and creativity to people of all ages and backgrounds—in essence to provide access to the world’s collective knowledge,” said Linda E. Johnson, President and CEO of Brooklyn Public Library. “Culture Pass will help build awareness, expand audiences, and provide access for library patrons to New York’s world-class museums and cultural institutions. We are thrilled to be joining forces with such esteemed visual arts and science museums.”

“New York City is home to some of the world’s most remarkable museums, parks, and cultural institutions,” said New York Public Library President and CEO Anthony W. Marx. “At The New York Public Library, we work every day to ensure that all New Yorkers can take advantage of all these unique destinations in order to learn, grow, and benefit from the city’s great wealth of information and enriching experiences. Culture Pass is an exciting way to expand that work and help all New Yorkers explore and discover the city’s treasures.”

“Culture Pass is going to be one of the hottest tickets in town for New York City’s public library cardholders,” said Queens Library President and CEO Dennis M. Walcott. “We are grateful to the Revson Foundation, the Stavros Niarchos Foundation, the New York Community Trust, and all of the participating cultural institutions for opening up new avenues of wonder, discovery, and learning for all. This initiative also presents a tremendous opportunity for libraries to deepen partnerships with our city’s museums, gardens, and repositories of local history, and together build even stronger communities.”

“Libraries are already the gateway to knowledge, and now they can help connect New Yorkers with our city’s world-class cultural institutions,” said Mayor de Blasio. “This is another way that our libraries will continue to be the beating heart of communities across the city.”

“In a city so rich with creative activity, every New Yorker deserves to have access to transformative cultural experiences,” said NYC Cultural Affairs Commissioner Tom Finkelpearl. “We’re proud to support this exciting new partnership between our libraries and a diverse group of arts organizations, another way that we’re helping to connect New Yorkers with culture in every neighborhood across the city. CreateNYC called for supporting even stronger linkages between local libraries and the cultural sector, and this is one way we’re delivering."

“Everyone should have access to the arts and culture,” said Chair of the New York City Council’s Committee on Libraries and Cultural Affairs Jimmy Van Bramer. “New York City’s cultural offerings are what make our City the greatest in the world. Our libraries are leading the charge in making sure that everyone can have access to the life changing programming that our cultural organizations provide. Culture Pass is a game changer for bringing equal access to every New Yorker who has a library card!”

Cultural institutions participating in Culture Pass, as of July 16, 2018, include:

In addition to providing passes to this inaugural group of venues, the Culture Pass team is working with select participating institutions to develop new, integrated educational programs at branch libraries tied to the cultural experiences offered through Culture Pass, including workshops, readings, artist or author talks, and other engagement opportunities.

To coincide with the program launch, the Culture Pass team is kicking off a comprehensive campaign to build public awareness of the program through targeted promotional efforts to the city’s underserved communities, and will begin extensive, in-person promotion at participating cultural institutions and throughout the three library systems, which encompass 214 branches in communities across the city that see nearly 40 million visitors each year. Printed materials will be available in a wide variety of languages, including Spanish, Mandarin, Russian, and Arabic, to heighten program awareness among the city’s diverse constituents.

“The impact of the Culture Pass will be monumental. Thousands of library users, who make up the heart of the city, will be welcomed to participate and enjoy NYC’s extraordinary array of cultural riches,” said Stelios Vassilakis, Director of Programs & Strategic Initiatives at the Stavros Niarchos Foundation. “SNF is proud to support this project and thankful for the partnership between all three library systems.”

“This partnership between New York City’s three great library systems and its world-class cultural institutions is unprecedented and will reach into every community throughout the five boroughs,” said Julie Sandorf, President of the Charles H. Revson Foundation. “We are honored to support Culture Pass.”

“Every New Yorker should be able to explore the city’s treasure trove of museums and cultural institutions—regardless of income,” said Kerry McCarthy, The New York Community Trust’s program director for Thriving Communities. “This program gives them the key."

“Everyone should have access to the arts and culture,” said Chair of the New York City Council’s Committee on Libraries and Cultural Affairs Jimmy Van Bramer. “New York City’s cultural offerings are what make our City the greatest in the world. Our libraries are leading the charge in making sure that everyone can have access to the life changing programming that our cultural organizations provide. Culture Pass is a game changer for bringing equal access to every New Yorker who has a library card!”