A Night of Philosophy and Ideas 2018 to Include Flash Philosophy Workshop and Talks Curated by The New York Times “The Stone” Editors and Keynote Address by George Yancy, Philosopher and Author of “Dear White America” 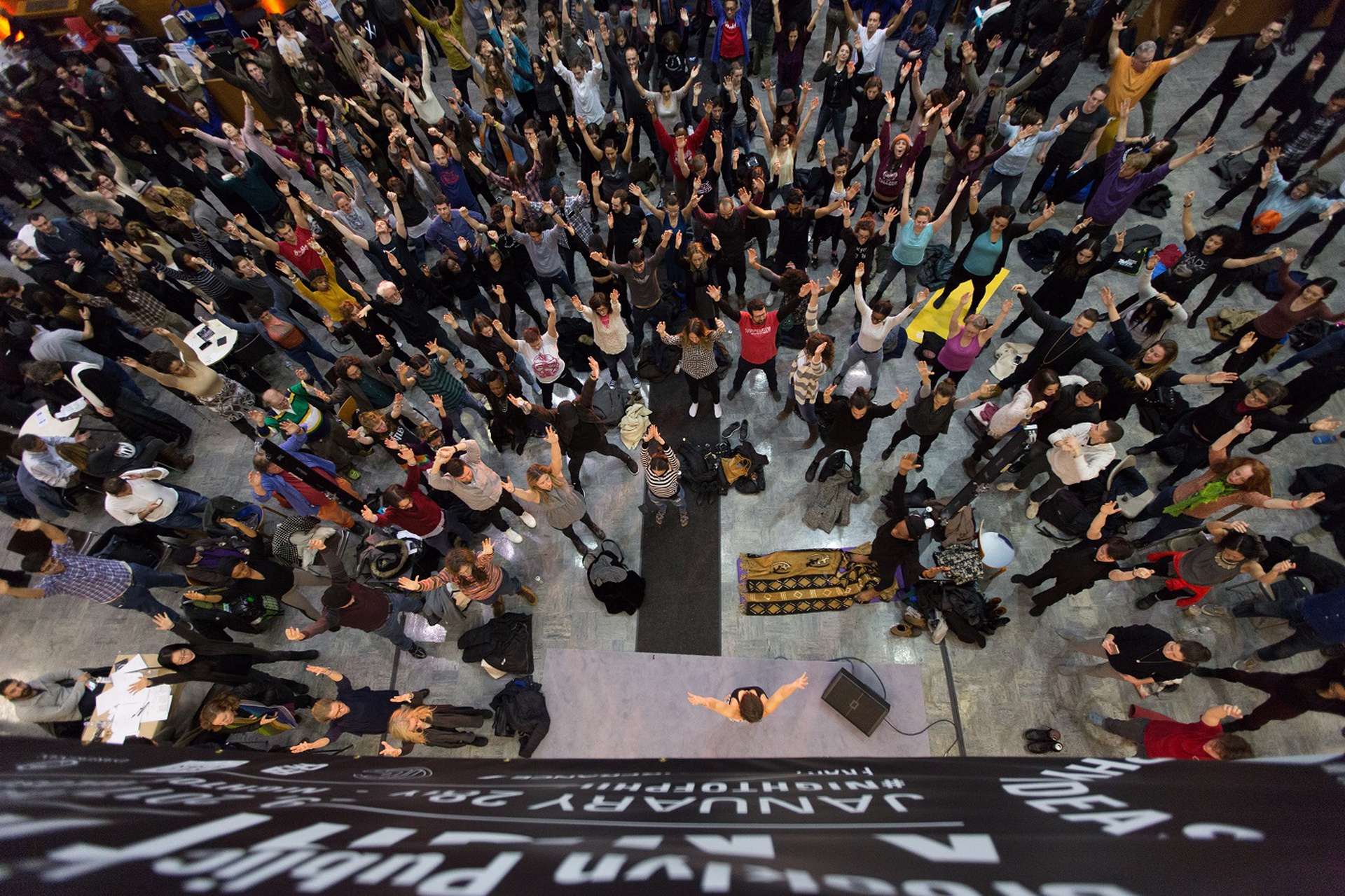 A Night of Philosophy and Ideas 2018 to Include Flash Philosophy Workshop and Talks Curated by The New York Times “The Stone” Editors and Keynote Address by George Yancy, Philosopher and Author of “Dear White America”

Brooklyn Public Library (BPL) and the Cultural Services of the French Embassy will present A Night of Philosophy and Ideas 2018, a sunset-to-sunrise event bringing philosophers, musicians, artists, and authors from around the world together with the Brooklyn and Greater New York community through a series of conversations and performances from 7:00 p.m. to 7:00 a.m. on January 27–28, 2018, at the historic Central Library at Grand Army Plaza.

Coinciding with the 50th anniversary of transformational student-led protests in France, and punctuated by a keynote address by “Dear White America” author and Emory University professor of philosophy George Yancy, A Night of Philosophy and Ideas 2018 will explore how collective action can inform public affairs and daily life, and motivate national and international change.

“On January 27, there is no better place to be than Central Library on Grand Army Plaza,” said Brooklyn Public Library President and CEO Linda E. Johnson. “We will open our doors to all of New York at 7:00 p.m. and stay up all night for a marathon of philosophical debate, performances, screenings, readings, music and more.”

“We are thrilled to welcome the Brooklyn community and our neighbors from across New York and around the world back to the Brooklyn Public Library for A Night of Philosophy and Ideas,” said László Jakab Orsós, BPL’s Vice President of Arts and Culture. “With our partners at the French Embassy, we have assembled an event that will expose speakers and audience members alike to challenging and exciting new ideas from a multiplicity of viewpoints, which is, of course, precisely what the Library is designed to do.”

“50 years after the transformative May ’68 student-led protests in France, we are reminded of the importance of public spaces that allow us to reflect on the most difficult questions within our shared global community,” said Bénédicte de Montlaur, Cultural Counselor of the French Embassy in the United States. “In our second year of collaboration with BPL on Night of Philosophy and Ideas, we will revisit the spirit of the ’60s in all of its facets, from revolution and social activism to love, religion, and compassion, with lectures tackling topics from feminism to race, gender and spirituality. We have brought together an exceptional group of philosophers, musicians, artists, and authors to forge links and provoke ideas that will resonate long after the sun rises on January 28.”

Throughout the night and into the early morning, philosophers will present topics and debate ideas on a wide range of issues, those both timely and timeless, including the “dilemma series”: interactive sessions which will engage participants in discussions about the everyday philosophical quandaries we all face.

Participants will also enjoy musical performances, film screenings, and interactive performance artworks including a special show by the team members of Compagnie XY, a renowned French artistic acrobatic troupe who will perform a dramatic one-of-a-kind show in Central Library’s Grand Lobby throughout the night, along with a 360-degree dystopian virtual-reality experience, Planet ∞, by Momoko Seto in the Trustees Room.

National Sawdust, an artist-led nonprofit music organization, will host a salon including Grammy-nominated composer and jazz singer Theo Bleckmann singing “Zippo songs”—composed by Phil Kline and based on engravings by soldiers in Vietnam on their Zippo lighters.

The Library will also fill with the sounds of the Brooklyn Art Song Society and the Women’s March Resistance Revival Chorus.

Claude Lanzmann’s acclaimed nine-hour documentary film, Shoah, will play all night, commemorating the anniversary of the liberation of Auschwitz on January 27, 1945. A selection of silent short films about the events in Paris in May 1968, by a group of uncredited filmmakers that included Jean-Luc Godard and Alain Resnais, will also be screened.

A community yoga session held in the Grand Lobby will take place in the early-morning hours to refresh and revive participants.

At dawn, 25 centuries after Plato’s Symposium, eight philosophers and traditional Greek musicians will gather around a table to create a Symposium on Love.

Additional events will include a flash philosophy workshop presented by The New York Times philosophy blog “The Stone,” in which participants can pitch short essay topics to the blog’s editors and moderator, Simon Critchley.

Additional philosophers and topics will include the following and a full list of events may be found at: https://www.nightofphilosophyandideas.com.

Night of Philosophy and Ideas will also feature:

A Night of Philosophy and Ideas returns to the Central Library following BPL’s fall 2017 season, which brought writers, artists, critics, and intellectuals including Salman Rushdie, Orhan Pamuk, Alice McDermott, Isabel Allende, and David Grossman, among many others, into conversation with the Brooklyn and larger New York community.