Celebration of Shortlist Authors and Reading of Excerpts from Selected Titles On Thursday, October 21 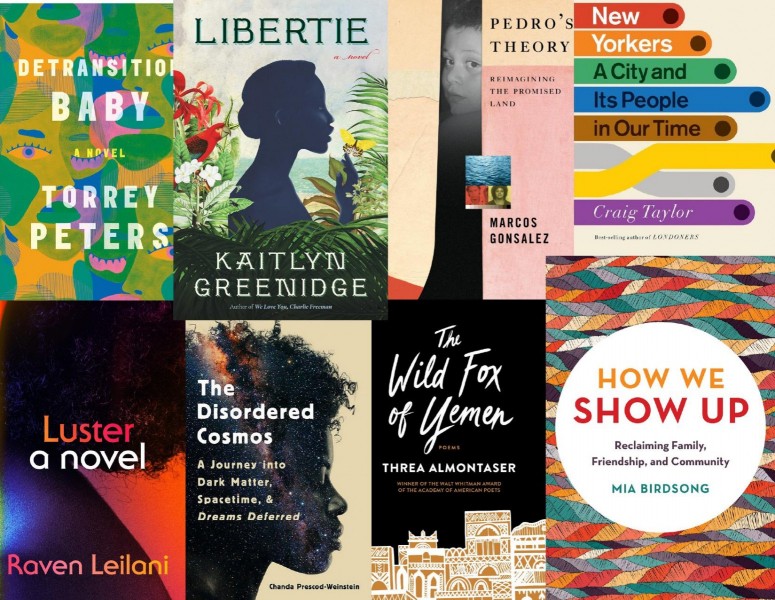 Brooklyn Public Library (BPL) today announced the eight works shortlisted for fiction/poetry and nonfiction for the 2021 Brooklyn Public Library Literary Prize. BPL librarians and staff from across the borough drew on both their broad knowledge of literature and their unique insights into the communities they serve to select titles that reflect BPL’s mission to inspire the people of Brooklyn to explore and engage with issues of both local and global importance while celebrating Brooklyn’s unparalleled spirit.

On Thursday, October 21, at 7 p.m. ET, BPL will host a virtual shortlist celebration, featuring all the nominated authors reading excerpts from their shortlisted works. For additional information and to register for the event, click here.

This year’s finalists in both the fiction and poetry and nonfiction categories challenge readers with new perspectives on race, gender, relationships, and the immigrant experience. A theoretical physicist confronts racism in science, a transgender woman grapples with the consequences of her partner’s decision to detransition, and a young Muslim woman living in New York learns to adapt to the space between cultures. Whether connected by author, subject matter, or theme, each book on the shortlist has a connection to Brooklyn, and together they represent the vast diversity and spirit of the borough.

“Writing on the immigrant experience, transgender rights, and the challenge of finding community, the finalists for the Brooklyn Public Library Literary Prize are a daring group of storytellers, inspired by this great borough and the complex subject matters which impact us all,” said Linda E. Johnson, President and CEO of Brooklyn Public Library.

Many of the authors live in the borough, and for others Brooklyn serves as their inspiration and subject: Kaitlyn Greenidge, whose debut novel was nominated for BPL’s 2016 literary prize was influenced by her time working at Weeksville Heritage Center to write Libertie, a novel detailing the protagonist’s childhood in Brooklyn. Raven Leilani’s debut novel, Luster, tells the story of a young Black woman struggling with a complex romantic relationship while living in Bushwick. Journalist Craig Taylor’s New Yorkers: A City and Its People in Our Time, catalogues New York in the first twenty years of the twenty-first century through interviews with residents from all walks of life.

"We are so proud of this year's shortlist. The committees worked hard to select a list of books that we believe represent Brooklynites and their diverse lived experiences. After such a challenging year, it was important to us to pick books that reflected the resilience and strength of our borough. We believe we did that. If there's one thread that ties these books together, it's that they all (to some degree, at least) consider what it means to be a part of a community and what it means to show up for that community," said Librarian Jess Harwick, chair of the Brooklyn Public Library Literary Prize Fiction Committee.

The Brooklyn Public Library Literary Prize was established in collaboration with the Brooklyn Eagles, a group of young and engaged Brooklynites who are passionate about Brooklyn Public Library and work to engage patrons, promote the Library as a cultural center, and build a vibrant community around the resources the Library offers. The winners of the fiction and nonfiction award, who each receive a $5,000 prize, will be announced in early November at a virtual Brooklyn event.

How We Show Up: Reclaiming Family, Friendship, and Community (Hachette Go)

New Yorkers: A City and Its People in Our Time (W.W. Norton & Company)