Convening Nobel and Pulitzer Prize-winning authors for talks, conversations, and readings, and launching newly commissioned programs, including an international lecture series and a literary film festival. 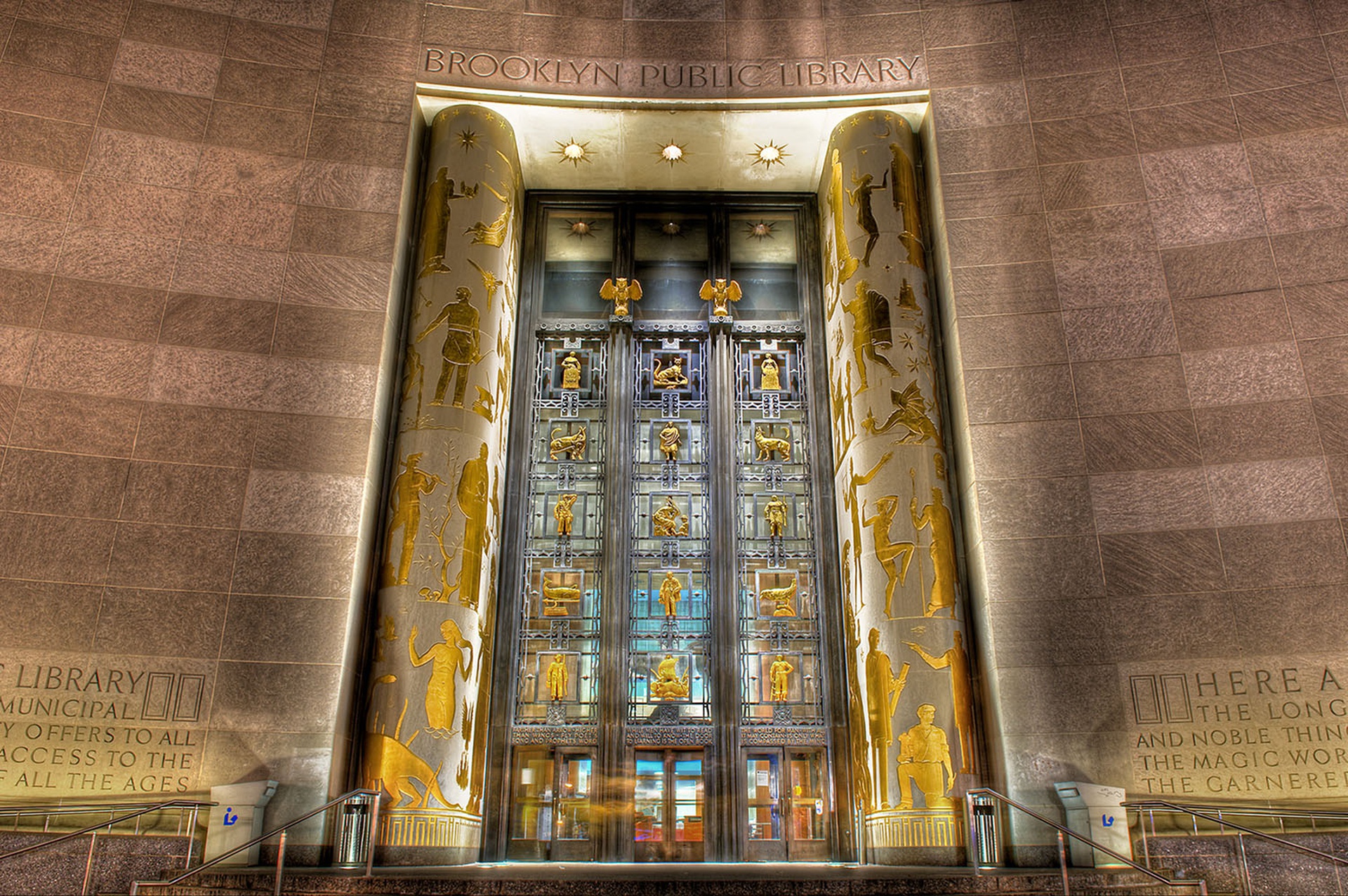 Convening Nobel and Pulitzer Prize-winning authors for talks, conversations, and readings, and launching newly commissioned programs, including an international lecture series and a literary film festival.

Brooklyn Public Library (BPL) today announced its 2017 fall season, expanding its role as a civic leader in convening world-renowned writers, scholars, critics, and artists with the broader public to discuss issues that are vital to communities in New York and the nation. The fall season features a dynamic lineup of free, thought-provoking events, including: a newly BPL-commissioned lecture series that asks cultural leaders from around the world to share their thoughts on the important role of libraries in society, talks and readings with internationally acclaimed authors timed to the release of their new books, the debut of a four-day literary film festival, and panel discussions with scholars and critics on such topics as the future of democracy and the maternal mortality crisis in the U.S., among many others. Offering a wide range of free events, Brooklyn Public Library’s fall season is indicative of its commitment to producing innovative programs that engage diverse audiences and bring people together to explore new and socially relevant ideas.

“By providing free and open access to some of the most influential minds of our time, Brooklyn Public Library is staying at the forefront of our civic debate,” said Linda E. Johnson, President and CEO of Brooklyn Public Library. “In hosting readings, community conversations, lectures, performance art, films and more, the Library remains committed to encouraging new ways of thinking and understanding between one another.”

László Jakab Orsós, Vice President of Arts and Culture of Brooklyn Public Library added, “This fall, we are featuring leading literary voices and launching a series of new cultural programs conceived by the Library, such as a Message from the Library with David Grossman and an international literary film festival. Our intention with the fall program is to show that the Library is not a simple cultural destination. It is a place that constantly urges us to ask questions and seek answers within and outside of our collection.”

Kicking off the fall season in September, Salman Rushdie will discuss his much-anticipated new novel, The Golden House (Random House, Sept. 2017), in a moderated conversation led by award-winning writer Colum McCann, marking the acclaimed author’s return to realism for the first time since his 1981 novel, Midnight’s Children. Also in September, as part of the Brooklyn Book Festival, BPL will host a tribute to pioneering poet Marianne Moore in celebration of her newly released anthology, New Collected Poems: Marianne Moore (Farrar, Straus and Giroux, June 2017). Beginning in September and continuing throughout the fall season, Brooklyn Public Library will present a number of conversations and talks with award-winning authors about their latest and forthcoming publications, exploring the political, economic, and social themes that run through their new works, such as immigration, inequality, and corruption. Authors featured in the series include: Kurt Andersen on Fantasyland: How America Went Haywire (Random House, Sept. 2017),Muhammed Yunus on A World of Three Zeros (PublicAffairs, Sept. 2017), Isabel Allende on In the Midst of Winter (Atria Books, Oct. 2017), Orhan Pamuk on The Red-Haired Woman (Knopf, Aug. 2017), Matthew Desmond on Evicted: Poverty and Profit in the American City (Crown, March 2016), and Alice McDermott on The Ninth Hour (Farrar, Straus and Giroux, Sept. 2017).

In October, civil rights activist and poet Sonia Sanchez will lead Brooklyn Public Library’s Campfire Conversations—a series of themed community conversations on contemporary issues around an outdoor campfire at the Lefferts Historic House in Prospect Park. In early December, Brooklyn Public Library will launch a four-day international literary film festival—celebrating feature films and documentaries that tell the stories of writers, editors, and the literary world. Featuring eight film screenings, includingNew York premieres, the festival will showcase documentaries and experimental works from around the world that explore literary themes. Screenings will be complemented by a panel discussion or talkback with directors and writers. Additionally, the Library will host a series of Yoga & Poetry events, an initiative that features yoga classes paired with readings by major living poets, such as former Brooklyn poet laureate D. Nurkse.

The fall season will conclude with a Message from the Library—a new, international lecture series produced by Brooklyn Public Library that asks leading thinkers to speak to the important role of libraries in society. David Grossman, winner of the 2017 Man Booker International Prize, will deliver the inaugural Message from the Library, sharing some of his views on critical world issues and how libraries provide a safe space for the community to explore these current social topics and ask important questions.

Looking ahead to January 2018, Brooklyn Public Library will host A Night of Philosophy & Ideas—an all-night marathon of debate and performances with philosophers and Brooklynites produced in collaboration with the Cultural Services of the French Embassy. Details about this series will be released later in the fall.