Nonfiction Prize Awarded to Richard Rothstein for The Color of Law: A Forgotten History of How Our Government Segregated America; Fiction & Poetry Prize Awarded to Tommy Pico for IRL, an epic poem on queerness, Native American history, and coming of age in the digital era 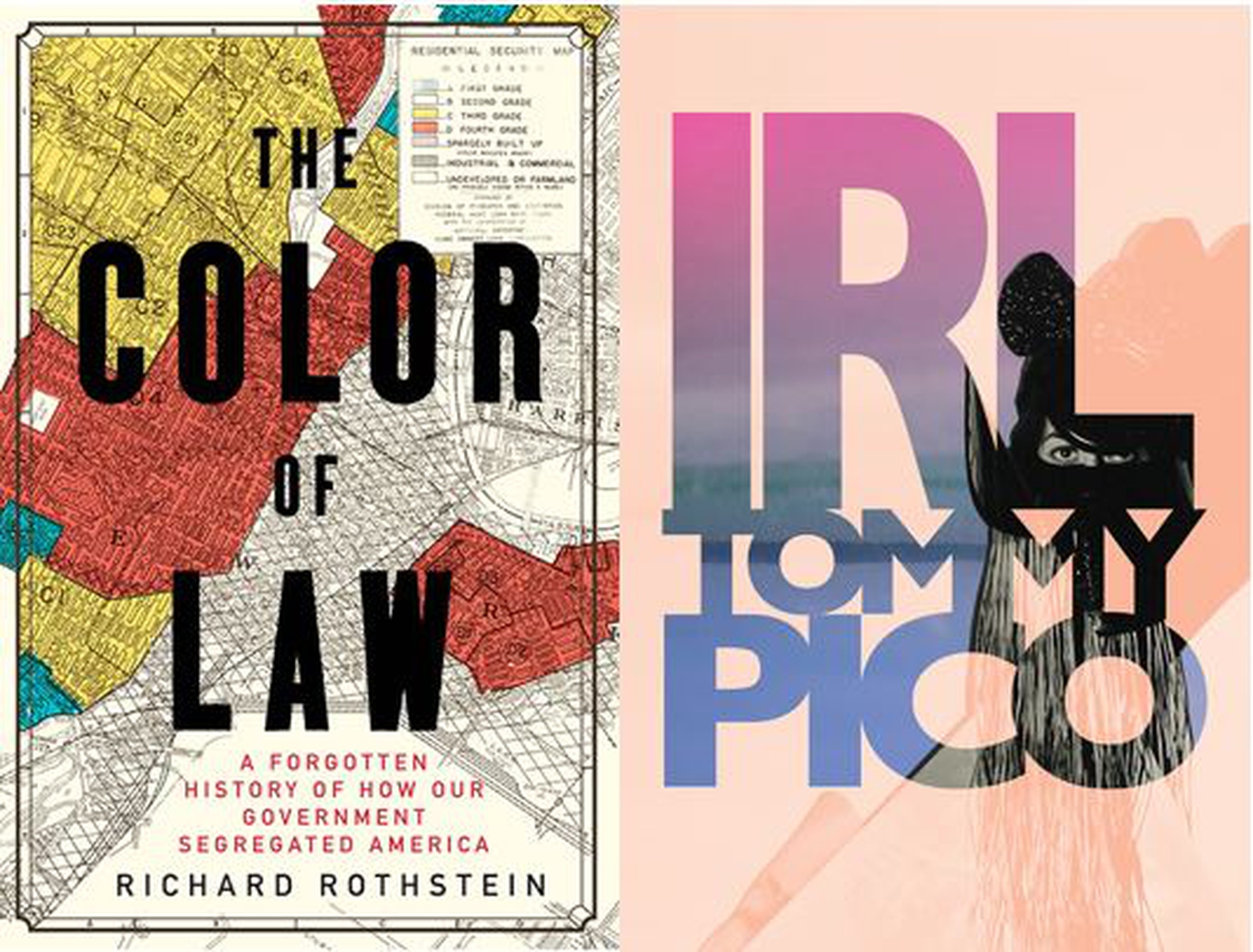 Nonfiction Prize Awarded to Richard Rothstein for The Color of Law: A Forgotten History of How Our Government Segregated America; Fiction & Poetry Prize Awarded to Tommy Pico for IRL, an epic poem on queerness, Native American history, and coming of age in the digital era

Created in 2015, the Prize recognizes new works that reflect the Library’s mission to convene renowned writers, scholars, critics, and artists with members of the borough’s diverse community to discuss urgent social, political, and artistic issues that resonate with Brooklynites and the world at-large.

Nominations for the 2017 prize were submitted by BPL librarians from across the system’s 60 branches, with 29 librarians participating in the Prize committee to select the long- and shortlists. BPL’s Director of Outreach Services Nick Higgins and Coordinator of School Outreach Amy Mikel joined an esteemed panel of prominent authors and cultural leaders that included Claudia Rankine, Chris Hayes, and Téa Obreht to select the prizewinners.

Rothstein and Pico will accept their awards, which come with a $5,000 prize, tomorrow at the Brooklyn Classic, the signature fundraising event of the Brooklyn Eagles. This year’s co-chairs for the Brooklyn Eagles’ nonfiction and fiction and poetry prize committees are Charles Duhigg, Pulitzer Prize-winning journalist and best-selling author of The Power of Habit and Smarter Faster Better, and Ashley Mihlebach, National Account Manager at HarperCollins.

“The Brooklyn Eagles are proud to honor the achievements of Richard Rothstein and Tommy Pico with the Brooklyn Public Library Literary Prize,” said Charles Duhigg, Nonfiction Prize Committee Co-Chair. "Their works embody many of the values the library holds most dear: debate and discussion, ideas that challenge us to think differently, and a belief that the right book can change the world."

In The Color of Law, Richard Rothstein, a leading authority on economic and housing policy, debunks the myth that American cities became segregated through individual prejudices, income inequality, or the actions of private institutions. Rothstein argues the laws and policy decisions passed by local, state, and federal government bodies led to officially segregated public housing and to the rapid decline of previously integrated neighborhoods. His powerful history sheds light on an untold story in America’s turbulent racial history that begins in the 1920s, and contextualizes its enduring legacy by pointing to outbursts of violence in Baltimore, Ferguson, and Minneapolis, among other cities.

“In these troubled times in which frightening white supremacist activities have been exposed, there is also a growing willingness by many to re-examine, with unprecedented frankness, the legacies of slavery and Jim Crow that determine the inequality we still experience today," said Rothstein. "I am personally gratified by the Brooklyn Public Library’s recognition of The Color of Law, but especially grateful for how such recognition contributes to this national re-examination.”

“We, as a society, are right now deep in what The Color of Law addresses, and Dr. Rothstein’s research gives people a context regarding the decisions that have been and continue to be made about policies that affect everyone in America,” said Claudia Rankine. “It’s about democracy—how it goes wrong, how it should be enacted—and the fact that this book is being championed by the library, one of our most democratic institutions, will allow more people to read it and be exposed to its arguments.”

Tommy Pico is a Brooklyn-based queer writer originally from the Viejas Indian reservation of the Kumeyaay nation. IRL is an extended poem, composed like a long text message, that draws from the epic tradition of A.R. Ammons, ancient Kumeyaay Bird Songs, and Beyoncé’s visual albums. It follows a reservation-born, queer 20-something from Brooklyn looking to understand and define his identity amidst the challenges of emerging adulthood, sexual discovery, social media and the digital age, and a keen awareness of how he is shaped by the legacy of the U.S.’ fraught relationship with Native American communities.

“IRL is a dive into a character's indigenous religion, or rather its violent theft, and what he does to keep himself tethered to life in its absence,” said Pico. “Seeing it awarded a literature prize by a library is pretty cosmic. When I was young and bullied, libraries gave me books and books gave me a reason to want to keep going.”

“Tommy Pico's IRL delights and surprises, defies categorization, and challenges our narrative and linguistic expectations,” said Téa Obreht. “It is, on every level, a remarkable achievement.”

The 2017 Brooklyn Public Library Literary Prize shortlists were comprised of Killers of the Flower Moon: The Osage Murders and the Birth of the FBI by David Grann; Fear City: New York’s Fiscal Crisis and the Rise of Austerity Politics by Kim Phillips-Fein; and The Color of Law: A Forgotten History of How Our Government Segregated America by Richard Rothstein in Nonfiction, and Exit West: A Novel by Mohsin Hamid; What It Means When a Man Falls from the Sky: Stories by Lesley Nneka Arimah; and IRL by Tommy Pico in Fiction & Poetry.

Brooklyn Public Library (BPL) is an independent library system for the 2.5 million residents of Brooklyn. It is the fifth-largest library system in the United States, with 60 neighborhood libraries located throughout the borough. BPL offers free programs and services for all ages and stages of life, including a large selection of books in more than 30 languages, author talks, literacy programs, and public computers. BPL’s eResources, such as eBooks and eVideos, catalog information and free homework help, are available to customers of all ages, 24 hours a day, at our website: www.bklynlibrary.org.

About the Brooklyn Eagles

The Brooklyn Eagles are a community of engaged young Brooklyn Public Library supporters whose mission is to connect with new patrons, promote BPL as a cultural center, and build a vibrant community around the Library. The Eagles support BPL by fundraising, advocating, and raising awareness for Library programs and resources. Since 2013, the Eagles have volunteered their time and engaged hundreds of young professionals through their service projects, social gatherings, and the annual Brooklyn Classic fundraiser.