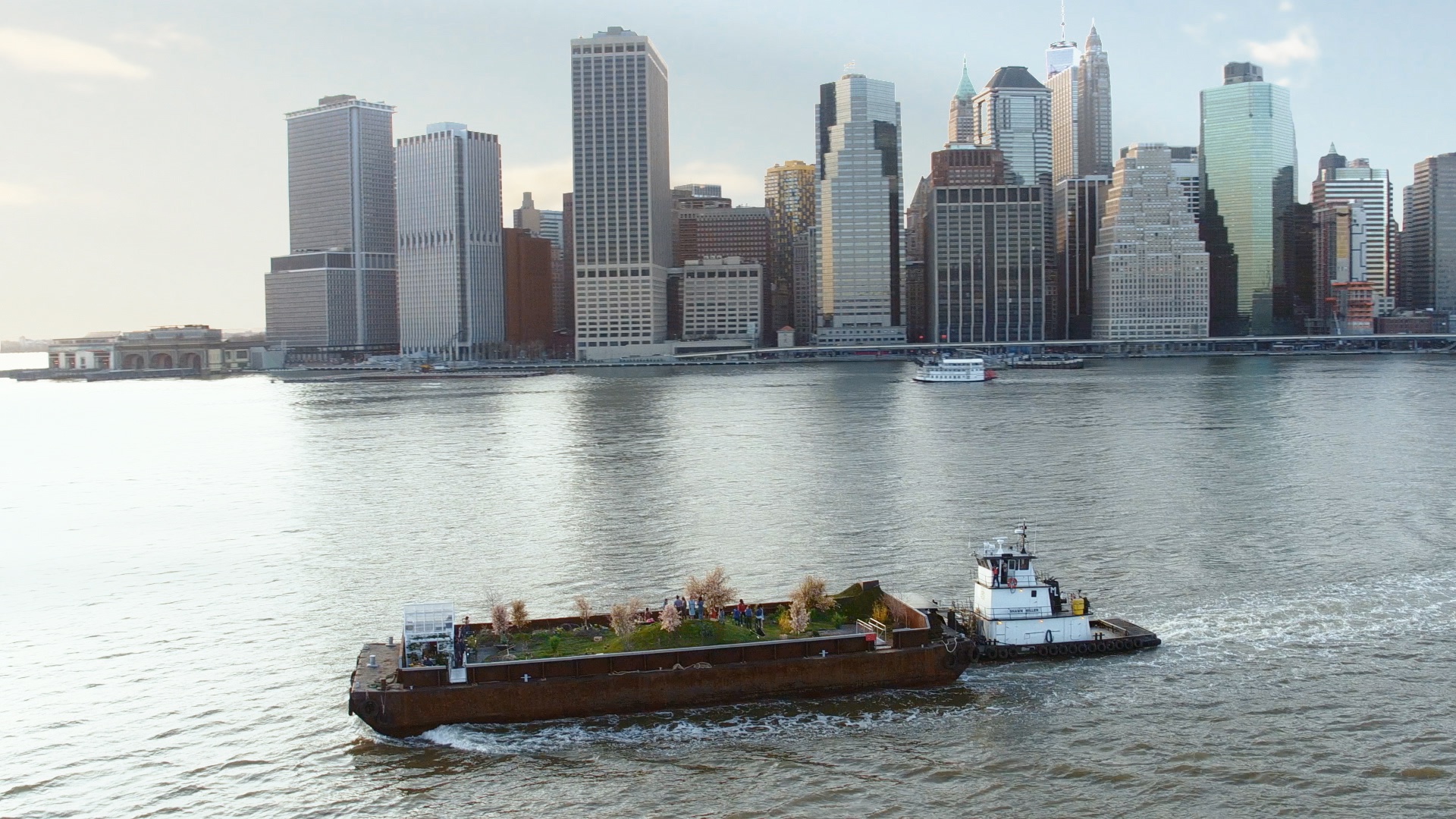 Brooklyn Public Library (BPL) today announces Stars Down to Earth, an exhibition weaving the wonders of the cosmos together with urgent questions around habitable futures on earth, featuring works by artists Mary Mattingly and Dario Robleto. BPL also announces Mary Mattingly as the Library’s Katowitz Radin Artist in Residence for 2020. Instituted in 2014, the annual residency supports emerging and established artists to meaningfully engage with BPL’s collections, programs, and services as a way to expand their art making practice.

Pairing two artists who are deeply engaged in inter-disciplinary work as citizen scientists, artist ambassadors, and ethicists, Stars Down to Earth juxtaposes Mattingly’s living sculpture and nature morte photographs of the mining and gas industry with Robleto’s intricate sculptures comprised of carefully researched and sourced materials including natural artifacts. Through this joint exhibition, which will be accompanied by artist talks and intensive public workshops focused on ecology, Mattingly and Robleto invite library patrons to imagine possible futures and gain hands-on knowledge.

Dario Robleto will open the exhibition with an artist talk on January 13, 2020, at BPL’s Central Library on Grand Army Plaza, and Stars Down to Earth will also include public programs at BPL’s new Greenpoint Library and Environmental Education Center after the branch is completed in early 2020. Additional public programs at both branches will be announced in January 2020. Later in the spring, Mattingly’s living sculpture, A Technological Abyss, 2020, invites additional public programming held in partnership with More Art and Prospect Park Alliance.

Alongside BPL’s recently launched Creative-In-Residence program In Praise of Failure, co-organized with William Kentridge and his Johannesburg-based arts incubator the Centre for the Less Good Idea, the Katowitz Radin Artist in Residence expands on the Library’s mission to provide educational, economic, and cultural enrichment opportunities of the highest quality to the 2.6 million individuals who make Brooklyn home.

Stars Down to Earth public programs include:

Stars Down To Earth: Mary Mattingly & Dario Robleto is curated by Cora Fisher, Curator of Visual Art Programming. The exhibition is made possible by the Katowitz Radin Endowment and programming is realized in partnership with the Prospect Park Alliance and More Art.

Mary Mattingly is a visual artist focused on questions of ecology and sustainability. She founded Swale, an edible landscape on a barge in New York City. Docked at public piers but following waterways common laws, Swale circumnavigates New York's public land laws, allowing anyone to pick free fresh food. Swale instigated and co-created the "foodway" in Concrete Plant Park, the Bronx in 2017. The "foodway" is the first time New York City Parks is allowing people to publicly forage in over 100 years.

Mattingly recently completed a two-part sculpture “Pull” for the International Havana Biennial with the Museo Nacional de Bellas Artes de la Habana and the Bronx Museum of the Arts, two spherical ecosystems that were pulled across Habana to Parque Central and the museum. In 2018 she received a commission from BRIC Arts Media to build "What Happens After" which involved dismantling a military vehicle (LMTV) that had been to Afghanistan and deconstructing its mineral supply chain. A group of artists including performance artists, veterans, and public space activists re-envisioned the vehicle for BRIC. In 2016 Mattingly led a similar project at the Museum of Modern Art. In 2009 Mattingly founded the Waterpod Project, a barge-based public space and self-sufficient habitat that hosted over 200,000 visitors in New York. In 2014, an artist residency on the water called WetLand launched in Philadelphia and traveled to the Parrish Museum.

Her work has also been exhibited at Storm King, the International Center of Photography, the Seoul Art Center, the Brooklyn Museum, the New York Public Library, deCordova Museum and Sculpture Park, and the Palais de Tokyo. Her work has been included in books such as the Whitechapel/MIT Press Documents of Contemporary Art series titled “Nature” and edited by Jeffrey Kastner, Triple Canopy’s Speculations, the Future Is... published by Artbook, and Henry Sayre’s A World of Art, 8th edition, published by Pearson Education Inc.

Dario Robleto is an American transdisciplinary artist, researcher, writer, teacher, and “citizen-scientist.” His research-driven practice results in intricately handcrafted objects that reflect his exploration of music, popular culture, science, war, and American history. He lives and works in Houston, TX.

Robleto has been a visiting artist and lecturer at many universities and institutions including the Radcliffe Institute for Advanced Study at Harvard University, Cambridge, MA; Bard College, Annandale-on-Hudson, NY; Massachusetts Institute of Technology, Cambridge, MA; Rhode Island School of Design, Providence, RI; and the Hubble Space Telescope Science Institute, Baltimore, MD. In 2015 he joined a distinguished team of scientists as the artistic consultant to “Breakthrough Message”—a multi-national effort that aims to encourage intellectual and technical debate about how and what to communicate if the current search for intelligent beings beyond Earth is successful. He is currently serving as an Artist-in-Residence in Neuroaesthetics at the University of Houston’s Cullen College of Engineering; Artist-at-Large at Northwestern University's McCormick School of Engineering and the Block Museum of Art; and as a Visiting Scholar at the Radcliffe Institute for Advanced Study at Harvard University. In 2016 he was appointed as the Texas State Artist Laureate. He is currently represented by Inman Gallery in Houston, Praz-Delavallade in Paris, and ACME in Los Angeles.

Through the Katowitz Radin Artist in Residence program, Brooklyn Public Library supports emerging and established artists to meaningfully engage with BPL’s collections, programs, and services as a way to expand their art making practices. The program began in 2014 with renowned jazz vocalist Cilla Owens. Since then children’s illustrator Pat Cummings, painter Steve Keene, visual artist Molly Crabapple, and artist and educator Kameelah Janan Rasheed have each been awarded the residency, which includes performances or exhibitions and adjacent public programs such as talks and artist-led-workshops.