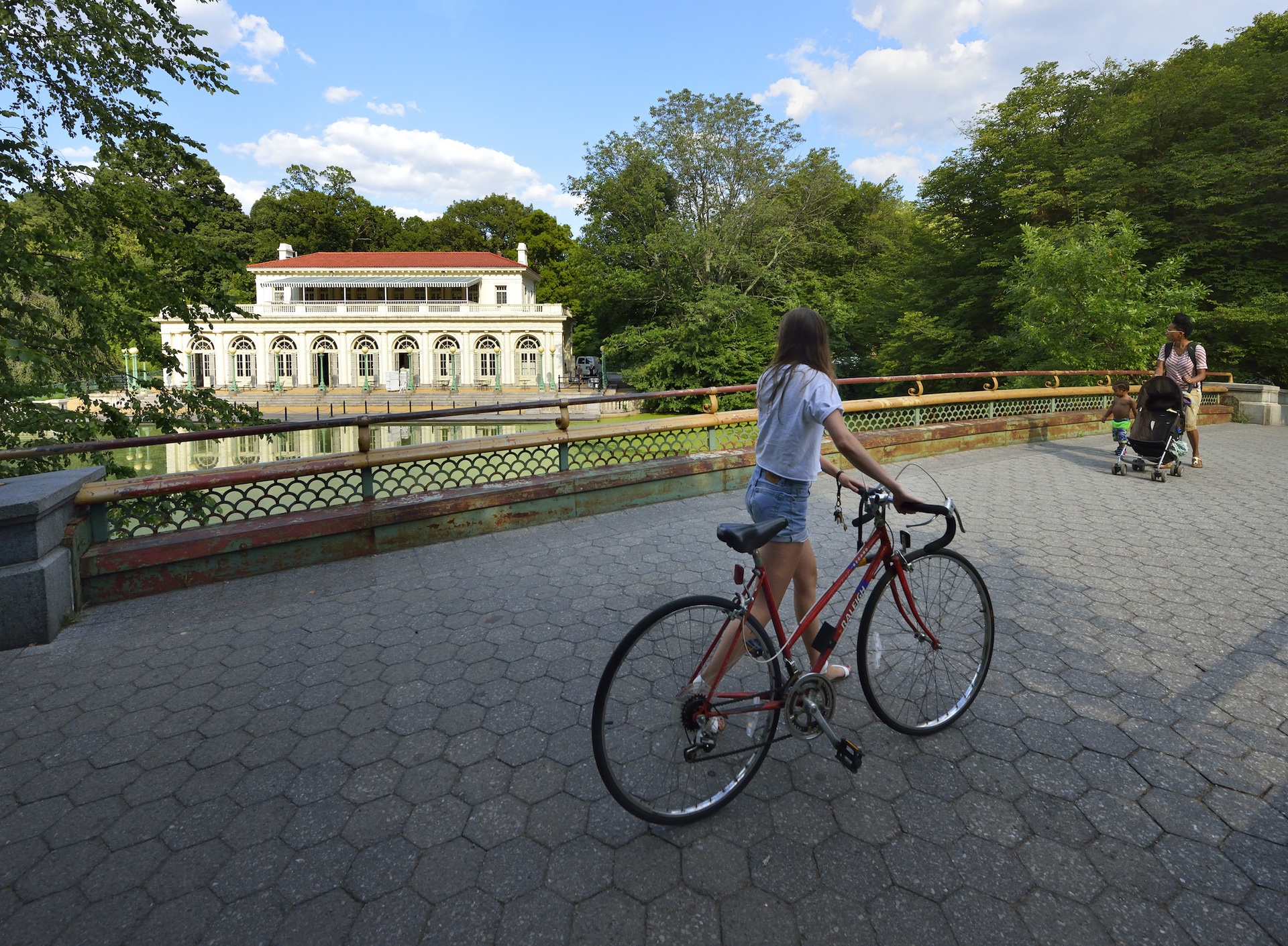 Brooklyn Public Library (BPL) today unveiled its 2020 BPL Presents fall season, a series of free cultural programming that provides myriad opportunities for engagement from the community. Season highlights include the return of University Open Air’s outdoor classes, in partnership with Prospect Park Alliance and the launch of Whispering Libraries, which offers snippets of literary classics, oral histories and inspiring tales which can be heard outside Library branches and small speakers attached to bicycles pedaled by a group of riders. Additional highlights include a presentation by choreographer, director, and author Bill T. Jones, who will digitally deliver the BPL-commissioned Message from the Library five days after the Presidential election; and Susan Herman, President of the American Civil Liberties Union, who will present the 2020 Kahn Humanities Lecture on COVID-19 and the Constitution.

“Presenting some of the most thrilling writers and thinkers working today and tackling some of the most pressing issues of our time, from racism to climate change, we look forward to engaging our community online and in outdoor spaces this fall,” said László Jakab Orsós, Vice President of Arts and Culture at Brooklyn Public Library. “As we continue to add library services in a safe way, we are excited to introduce Whispering Libraries and present new editions of audience-favorites, including another stimulating semester of the immigrant-taught University Open Air and the LitFilm festival.”

BPL’s fall 2020 programming expands on the Library’s mission to redefine libraries as centers for ideas and exploration through its more than 60,000 free programs each year. Following the overwhelming response to virtual author talks earlier this year, attended by people from across Brooklyn and around the world, fall 2020 online author talks continue with Kurt Andersen on his new chronicle of America’s economic undoing, Evil Geniuses (September 2); Matt Sandler on his work The Black Romantic Revolution, in which he proposes that the Black Romantics' cultural innovations have shaped Black radical culture to this day (September 8); Politico journalist Dan C. Goldberg on The Golden Thirteen, featuring the stories of the 13 courageous Black men who integrated the officer corps of the U.S. Navy during World War II (September 9); Tara June Winch discussing The Yield, her powerful new novel that seeks to reclaim Indigenous identity and storytelling (September 10); and historian Jill Lepore in conversation with Data & Society founder danah boyd on Lepore’s newest book, If Then (September 17).

Award-winning choreographer, dancer, and author Bill T. Jones will deliver BPL’s biannual Message from the Library online on November 8, five days after the 2020 Presidential election. The BPL-commissioned address convenes diverse voices to have meaningful dialogue about the most debated issues of the day. On Thursday, October 13, Susan Herman, President of the American Civil Liberties Union, will take to the digital stage to present the 2020 Kahn Humanities Lecture, in which she will discuss boosting the value the U.S. Constitution places on community, especially in light of the current pandemic, continuing BPL’s year-long conversation about the formative document of the country.

University Open Air (UOA), a forum for foreign-born scholars to share their knowledge and experience, hosted by BPL and Prospect Park Alliance, will return to the Prospect Park Boathouse and the surrounding area. Beginning on September 16, Brooklynites can participate in free classes focusing on French and Francophone literature, the effects of COVID-19 on the environment and climate, contemporary Taiwanese poetry, and the intersection of Italian and Albanian culture, taught by professors from countries around the world. Class sizes will remain limited to ensure proper social distancing at all times. For a full lineup of courses, please visit the BPL website here.

In September, BPL will launch its newest series, Whispering Libraries, audio playlists which will quietly greet passersby on the sidewalk outside of Library branches and in downtown Brooklyn as bicycle riders with speakers pedal across the city. The playlists are organized around themes ranging from loneliness to perseverance; and will blend audio versions of literary classics with contemporary authors and poets speaking about social justice, classical and contemporary music, oral histories, and other archival gems from the Brooklyn Collection and Brooklyn Historical Society.

Following BPL’s season-long series of virtual town halls, which brought together more than 400 participants to discuss, debate, and propose the next amendment to the U.S. Constitution, the Library will continue its programming for the 28th Amendment Project throughout September, including the release of the crowd-sourced amendment drafted by framers including Nikole-Hannah Jones, Nathaniel Rich, Anand Giridharadas, and Susan Herman. In addition, the Library will present programs and exhibitions related to the project, including Sheryl Oring’s participatory project, I Wish to Say, in which she sets up portable public offices and invites individuals to compose messages to the President of the United States about their wishes for a revitalized democracy.

LitFilm: A BPL Film Festival About Writers will return virtually this fall, showcasing films from around the world that provide a behind-the-scenes look at the private lives, artistic processes, and political struggles of some of the world’s most celebrated writers and literary figures from Toni Morrison, Elena Ferrante, and N. Scott Momaday. The festival, a staple of BPL Presents’ innovative cultural and civic programming, will also include talkbacks with directors, critics and scholars including Timothy Greenfield-Sanders and Michael Kantor. LitFilm launches Monday, October 5 and will continue through Sunday, October 11.

A complete calendar of upcoming programs can be found here with information about how to log-in and register for specific events.

BPL Presents’ programming expands upon the Library’s more than 60,000 free programs offered each year. While the Library’s physical services are adjusted to best serve public health needs, BPL continues to provide patrons access to virtual storytimes with librarians from across the borough, career help through its Business and Career Center, resources for students of all ages, and details on how to ensure all Brooklyn residents participate in the 2020 Census.