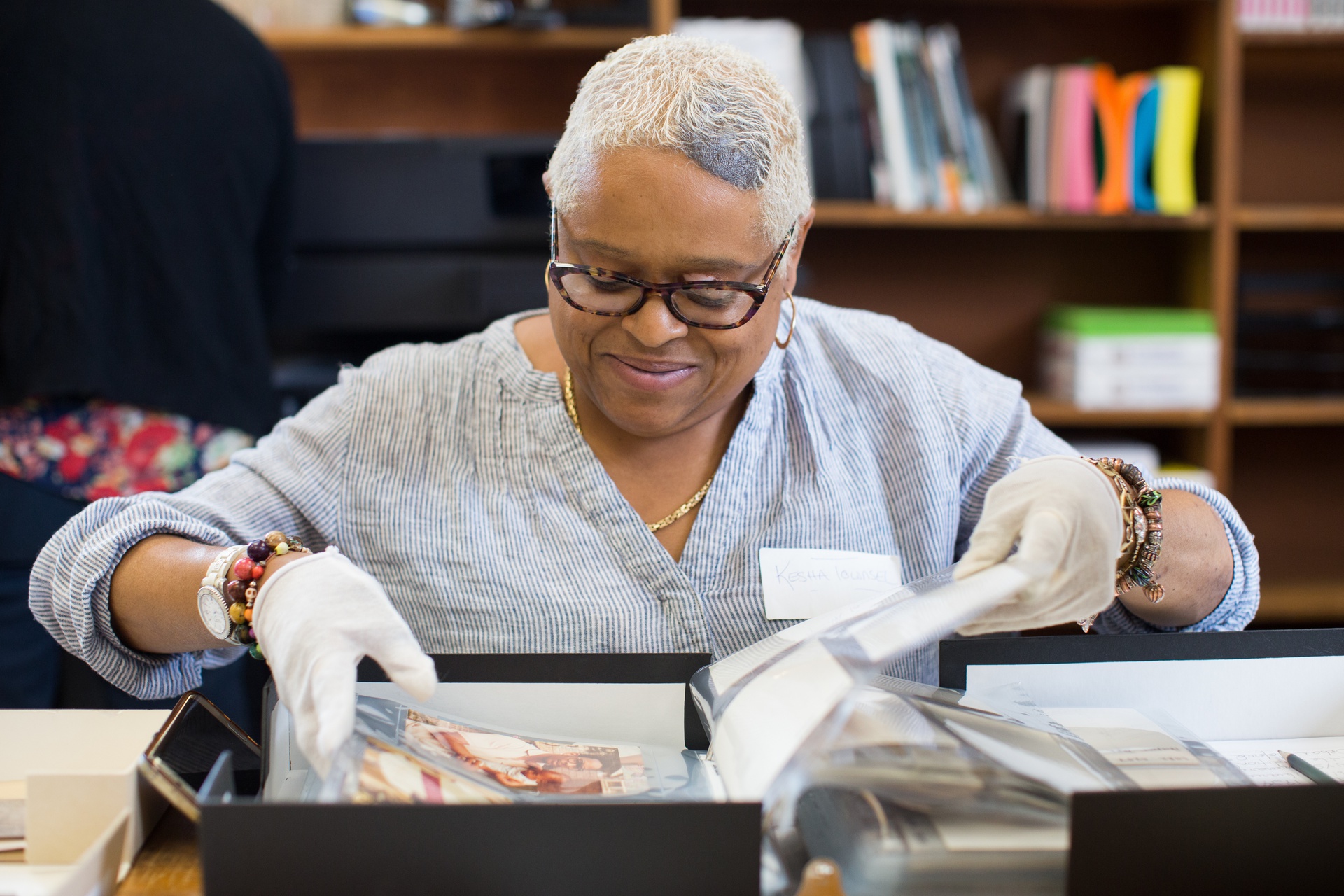 Brooklyn Public Library’s (BPL) President and CEO, Linda E. Johnson, and Brooklyn Historical Society’s (BHS) former President, Deborah Schwartz, announced today that the institutions have been combined, creating BPL’s Center for Brooklyn History (CBH), which will be home to the most expansive collection of Brooklyn history in the world. The new Center is housed at the landmarked Pierrepont Street building that was home to BHS for nearly 140 years and extends the collection and programming throughout the Library’s 59-branch system. The Center will democratize access to Brooklyn’s history and be dedicated to expanding and diversifying representation of the history of the borough by unifying resources and expertise, and broadening reach and impact throughout Brooklyn and beyond.

“The Center for Brooklyn History will democratize an astounding archive of our collective past, help us understand our present, and shape our city’s future,” said Brooklyn Public Library President and CEO Linda E. Johnson. “Brooklyn Historical Society’s collection will now be free and accessible to Brooklyn Public Library’s cardholders in every neighborhood across our borough. Programs and exhibitions will bring it to life throughout our 59 branches, and empower Brooklynites to contribute to their own historical record, so that future students, scholars, and curious citizens will know the diversity and dynamism of our city across time.”

“By joining with Brooklyn Public Library to form the Center for Brooklyn History, the archives and programming that scholars, students, and researchers expect from Brooklyn Historical Society will be extended across every neighborhood in the borough, creating greatly increased opportunities to educate visitors about Brooklyn’s important history and its relevance to each of them,” said former president of Brooklyn Historical Society, Deborah Schwartz. “Not only will the Center offer access to the most significant and inclusive collection of Brooklyn artifacts, manuscripts, materials, and oral histories, it will also draw upon the diverse voices and perspectives of Brooklynites to contribute to the many narratives that have made Brooklyn what it is today.”

Heather Malin, who previously served as BHS’ Chief Operating Officer, will serve as Director of the Center for Brooklyn History and will report to BPL’s Chief Librarian, Nick Higgins. Natiba Guy-Clement, who has overseen BPL’s Brooklyn Collection, will become the Center’s Assistant Director, Collections and Public Service. Deborah Schwartz, who shepherded BHS for 15 years, will act as a consultant during the transition.

“BHS is one of Brooklyn’s treasured institutions, beloved by generations of Brooklynites seeking a connection to the past. BPL is the best possible partner for BHS to extend its collections and programs to every neighborhood in the borough,” noted former Chairman of the BHS Board, James Rossman, who will serve as a member of Center for Brooklyn History Committee.

This fall, the Center for Brooklyn History will expand the organizations’ virtual public program offerings and launch new digital offerings, provide access to the combined digital archives, and continue growing the collections, including both institutions’ collections of oral histories, documents, and artifacts related to Brooklynites’ experiences during COVID. The programs will include the continuation of some of BHS’s award-winning programming while also adding additional offerings derived from the combined resources of the Library. During the next months, since the Center is closed for in-person visits due to COVID, the BPL and BHS teams will begin moving BPL’s Brooklyn Collection to the Pierrepont building, preparing to reopen in 2021 to scholars, researchers, students, and the public, all free of charge, with the combined collections united and services including in-person programming, exhibits, and access to the archives. In addition, the building itself will become more publicly accessible, with areas for reading and studying, and expanded hours of operation. BHS’ DUMBO location, which has been closed due to COVID since March, will not be reopened.

Wes Jackson, a former BHS Trustee who will join the BPL Board, comments, "The new Center will empower the combined efforts of BPL and BHS to reach the entire community in a way that has long been the vison and work of BHS. This work is even more important as duel challenges of COVID and the renewed calls for social justice await us."

BPL as an institution, and the Center for Brooklyn History as a part of it, are dedicated to providing welcoming spaces where all can learn, explore, and engage with individual and shared experiences that strengthen the fabric of community and promote civic engagement. In an effort to expand its reach even further, digitization of the combined collection will be an ongoing priority for the Center for Brooklyn History.

Founded in 1863, Brooklyn Historical Society served as a cultural hub for dialogue and community outreach and a leader in expanding the narrative of Brooklyn’s history for scholars, students, and the public. The Center for Brooklyn History will continue that mission under the auspices of BPL, one of the largest library systems in the country and a leader in redefining the role of libraries in the 21st century through groundbreaking work to address the needs and issues that are vital to the communities it serves.

Support for the strategic review related to combining the institutions came from the New York Merger and Collaboration Fund (NYMAC), an initiative designed to encourage and support programmatic alliances, mergers, joint-ventures, and other types of formal, long-term collaborations between nonprofits serving New York City.