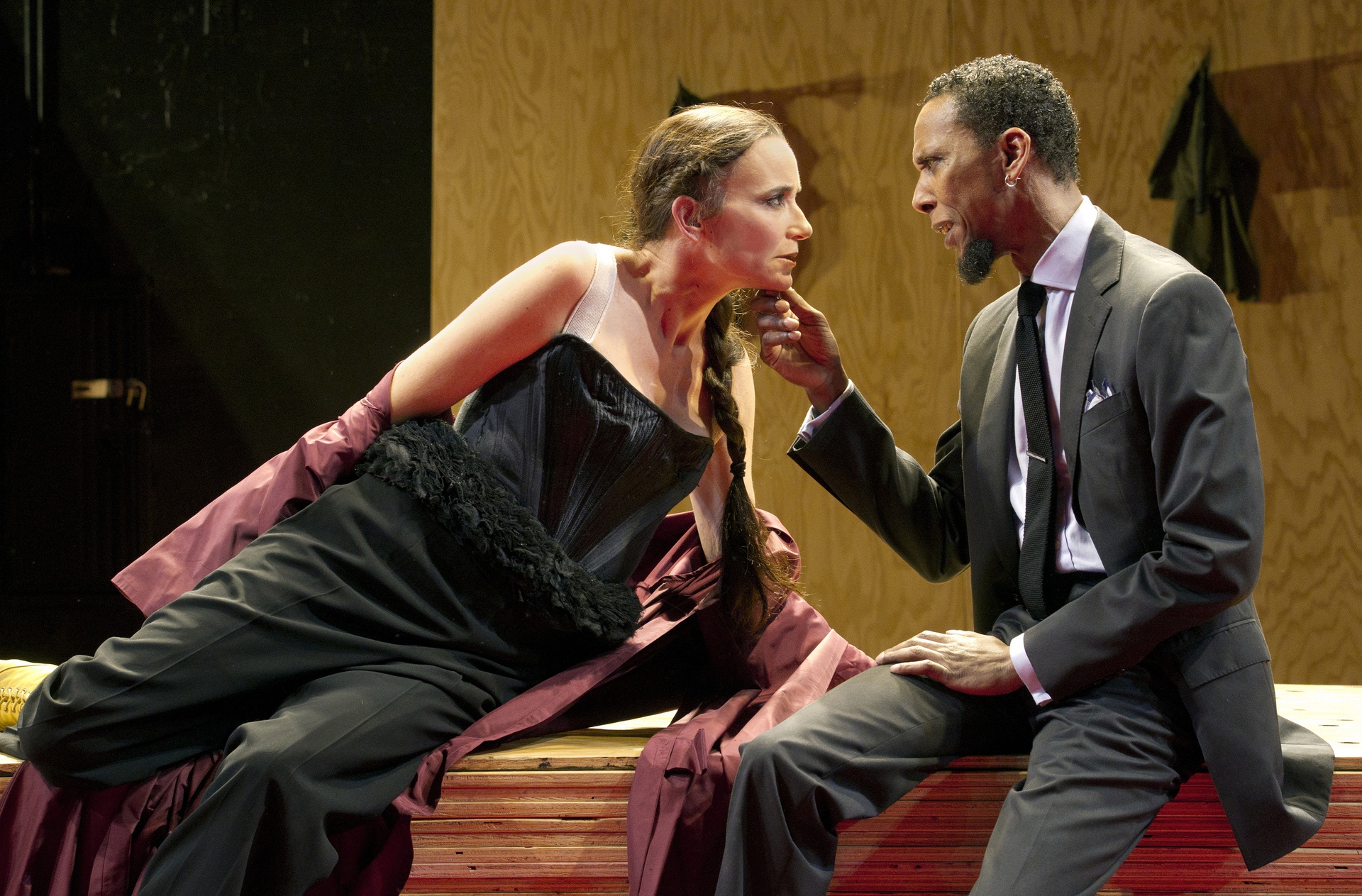 Brooklyn Public Library announced today the lineup for its inaugural digital Shakespeare program presented in association with The Public Theater. The free series will provide audiences an opportunity to see performances by acclaimed actors that illuminate Shakespeare’s works including Ron Cephas Jones, Eisa Davis, William Jackson Harper, and Raúl Esparza followed by insights from leading scholars and writers, highlighting the enduring relevance of Shakespeare’s texts written centuries ago. The free series expands BPL’s opportunities for social connection, cultural exploration, and intellectual study to audiences across Brooklyn and around the world, and The Public Theater’s mission to provide a platform, onstage and off, for some of the most important ideas and social issues of today.

The series begins on Sunday, November 22 with a focus on the presentation of Blackness and questions of vengeance through Aaron the Moor in Titus Andronicus with readings from Ron Cephas Jones (“This Is Us”) and William Jackson Harper (“The Good Place”). The performance will be followed by a conversation with the Director of The Public Theater’s Shakespeare Initiative Michael Sexton, who will moderate all three events, and Ayanna Thompson, Public Theater Shakespeare Scholar in Residence. The series continues on Thursday, December 3 with an in-depth look at the views and versions of citizenship, social organization, and individual human dignity in Shakespeare’s plays, as well as the role of art and humanities in a modern democracy through readings by actress Eisa Davis (The Secret Life of Bees, “House of Cards”), and insights from Pulitzer Prize-winning author Stephen Greenblatt and historian and author Jill Lepore. On Thursday, December 17, Sexton and Professor of Comparative Language Philip Lorenz will delve into the writings of Shakespeare and Lope de Vega, two writers who used the dynamic and populist form of theater to explore and interrogate the corrupt, militaristic, and misogynist monarchies they called home, featuring readings in English and Spanish by a cast including Tony Award winner Raúl Esparza (Company, “Law & Order SVU”). For more information on events and ticketing, please visit: https://www.bklynlibrary.org/bpl-presents.

“Shakespeare’s works are one of our greatest treasures and I’m thrilled to partner with The Public Theater to bring his words to life with an array of extraordinary actors for our audiences across the five boroughs and beyond,” said BPL’s Vice President of Arts & Culture László Jakab Orsós. “Many of Shakespeare’s texts are now more relevant than ever, from his insights on democracy and the importance of art and citizenship to questions of vengeance, I cannot think of a better time to invite our community to listen, debate, and discuss the importance of Shakespeare today.”

“The Public Shakespeare Initiative is so excited to be entering into this promising new partnership with the Brooklyn Public Library,” Said Public Shakespeare Initiative Director Michael Sexton. “BPL and The Public Theater share so much, above all a commitment to all the people of this great city and a beliefe that the culture belongs to everyone. We look forward to engaging more and more people in these enlightening and entertaining conversations about how Shakespeare’s plays and poetry speak to our lives and communities today.”

Brooklyn Public Library and The Public Theater’s Shakespeare events extends the nonprofit organizations’ relationship, which began in 2013 as the Library served as a distribution site for tickets to The Public Theater’s Free Shakespeare in the Park. The program also enhances the Library’s more than 60,000 free programs offered each year and previous theatrical partnerships, including Theater of War Productions, which presents community-specific, theater-based projects that address pressing public health and social issues and who served as BPL’s theater company in residence in 2019.

A Thousand Dreadful Things: Shakespeare and the Fear of Black Vengeance

A look at Aaron the Moor from Titus Andronicus, the presentation of Blackness, and the question of vengeance on Shakespeare's stage. Featuring conversation and readings from the plays by Ron Cephas Jones (“This is Us”), who played Aaron at The Public Theater, William Jackson Harper (“The Good Place”), and Public Theater Shakespeare Scholar in Residence Ayanna Thompson, director of the Arizona Center for Medieval & Renaissance Studies and author of Passing Strange: Shakespeare, Race, and Contemporary America.

What is the City but the People? Shakespeare, Art, and Citizenship

In the wake of the U.S. elections, we sit down with Professor Stephen Greenblatt, Pulitzer Prize-winning author of Tyrant: Shakespeare on Politics and The Swerve; award-winning author Jill Lepore (These Truths: A History of the United States); and playwright and actor Eisa Davis (The Secret Lives of Bees) for an in-depth look, with brief readings from Shakespeare’s plays and poetry, at the views and versions of citizenship, social organization, and individual human dignity in Shakespeare’s plays, as well as the role of art and humanities in a modern democracy.

Two writers. Two languages. Two colonial superpowers, linked by an explosion of theater-making and vital new questions of the individual imagination. Come hear how Lope de Vega, the author of more than a thousand plays, and William Shakespeare used the dynamic and populist form of theater to explore and interrogate the corrupt, militaristic, and misogynist monarchies they called home. With readings in English and Spanish by a cast including Tony Award winner Raúl Esparza and commentary by Professor of Comparative Language Philip Lorenz.