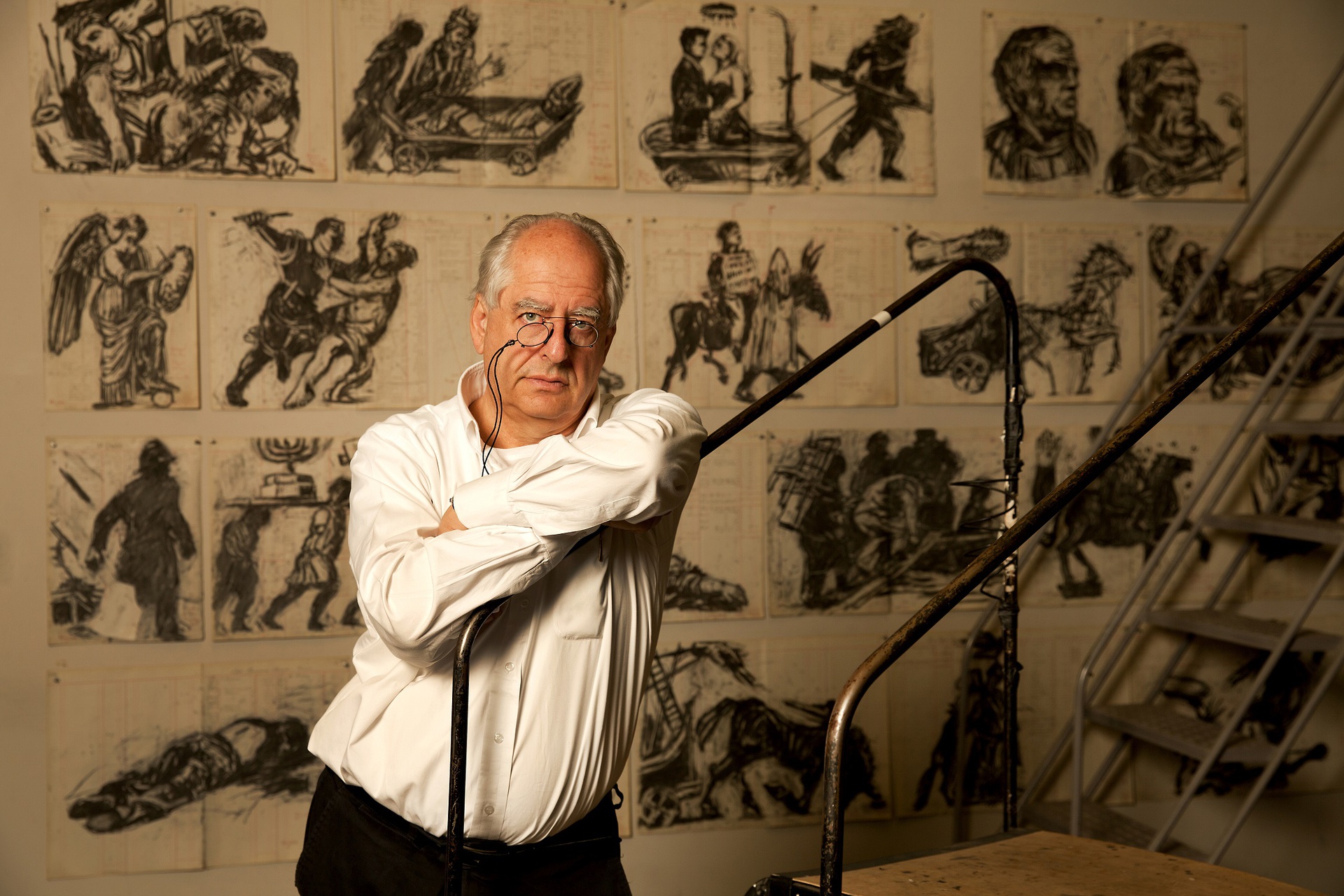 Brooklyn Public Library (BPL) has commissioned pioneering multi-disciplinary artist William Kentridge to deliver the next installment of BPL’s Message from the Library lecture series on Sunday, December 9 at 7 p.m. at BPL’s historic Central Library on Grand Army Plaza. A biannual presentation, Message from the Library invites leading cultural figures to develop and deliver an original text addressing today’s most critical issues. The series enhances BPL’s mission to convene diverse voices in the Library for meaningful dialogue about the political, economic, social, and cultural issues of our time.

Kentridge’s Message from the Library is titled “Let Us Try For Once: 15½ Thoughts in the Library.” Following the address, audience members will be invited to debate and discuss the issues presented in Kentridge’s remarks in breakout conversations moderated by noted writers and intellectuals. Participants will also receive a booklet with the text of the address.

“We couldn’t be more delighted to welcome William Kentridge for Message from the Library. Brooklyn Public Library is honored that one of the greatest living artists of the 21st century—whose multi-faceted work has been celebrated by the world’s most illustrious museums and opera houses—is recognizing the public library as a critical cultural institution,” said Linda E. Johnson, BPL President and CEO.

“Across the visual arts, music, performance, and now text with Message from the Library, William Kentridge displays the remarkable ability to convey social consciousness and responsibility with great artistry, and we are delighted to welcome him into the conversation around today’s most important social issues taking place at the Brooklyn Public Library,” said Laszlo Jakab Orsos, BPL’s Vice President of Arts and Culture.

William Kentridge (born Johannesburg, South Africa, 1955) is internationally acclaimed for his drawings, films, theater, and opera productions responding to the legacies of colonialism and apartheid within the context of South Africa's current socio-political landscape. Kentridge’s work has been presented in museums and galleries around the world including Documenta in Kassel, the Museum of Modern Art in New York, the Albertina Museum in Vienna, Musée du Louvre in Paris, Whitechapel Gallery in London, and Louisiana Museum in Copenhagen, and his opera productions have been performed at opera houses including the Metropolitan Opera in New York, La Scala in Milan, English National Opera in London, Opera de Lyon, Dutch National Opera, and others. He is the recipient of honorary doctorates from several universities including Yale and the University of London, and in 2015 he was appointed an Honorary Academician of the Royal Academy in London.

Kentridge joins a canon of celebrated writers, artists, critics, and intellectuals engaged in BPL’s 2018 fall season, including U.S. Supreme Court Justice Sonia Sotomayor, Jonathan Franzen, Anne Carson, Nadya Tolokonnikova, Ruddy Roye, Jennifer Egan, and Dr. Vishakha Desai. With a branch library within a half-mile of nearly all of Brooklyn’s 2.6 million residents, BPL provides a democratic space where patrons of all economic standings can participate in free cultural and educational programs in a broad range of disciplines.

Message from the Library is made possible through support from the Stavros Niarchos Foundation. Open captioning is being provided, in part, by a grant from NYSCA/TDF TAP Plus.

Brooklyn Public Library (BPL) is an independent library system for the 2.6 million residents of Brooklyn. It is the sixth largest library system in the United States with 59 neighborhood libraries located throughout the borough. BPL offers free programs and services for all ages and stages of life, including a large selection of books in more than 30 languages, author talks, literacy programs and public computers. BPL’s eResources, such as eBooks and eVideos, catalog information and free homework help, are available to customers of all ages 24 hours a day at our website: https://www.bklynlibrary.org