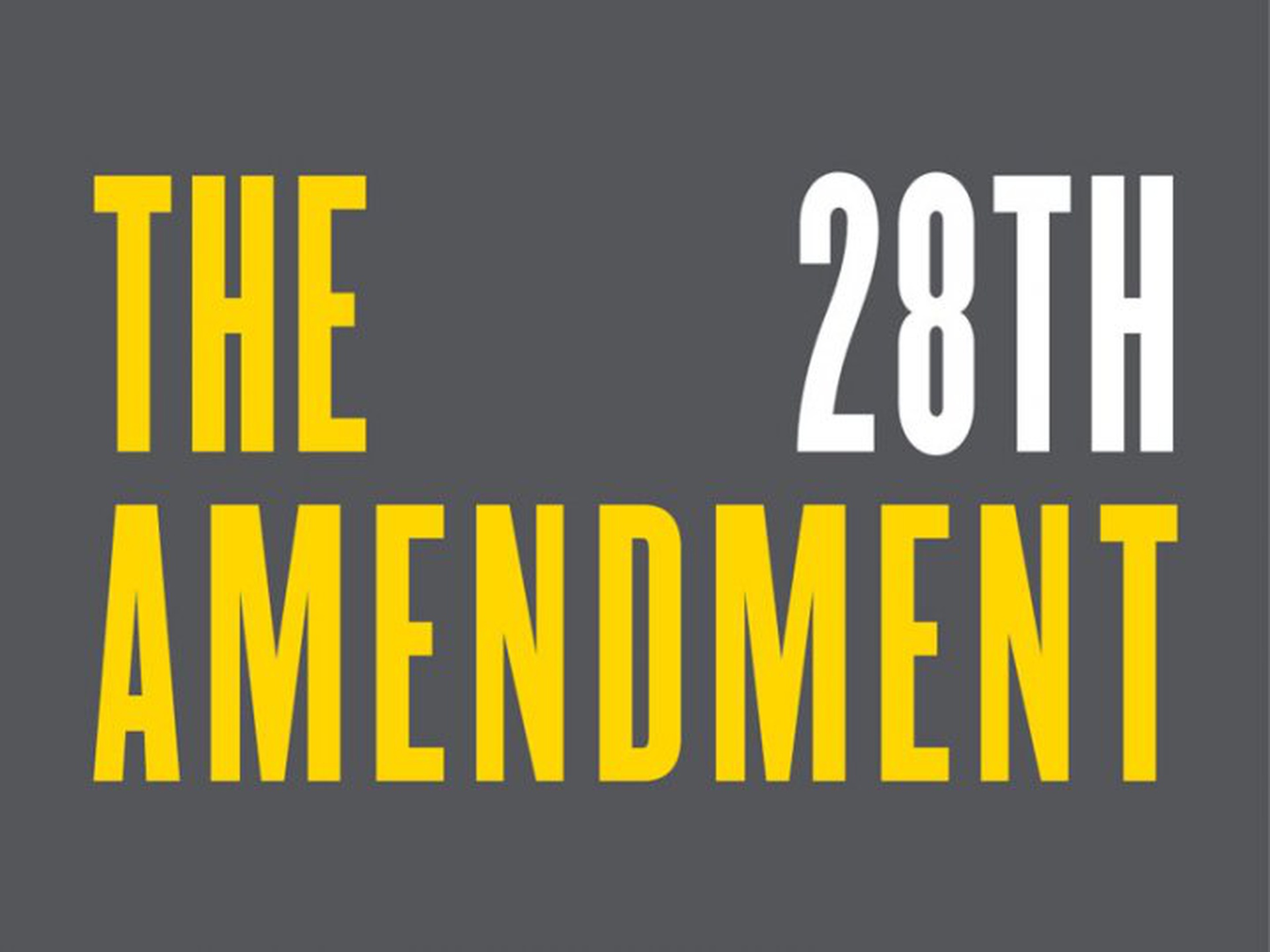 Brooklyn Public Library (BPL) will unveil its crowd-sourced 28th Amendment on October 17, 2020 during a week-long celebration of democracy. It follows the nine-month 28th Amendment Project, during which Brooklyn residents discussed, debated, and proposed the next amendment to the U.S. Constitution. The program will also include a new iteration of artist Sheryl Oring’s I Wish to Say performance and the world premiere live performances of Lisa Bielawa’s transformative Election Year musical work Voters’ Broadcast.

With the guidance of the project’s legal advisors, the American Civil Liberties Union (ACLU) and the New York Civil Liberties Union (NYCLU), the 28th Amendment Project asked participants to consider how the U.S. Constitution, as a living document, should evolve to include historically disenfranchised voices, address modern day realities, and inspire a more hopeful future for all. At more than 30 public town halls, hundreds of people of all ages, from all walks of life, reflected on the changes in American life and values since the constitution was last amended in 1992.

Originally launched in March 2020 as a series of in-person town halls held at library branches throughout the borough, the reconceived virtual 28th Amendment Project ran from late March through June 2020, providing a platform for communities across Brooklyn and around the country, including high schools and senior centers, to reexamine America’s founding principles at a time when COVID-19 and nationwide Black Lives Matter protests revealed just how deeply societal and government structures shape our lives.

In addition to the final, one-page amendment, BPL will also publish a long-form summary of all ideas shared throughout the town halls compiled by two of the town hall moderators Brian Tate and Craig Manbauman. The final amendment, as well as the long-form summary of the extensive town hall notes from which the amendment was drawn, will be available starting on October 17 online and as a take-away leaflet at BPL’s Central Library, and via outdoor displays located at the plaza at Central Library and at local branches. Patrons will also have the opportunity to review the town hall notes and submit their own proposed revisions through an online portal on the BPL website. The amendment and accompanying documentation will also be sent to elected officials.

“The fundamental principles on which our country was founded are at stake, and as one of the most democratic and most trusted institutions in America, libraries remind us who authored democracy and who upholds it: we the people,” said Linda E. Johnson, President and CEO of Brooklyn Public Library. “The 28th Amendment Project at Brooklyn Public Library empowered people across our borough and our nation to participate in their own governance and, at a time when we desperately need it, to envision a path to a more perfect union.”

"Brooklyn Public Library initiated this project to provide a platform for our communities to express their discontent, outrage, hopes and aspirations for improving American democracy. We could never have imagined how critical this project would become in the face of the compounded racial justice, electoral, climate, economic crises currently reshaping our country,” said László Jakab Orsós, Vice President of Arts and Culture at Brooklyn Public Library. “In a time when it is easy to despair about the state of American democracy, the 28th Amendment proposal created an unprecedented and hugely inspiring dialogue between hundreds of people from all walks of life. We look forward to sharing the final document with the world this October and continuing the conversation to strengthen the fabric of our community and our country.”

To celebrate the culmination of this nine-month endeavor, the 28th Amendment Project “reveal” week will also include performances by musicians and artists exploring themes of civic engagement and participatory democracy. Sheryl Oring will present the first-ever dual in-person and online iteration of her heralded project I Wish to Say, for which the artist sets up a portable public office—complete with manual typewriters—and invites the public to dictate postcards to the next President of the United States. The in-person portion of the performance will take place on Saturday, October 17 from 1-3 p.m. and from 4-6 p.m. with eight typists stationed at socially distanced tables across the Central Library plaza. The online portion hosted via Zoom will run from October 18 to 21 from 6-8:00 p.m. Participants may register for an in-person or online session with a typist by visiting this link.

Brooklyn Public Library will also host the world premiere live performance of composer Lisa Bielawa’s Voters’ Broadcast, co-presented by Kaufman Music Center. Voters’ Broadcast is a broadly participatory new work by Bielawa, which uses text excerpted from Sheryl Oring’s I Wish to Say. The work is designed to stimulate voter engagement, political awareness, and community participation by giving voice to the concerns of fellow citizens during the lead-up to the 2020 presidential election. On October 17, a soundscape created from the work will be broadcast during the intermission of Sheryl Oring’s I Wish to Say from 3-4 p.m. and will feature Kaufman Music Center and University of Michigan, Ann Arbor vocalists. The following Saturday, October 24, socially distanced, in-person performances of Bielawa’s piece—including new composed using texts from I Wish to Say postcards completed at BPL the week prior—will take place at 11 a.m., 12:30 p.m., and 2:00 p.m., performed by high school students from Kaufman Music Center’s Special Music School (M. 859).

BPL’s 28th Amendment Project and the accompanying programming expand on the Library’s mission to redefine libraries as centers for ideas and exploration through more than 60,000 free programs each year, and is part of a fall season of in-person and online programming that aims to strengthen community ties and provide access to the highest quality arts and cultural programming at a critical time for Brooklyn and the nation. A complete calendar of upcoming programs can be found here with information about how to log-in and register for specific events.