A New Multifaceted Initiative Exploring the History of Racial Protest in Brooklyn Through Exhibitions, New and Crowdsourced Collections, Public Programs, and Performances. 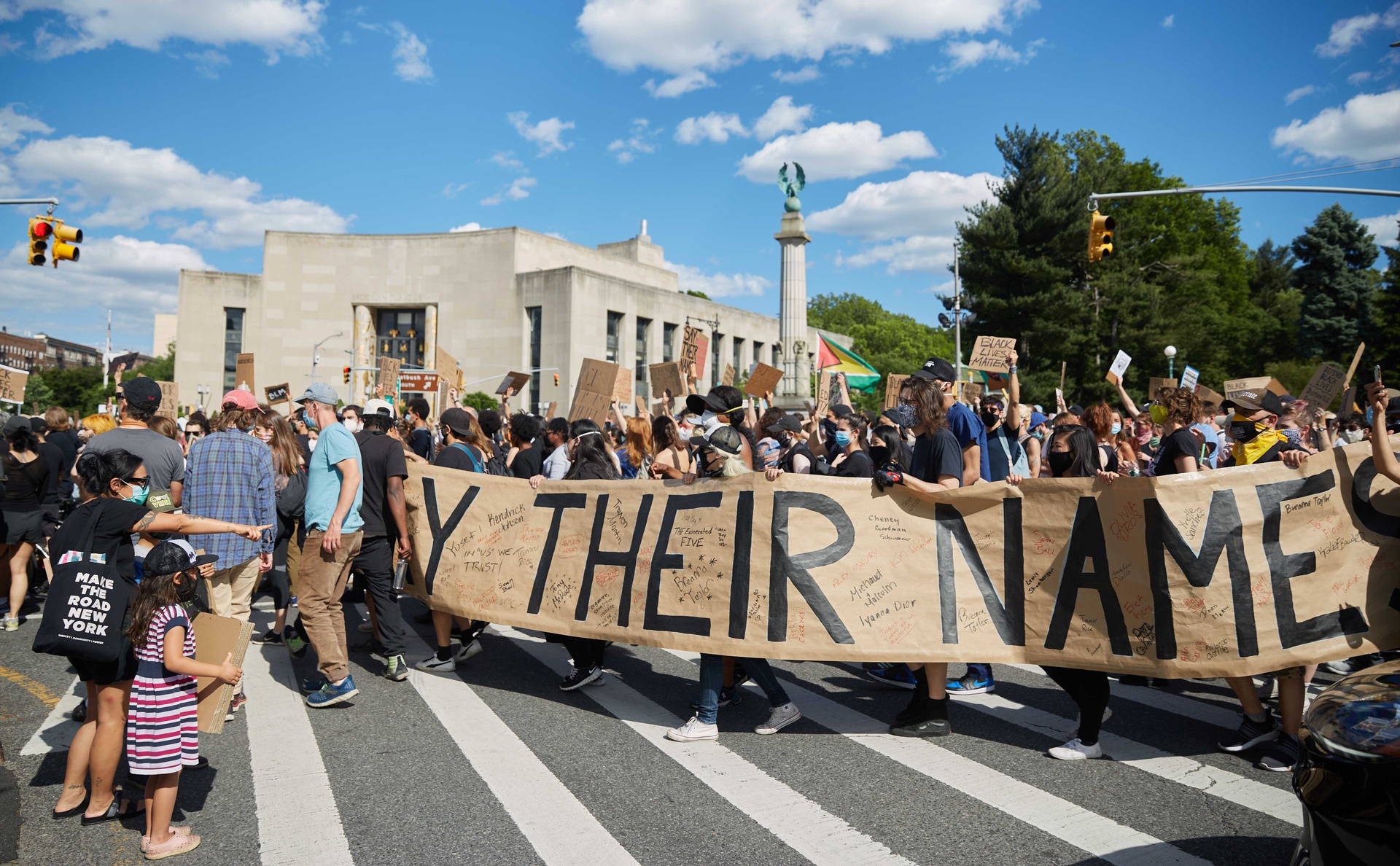 A New Multifaceted Initiative Exploring the History of Racial Protest in Brooklyn Through Exhibitions, New and Crowdsourced Collections, Public Programs, and Performances.

The Brooklyn Public Library’s (BPL) Center for Brooklyn History (CBH) today announced details for Brooklyn Resists, an ongoing, multifaceted public history initiative exploring racial protest in Brooklyn from the beginning of the civil rights era to the present. Mounted in response to the killing of George Floyd, Breonna Taylor, and the long history of Black Brooklynites experiencing the persistence of racism and state violence, including police brutality, the project is one of the first major initiatives for CBH since joining with BPL. Building upon the Center’s commitment to democratizing and expanding access to Brooklyn’s archives and widening representation of the history of the borough, it will bring together CBH’s archival holdings, new acquisitions, and crowdsourced images from the Brooklyn and New York City community to tell the story of the fight against systemic racism through the lens of the Black Brooklynites and allies who have acted in solidarity to abolish it.

Brooklyn Resists will officially launch on Juneteenth, June 19, 2021 with the opening of an outdoor exhibition at CBH’s 128 Pierrepont Street building, featuring historic texts and images from CBH’s archives and new collections of photographs from the 2020 Black Lives Matter protests, projected onto the exterior of the building. An online version of the exhibition will feature additional content, including photography, oral histories, historic documents, and other materials that tell the continuously evolving story of Black protest and resistance in Brooklyn. Concurrently, in partnership with Urban Archive, the Center is launching an open call for crowdsourced images, audio and text that will be accessible to all Brooklynites, which allows them to tell their own personal histories of protest and resistance.

The Brooklyn Resists Initiative is led by Heather Malin, Director of the Center for Brooklyn History, and Natiba Guy-Clement, Assistant Director for Collections and Public Service working in collaboration with Dr. Brian Purnell. Dr. Purnell is Geoffrey Canada Associate Professor of Africana Studies and History at Bowdoin College and award-winning author of Fighting Jim Crow in the County of Kings: The Congress of Racial Equality in Brooklyn and co-author of The Strange Careers of the Jim Crow North: Segregation and Struggle outside of the South, who will work with CBH’s collections team and archivists and librarians throughout the borough.

“This past summer, Brooklyn became a hub of the national protest movement prompted by the killing of Black people at the hands of police and our nation’s legacy of systemic racial violence and injustice. As we have witnessed, our shared histories shape our future, making it critical that we explore the borough’s history of racial protest through the lens of the Brooklynites who lived through, participated in, and documented the ongoing fight for racial equality today,” said Linda E. Johnson, President and CEO of Brooklyn Public Library. “As Brooklyn Public Library continues to address the needs and issues that are vital to our communities, we will dig into the extensive archives at the Center for Brooklyn History and build our holdings to reflect and amplify the critical narratives that formed the borough as it stands today to inspire important dialogue and action as our city and nation continue to navigate a path to justice and a more equitable future.”

Additional Brooklyn Resists projects, performance pieces, and programs at library branches across the borough include:

“Communities, activists, and protestors working to change the physical, economic, educational and cultural realities of Black Americans have strong roots in Brooklyn's streets, schools, and neighborhoods, which represent a powerful legacy and a transformative present,” said Heather Malin, Director Center for Brooklyn History. “Brooklyn Resists explores the deep and varied forms of protest against racial injustice in Brooklyn and provides the community a platform to share their own stories from the ongoing movement against systemic injustice and violence.”

“From the murder of Arthur Miller in June of 1978 to the murders of Yusuf Hawkins in 1989 and Amadou Diallo in 1999 by New York City police, and the murders of Trayvon Martin, Eric Garner, Freddie Gray, and Tamir Rice, Brooklyn has a long history of racial protest, most recently with its amplified call for justice for George Floyd, Breonna Taylor, Daunte Wright,” said Dr. Brian Purnell. “It is vital that we document, investigate, and reflect on our shared histories, and I am thrilled to be working with the Center for Brooklyn History as we continue this collective fight for social justice.”

Additional details about BPL’s Juneteenth programming and celebrations will be shared in the coming weeks. For more information on Brooklyn Resists, including how to share personal materials for consideration in the online exhibition, please visit https://www.bklynlibrary.org/content/brooklyn-resists.

BPL’s Center for Brooklyn History, home to the most expansive collection of Brooklyn history in the world, democratizes access to Brooklyn’s history to students, scholars, and the general public through programming, educational resources, and its archives. Dedicated to expanding and diversifying representation of the history of the borough, through its creation, the collection and programming spans across the Library’s 59-branch system, broadening the Center’s reach and impact throughout Brooklyn and beyond.