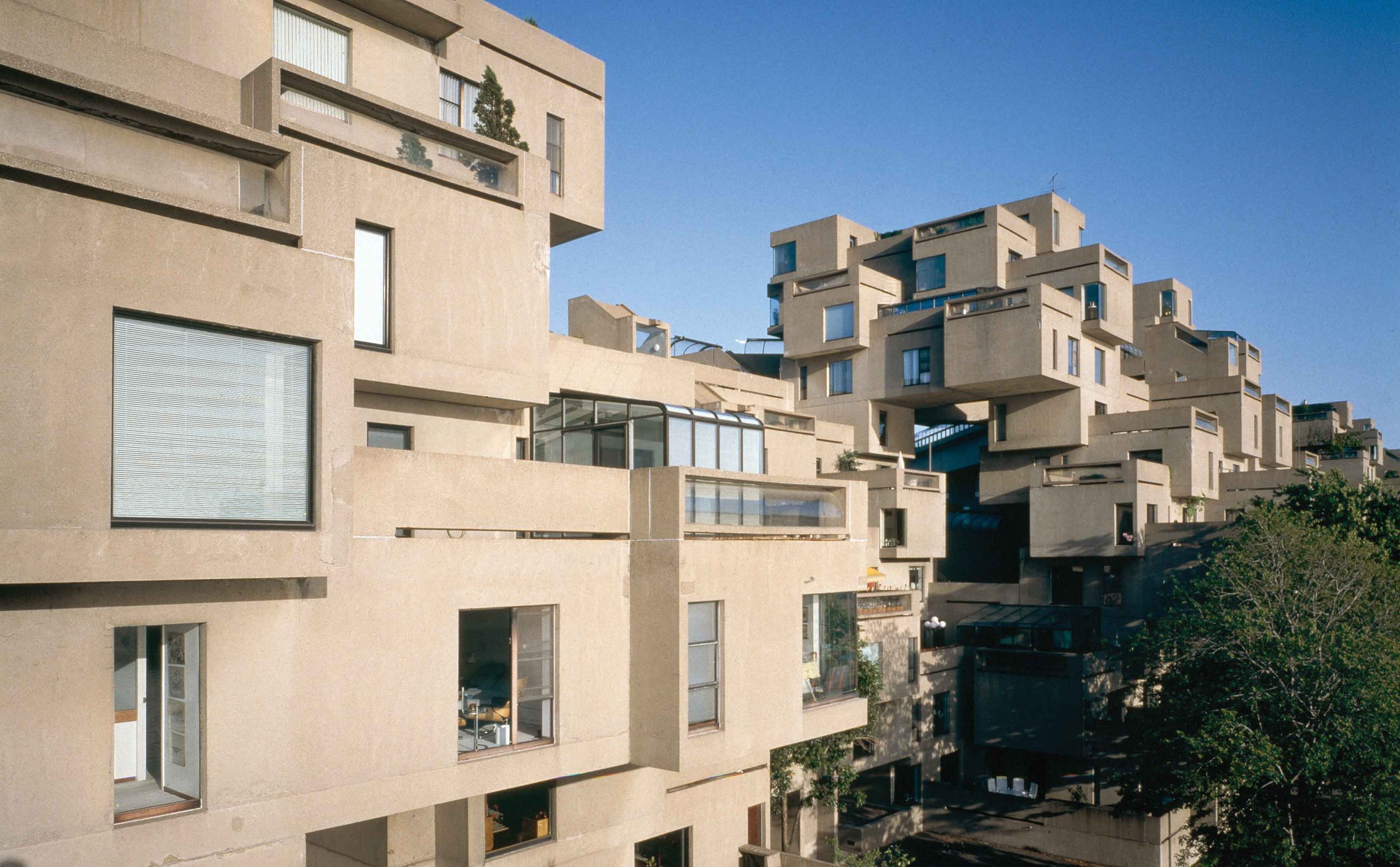 Today, on the exact 50th anniversary of the opening of Expo 67, Canada Post and global architect Moshe Safdie unveiled a commemorative stamp depicting Safdie’s pioneering urban housing complex Habitat 67 on the very site the stamp celebrates. A National Heritage Site and living landmark, Habitat 67 was commissioned by the Canadian government, Quebec, and Montreal as a major, living exhibition for the 1967 World’s Exposition in Montreal. From the moment it opened, Habitat 67 captured the international public imagination and has become an enduring icon of Expo 67 and of Canadian pride.

A citizen of Canada, Israel, and America and a graduate of Montreal’s McGill University, Safdie’s dedication to and influence throughout Canada can be seen across the country, with projects including the National Gallery of Canada in Ottawa, Lester B. Pearson International Airport in Toronto, and the Montreal Museum of Fine Arts.

The Habitat 67 stamp is the first in a set of 10 that Canada Post is issuing to mark Canada’s 150th anniversary. Each stamp will celebrate a significant moment in Canada’s history since its centennial in 1967. The next stamp in the series will be revealed in Ottawa on Wednesday, May 3, and the remaining stamps will be unveiled individually at cities across the country, the last of them on June 1.

The unveiling coincides with the announcement of Safdie Architects’ new exhibition, Habitat ‘67 vers l’avenir / The Shape of Things to Come, on view from June 1 to August 13, 2017 at the Université du Québec à Montréal (UQAM) Centre de Design. The exhibition will examine Safdie’s global career, tracing the origins, impact, and legacy of Habitat 67 through the presentation of archival images, drawings, models, renderings and photography of Habitat and of Safdie’s work around the world that evolved from that seminal project. More information about the exhibition is available here.

Moshe Safdie is an architect, urban planner, educator, theorist, and author. In recognition of his work’s impact and his lasting influence on generations of younger architects, Safdie was awarded the Lifetime Achievement Award by the Cooper Hewitt’s 2016 National Design Awards, the 1995 Gold Medal from the Royal Institute of Canadian Architects, and the 2015 Gold Medal from the American Institute of Architects, the organization’s highest honor. Moshe Safdie founded his firm, Safdie Architects, in 1964 to realize Habitat ‘67, the pioneering housing complex that evolved from his master’s thesis at McGill University. Since then, the firm has designed and realized a wide range of projects worldwide, including cultural, civic, and educational institutions; mixed-use urban centers and airports; and masterplans for existing neighborhoods and entirely new cities. Safdie Architects’ present work upholds the firm’s founding values—architecture with a purpose, humanizing megascale, responding to the essence of place, building responsibly, and shaping the public realm. The firm is based in Boston with offices in Toronto, Jerusalem, Singapore, and Shanghai. For more information, visit msafdie.com.