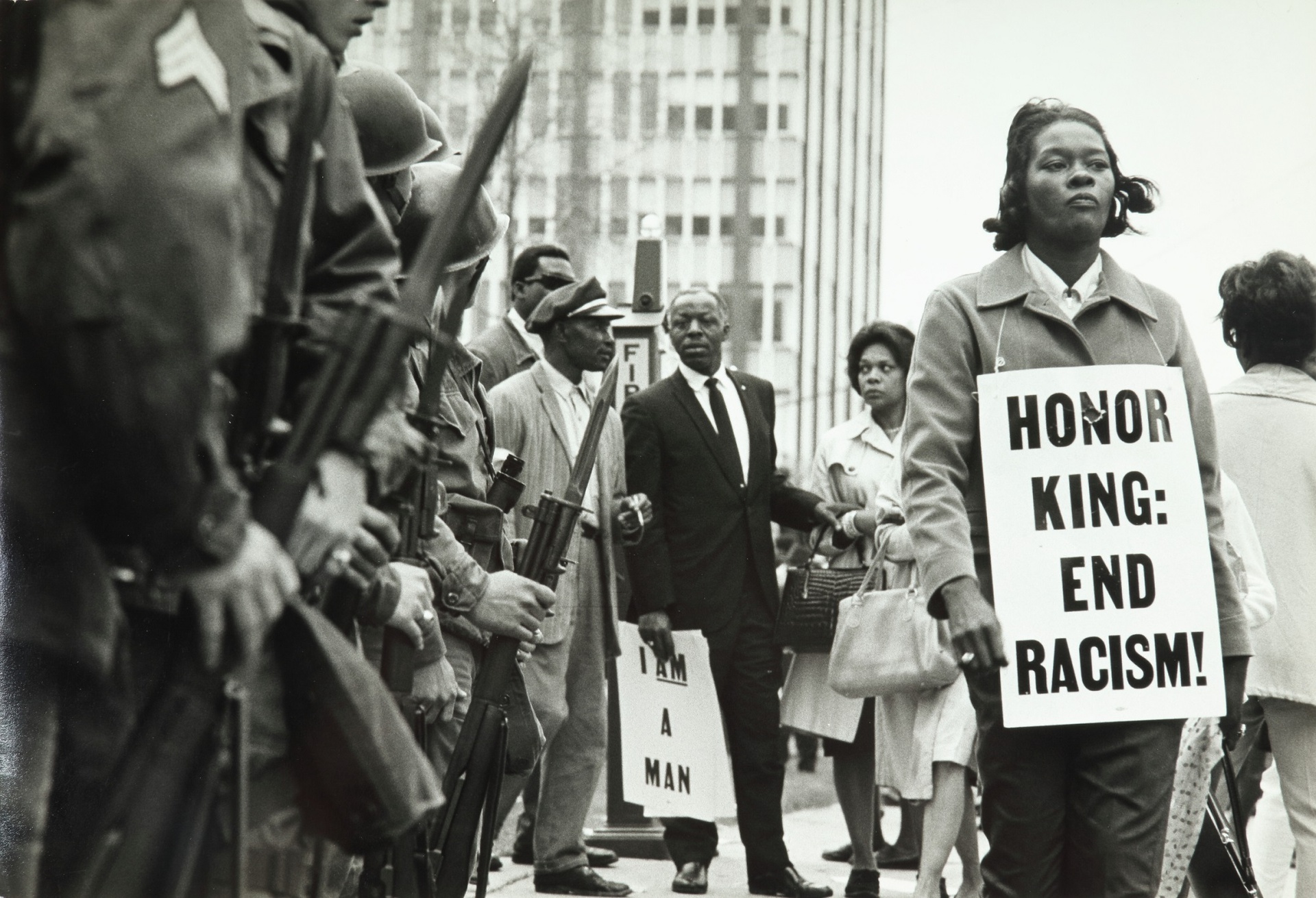 Taking its title from Dr. Martin Luther King, Jr.’s final speech before his assassination in 1968, the High Museum of Art’s photography exhibition “‘A Fire That No Water Could Put Out’: Civil Rights Photography” (Nov. 4, 2017, through May 27, 2018) will reflect on the 50th anniversary of that tumultuous year in American history. The more than 40 prints to be featured are drawn in large part from the Museum’s collection of photography documenting the civil rights movement, which is among the most significant in the world. Iconic historical images will be presented alongside works by contemporary photographers that illuminate the legacy of the movement.

“While Dr. King’s assassination is often cited as the closing bookend of the civil rights movement, activism over the past 50 years has continued efforts to advance racial equality and justice in the United States,” said Erin Nelson, the High’s curatorial assistant for photography and curator of the exhibition. “Through some of the most powerful images from our civil rights collection, including recent acquisitions, this exhibition underscores photography’s pivotal role in chronicling the important moments that shaped our past and the current events and perspectives that will influence our future.”

Highlights of the exhibition will include:

• Gordon Parks (American, 1912–2006), “Outside Looking In, Mobile Alabama,” 1956. In this photograph, a group of black children look through a fence at a whites-only playground. The image took up almost a full page in Parks’ Life magazine photo essay “The Restraints: Open and Hidden,” which documented how segregation affected the lives of a black family in the Jim Crow South.

• Charles Moore (American, 1931–2010), “Martin Luther King Jr. Arrested, Montgomery, Alabama,” 1958. On Sept. 3, 1958, Dr. King was arrested for loitering at the Montgomery courthouse after being harassed and denied entrance to a hearing for fellow civil rights activist Ralph Abernathy. Moore, a local photographer, followed the commotion from the street into the police station, where he captured this image of Dr. King being manhandled by the arresting officers. The Associated Press published Moore’s photograph, which propelled his involvement in the civil rights movement.

• Steve Schapiro (American, born 1936), “Dr. Martin Luther King’s Motel Room after He Was Shot, Memphis, Tennessee,” 1968. A staff photographer for Life magazine, Schapiro was sent to Memphis immediately following the assassination of Dr. King on the balcony of the Lorraine Motel on April 4, 1968. Upon arrival, he was granted access to Dr. King’s motel room by one of King’s aides. Schapiro captured this photograph of some of the last things that Dr. King touched, including a copy of Soul Force magazine and a Styrofoam coffee cup.

• Eight recently acquired prints by American photojournalist Burk Uzzle (American, born 1938), a distinguished member of the Magnum Photos cooperative. The works include poignant scenes from the March in Memphis, led by Coretta Scott King just four days after her husband’s death, as well as some of the most iconic images of Dr. King’s funeral procession in Atlanta.

• Four photographs by Atlanta-based Dr. Doris Derby (American, born 1939) that document her experience working for the Student Nonviolent Coordinating Committee in late 1960s Mississippi. Her portraits of women lawyers, politicians, grass-roots organizers and volunteers illustrate the civil rights movement’s reliance on collaboration between hundreds of unsung heroes working for change in their communities.

• Two works by Los Angeles–based photographer David Alekhuogie (American, born 1986) from “Baptism,” a 2013 body of work he shot in and around Atlanta during a self-described pilgrimage to the primary site of the civil rights movement and other important events in black history.

• A powerful diptych from a recent acquisition of work by Chicago-based artist Dawoud Bey (American, born 1953). The 2014 photograph, from his portfolio “Birmingham: Four Girls, Two Boys,” meditates on the lives lost during the 1963 16th Street Baptist Church bombing in Birmingham, Alabama.

On Dec. 1, 2017, at 7:30 p.m. in the Hill Auditorium, the High will present a conversation between photographers Derby and Pree Bright, moderated by Spelman College President Dr. Mary Schmidt Campbell, where they will discuss their work and the historical and contemporary perspectives presented in the exhibition.

With more than 300 works, the High Museum of Art holds one of the world’s most significant collections of photographs documenting the civil rights movement. These images were made by committed artists, activists and journalists who risked injury, arrest and even death to document this critical moment of change in the United States. The collection includes deep holdings by Gordon Parks, Ernest Withers, Danny Lyon, Bruce Davidson, Leonard Freed and Charles Moore as well as documentation of the Montgomery Bus Boycott, the life of Dr. Martin Luther King Jr. and the activities of the Student Non-Violent Coordinating Committee. Recently, this collection has been expanded to include work by contemporary photographers that explores issues of civil rights and the movement’s legacy in their work.