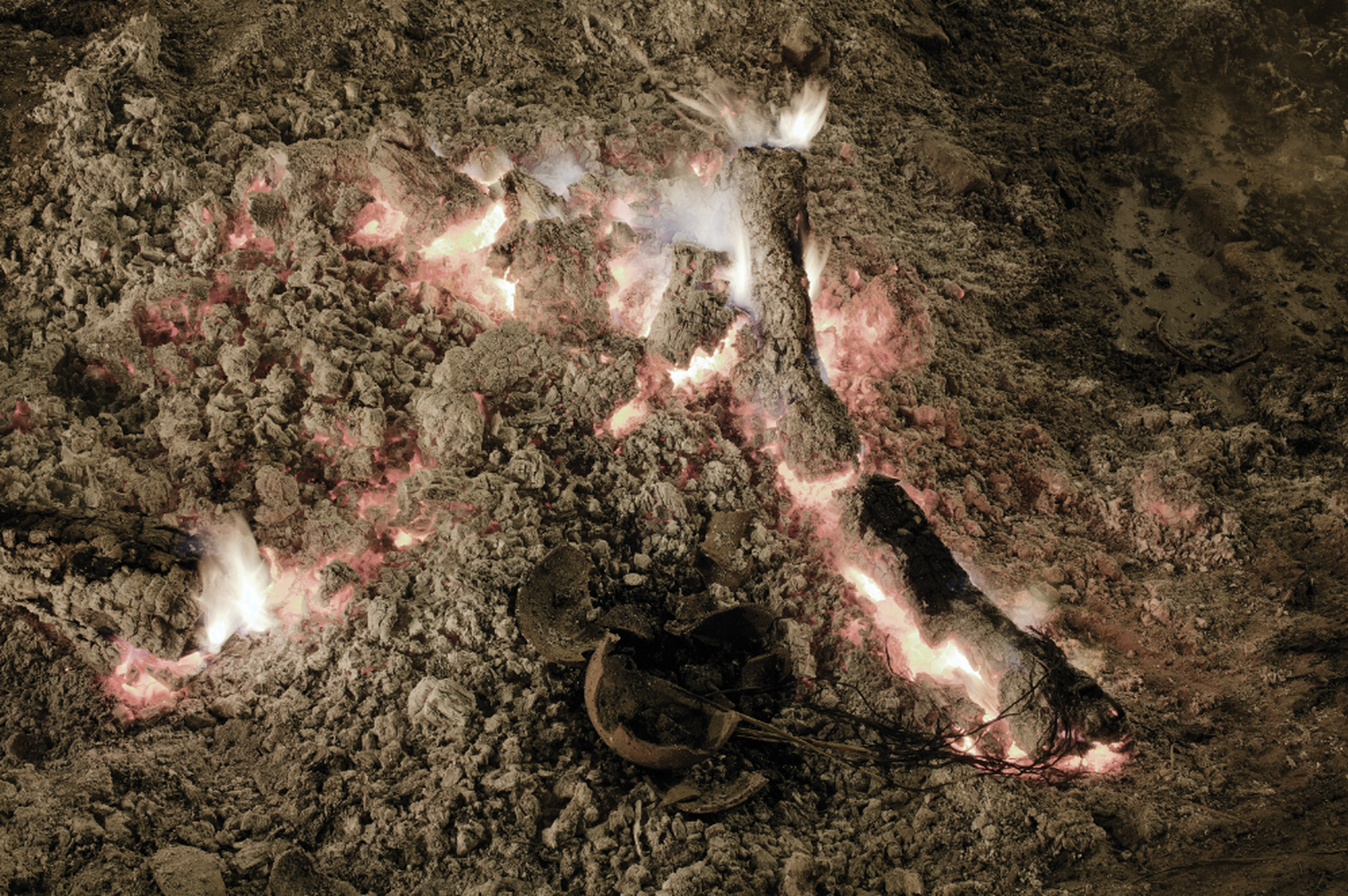 The Denver Art Museum (DAM) is proud to present Common Ground: Photographs by Fazal Sheikh, 1989-2013, a survey of the nearly 25-year career of the critically acclaimed photographer Fazal Sheikh’s work. Born and raised in New York City, the artist has focused on raising awareness of international human rights issues through his documentary-based photography practice. The exhibition, on view from Aug. 13 to Nov. 12, 2017, will feature more than 170 portraits and landscapes chronicling individuals living in displaced and marginalized communities around the world, many times as the result of war, exploitation and poverty. Common Ground is the first time this selection of works has been shown together in one place.

“Sheikh’s photographs remind us that portraits are more than just a face,” said Christoph Heinrich, Frederick and Jan Mayer Director of the DAM. “His ability to capture an individual’s spirit, traditions, beliefs, culture and reality in one photo is awe-inspiring. The exhibition will invite visitors to explore mankind through the lens of a single artist, whose body of work is striking, and bound to spark conversations about present-day issues.”

Common Ground will offer deeper insight into major world events, racial strife and the reality of mass global displacement in places such as East Africa, Afghanistan, Pakistan, India and the Netherlands. Stories told through Sheikh’s pictures focus on survivors, orphans and victims of violence and abuse, with subjects including mothers, children and the elderly. A selection of the artist’s landscape photographs will be included in the exhibition to provide context. Common Ground will display Sheikh’s meticulous technique and empathetic representation of harsh realities.

“Fazal Sheikh has photographed survivors of civil war, ethnic hatred and social marginalization for more than two decades,” said Eric Paddock, curator of photography at the DAM. “His photographs put us eye-to-eye with individuals in ways that reveal our shared humanity, rather than reinforcing symbols or stereotypes. His empathy and the straightforward elegance of his pictures give his work unique power and grace.”

The exhibition will survey Sheikh’s work in eight thematic sections that span a period from 1989 to 2013, focusing on the artist’s global travels that connected him to displaced refugees and those living in exile camps. The exhibition will open with portraits made on his early visits to refugee camps in East and South Africa. Following those portraits is a series that shows women and children left behind as a result of war in Somalia. Other sections consider women who were cast off by their families in India, young orphans and the memories of Afghanistan war refugees.

Common Ground also will feature a section focused on a single subject, the story of Seynab Azir Wardeere, a Somali war refugee who sought asylum in the Netherlands. Recorded interviews of Wardeere’s difficult accounts of making a new home in a new and unfamiliar culture will be featured as well.

The exhibition will also examine Sheikh’s first color series of photographs. Sheikh walked the streets and ghats of India’s holy city of Benares, also known as Varanasi, where he encountered homeless people sleeping in the open, as well as human remains wrapped in colored shrouds awaiting cremation. Sheikh combined these portraits with photographs of doorways, clouds and the night sky to create a tender visual poem where sleep, death, dreaming and passage are closely interwoven.

Sheikh’s series of photographs have earned him countless awards and fellowships, including a MacArthur Foundation Fellowship, a National Endowment for the Arts Fellowship, the Henri Cartier-Bresson International Grand Prize and the Luce Humanitarian Award, among many others. To extend the spirit of his work to the Denver metro area, the museum has been working with leaders in the refugee community on special programming that will engage the local refugee population to examine the experiences of displaced individuals from around the globe.

The exhibition is included in general admission and will be on view in the Gallagher Gallery of the Hamilton Building at the DAM. A book of Sheikh’s work will be available in The Shops at the Denver Art Museum.

Common Ground: Photographs by Fazal Sheikh, 1989-2013, is organized by the DAM. It is presented with generous support from Micheline Klagsbrun and Ken Grossinger, the donors to the Annual Fund Leadership Campaign and the citizens who support the Scientific and Cultural Facilities District (SCFD). Promotional support is provided by 5280 Magazine, CBS4, Comcast Spotlight and The Denver Post.

The Denver Art Museum is an educational, nonprofit resource that sparks creative thinking and expression through transformative experiences with art. Its holdings reflect the city and region—and provide invaluable ways for the community to learn about cultures from around the world. Metro citizens support the Scientific and Cultural Facilities District (SCFD), a unique funding source serving hundreds of metro Denver arts, culture and scientific organizations. For museum information, call 720-865-5000 or visit www.denverartmuseum.org.