Figure Kneeling Before Arch with Skulls Reveals Overlooked Influences on the Artist, Including Renaissance Art and Mexican Murals 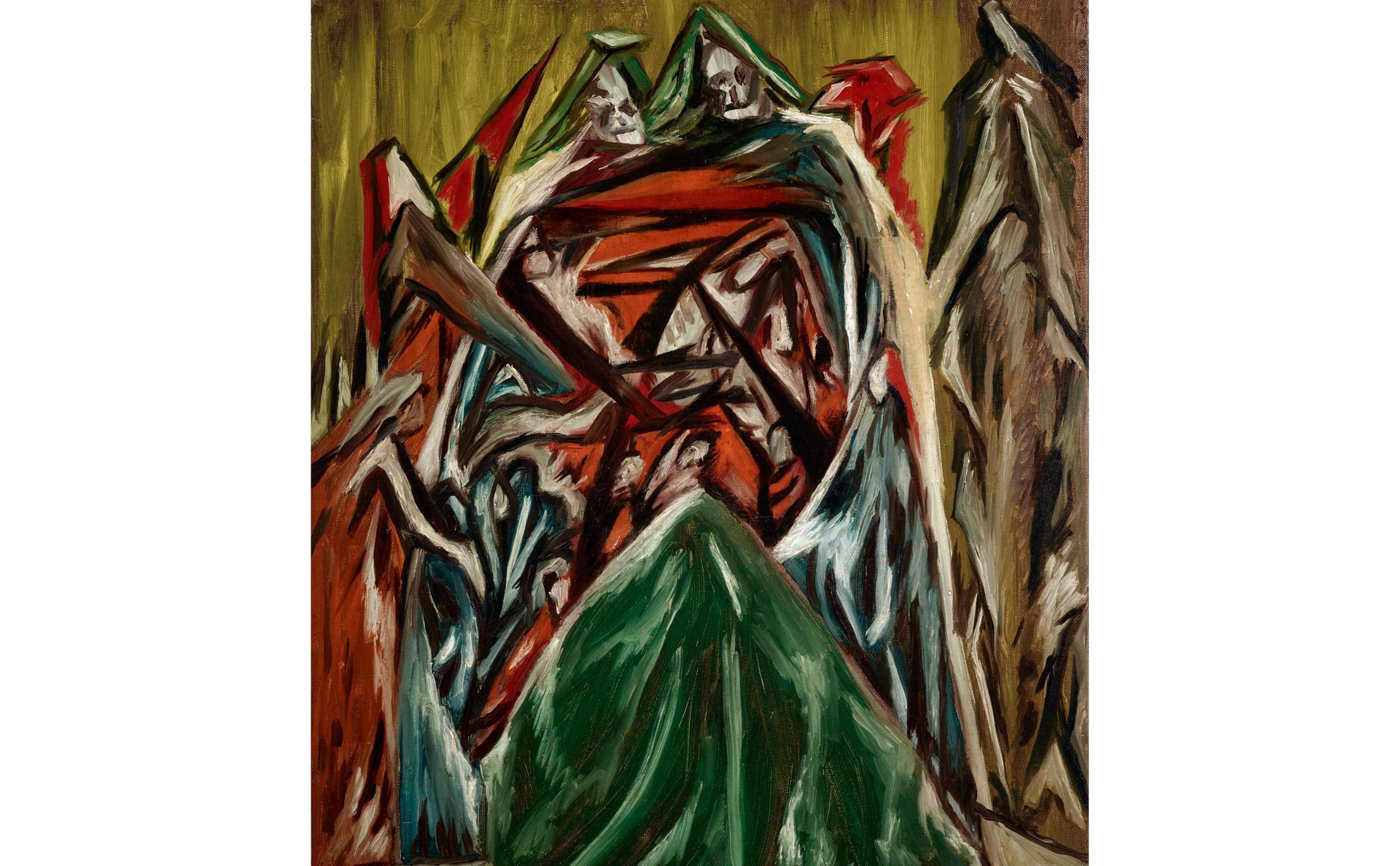 Figure Kneeling Before Arch with Skulls Reveals Overlooked Influences on the Artist, Including Renaissance Art and Mexican Murals

The Dallas Museum of Art today announced that it has acquired Jackson Pollock’s Figure Kneeling Before Arch with Skulls. The oil on canvas from circa 1934–38 is a major example of Pollock’s early work, and demonstrates his deep engagement with both Renaissance art and Mexican modernism, a period with strong representation in the DMA’s collection. This is the fifth Pollock work to enter the DMA’s modern and contemporary holdings, which also include the highly regarded paintings Cathedral (1947) and Portrait and a Dream (1953), as well as Untitled (1956), one of only six of the artist’s sculptures in existence.

“The DMA was one of the first American museums to acquire a classic period work by Jackson Pollock, and we are excited to build on this legacy at the DMA with the acquisition of this early work that sheds new light on an iconic artist,” said Agustín Arteaga, The Eugene McDermott Director of the DMA.

Pollock’s early works provide revealing insights about his artistic trajectory and influences, yet they have been almost entirely overlooked by art history. Renaissance art, for example, became an interest for the artist in the 1930s—introduced to him by one of his teachers, Thomas Hart Benton, and evidenced by Pollock’s sketchbooks of the period. Of Pollock’s four surviving sketchbooks, the two largest contain drawings after compositions by Rubens, Michelangelo, and Rembrandt, and over sixty compositions after El Greco. In Figure Kneeling Before Arch with Skulls, El Greco’s influence on Pollock is particularly evident. Pollock uses techniques similar to many signature characteristics of El Greco’s work, such as the horizontal division of the picture plane, the oval flow of the composition, and the repeated use of jagged, angular lines and triangular forms. Pollock’s incorporation of chiaroscuro throughout the painting creates a ghostly quality reminiscent of El Greco’s compositions.

The monumental wall paintings of modern Mexican muralists, particularly David Alfaro Siqueiros, José Clemente Orozco, and Diego Rivera, were also major influences on Pollock’s concept of figuration. As a student, Pollock saw Orozco’s Prometheus (1930), which he later described as “the greatest contemporary painting in North America.” The color choices and rough brushstrokes in Kneeling Figure suggest that the artist was heavily influenced by these key Mexican artists.

“Pollock’s early work has much to reveal about his lasting contributions to postwar and contemporary art and his artistic trajectory,” said Gavin Delahunty, the DMA’s Hoffman Family Senior Curator of Contemporary Art. “The addition of this superb painting to our collection will provide us with the opportunity to expand the history of one of the most influential artists of the 20th century and to explore synergies with the DMA’s existing collections of Renaissance art and Mexican modernism.”

Established in 1903, the Dallas Museum of Art (DMA) is among the 10 largest art museums in the country and is distinguished by its commitment to research, innovation and public engagement. At the heart of the Museum and its programs is its global collection, which encompasses more than 23,000 works and spans 5,000 years of history, representing a full range of world cultures. Located in the nation’s largest arts district, the Museum acts as a catalyst for community creativity, engaging people of all ages and backgrounds with a diverse spectrum of programming, from exhibitions and lectures to concerts, literary events, and dramatic and dance presentations. Since the Museum’s return to free general admission in 2013, the DMA has welcomed more than two and a half million visitors. For more information, visit www.DMA.org. The Dallas Museum of Art is supported, in part, by the generosity of DMA Members and donors, the citizens of Dallas through the City of Dallas Office of Cultural Affairs, and the Texas Commission on the Arts.