Creation of New Curatorial Position, Establishment of $1 Million Acquisition Fund, and Gifts of Five Works by Latin American Artists Build on Museum's Dedication to Representing Artistic Connections Across Cultures and Periods and Bringing Under-recognized Artists to the Fore 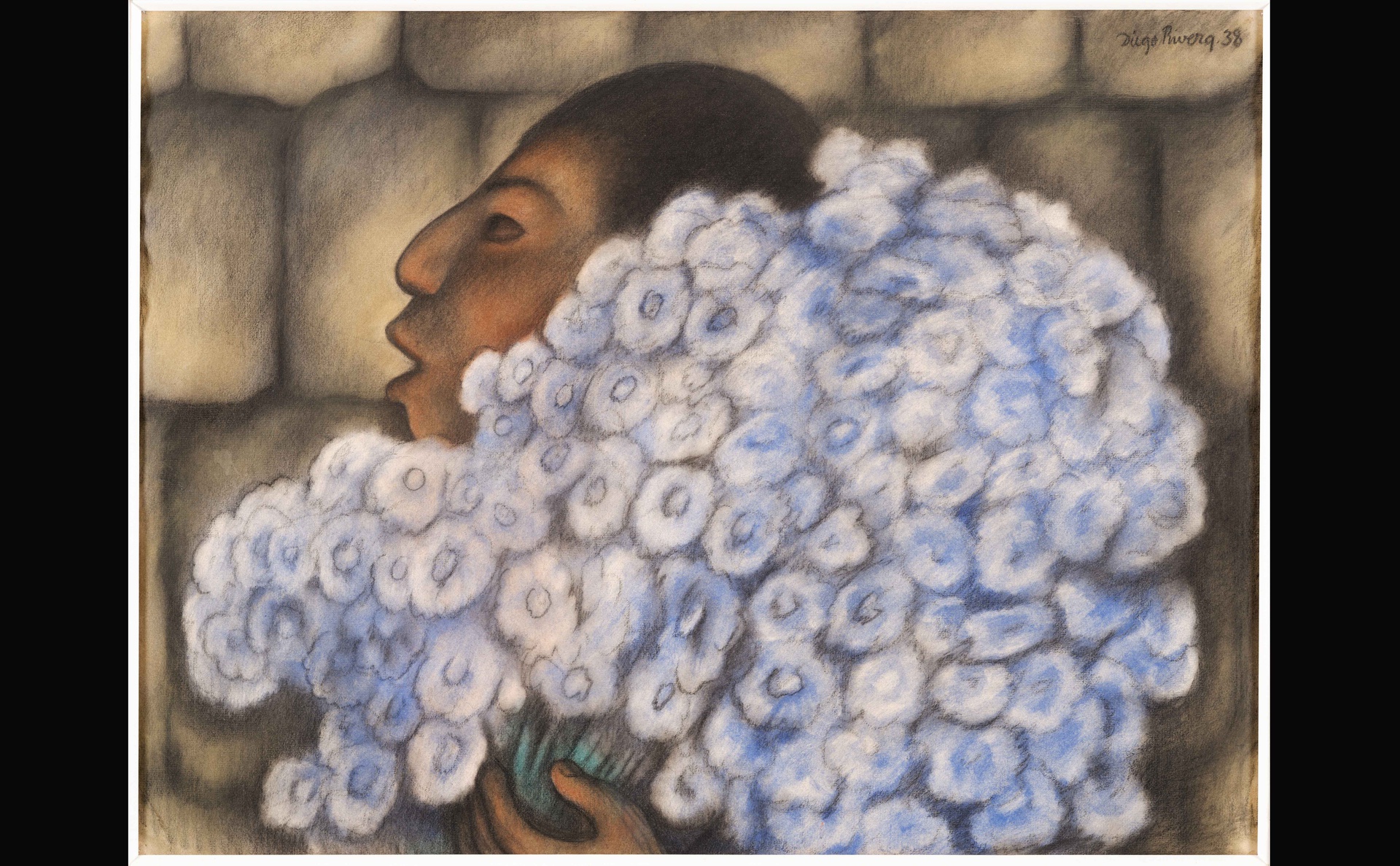 Creation of New Curatorial Position, Establishment of $1 Million Acquisition Fund, and Gifts of Five Works by Latin American Artists Build on Museum's Dedication to Representing Artistic Connections Across Cultures and Periods and Bringing Under-recognized Artists to the Fore

The Dallas Museum of Art (DMA) announced today the significant expansion of its commitment to Latin American art through a group of extraordinary gifts to the Museum, reflecting the Museum’s focus on inclusivity across its collection, programming, and audiences. They include a major gift to support the creation of a new curatorial position; the establishment of a new fund dedicated to the acquisition of Latin American art; and the addition of five works by key Latin American artists to the Museum’s collection. These visionary gifts enable the DMA to dramatically strengthen the exhibition, programming, and study of Latin American art. The establishment of this dedicated department is part of the DMA’s strategic plan to diversify the illustration of artistic influence and dialogue across the world and throughout time, and to deepen the DMA’s representation of the culture and history of its local and national communities within the Museum’s collection.

The Jorge Baldor Curator of Latin American Art, established through a major gift from Dallas entrepreneur and civic leader Jorge Baldor, is a newly created position whose purview encompasses art from North America, the Caribbean, and Central and South America, from the viceregal to the modern centuries. This transformative gift to the Museum follows Baldor’s substantial philanthropic support for the DMA’s record-breaking and critically acclaimed 2017 exhibition México 1900–1950, for which he was the lead funder. In tandem with building the DMA’s curatorial expertise in this area, the Museum’s Latin American art collection is bolstered through the Stanley and Linda Marcus Endowment for the Acquisition of Latin American Art. Established with an extraordinary $1 million gift from Linda Marcus in her name and that of her late husband, Stanley, the new fund builds on the Marcuses’ incredible history of support for the Museum and their particular interest in the arts of the Americas and Latin America. As a trustee of the Dallas Museum of Art for more than 60 years, Stanley Marcus also dramatically influenced the Museum’s collection, donating more than 300 works of art in all media across many curatorial areas. He fostered a passion for traditional pre-Colombian and modern Latin American art, with such notable highlights as the Museum’s acquisitions of the magnificent mural painting El Hombre by Rufino Tamayo and The Nora and John Wise Collection of Ancient South American Art, leading him to provide the foundations for the Museum’s present strengths in these realms. Linda Marcus, a former DMA trustee, continues to collect in the area of Latin American art, and has made a promised gift of her collection to the Museum.

In addition to these endowments, five works of art will join the DMA’s Latin American holdings through gifts of Baldor, as well as through The Eugene and Margaret McDermott Art Fund, Inc.; the de Unger family, a trustee of The Keir Collection of Islamic Art; an anonymous donor; and a promised gift from DMA trustees Nancy and Jeremy Halbreich. They include a rare full-scale preparatory drawing by Miguel Covarrubias for the mural Genesis, The Gift of Life, which is installed outside of the Museum’s main entrance, dramatic pastels by Diego Rivera and Roberto Matta, and a Peruvian textile likely from the 17th century.

“The DMA is committed to excellence in scholarship and collecting, but is as much committed to serving its constituency as a welcoming and exciting place to visit, where audiences can identify with and see themselves reflected in our programming; learn about their own histories; and share them with others,” said Dr. Agustín Arteaga, The Eugene McDermott Director of the DMA. “The DMA’s encyclopedic collection is the anchor for sharing and exploring the stories and cross-influences of cultures around the world and illustrating the undeniable ties between them. With Latino and Latin American culture embedded in the fabric of Dallas, as well as the United States, the DMA’s strength in Latin American art is core not only to expanding the narrative of art history, but to reflecting the histories of the Museum’s audiences, locally and nationally. These gifts form the cornerstone of an exciting new chapter in the history of the DMA’s engagement with Latin American art, and position the Museum to excel in bringing underrecognized narratives of art history to the fore. We are enormously grateful for the transformative gifts of Jorge Baldor and Linda Marcus, as well as for the works of art from Jorge, The Eugene and Margaret McDermott Art Fund, the de Unger family, an anonymous donor, and the promised gift from Nancy and Jeremy Halbreich.”

“What we saw during the México 1910–1950 exhibition was an influx of first-time museum goers, moved by art that reflects the faces, culture, and history that represents Mexico,” stated Jorge Baldor. “Having a Latin American curator, along with the DMA’s commitment to acquisitions and space, and with private donations, will expand on that experience and help bind all communities through Latin American art.”

“As a leading museum in the country, it is vital that the Dallas Museum of Art formally collect, present, and study Latin American art and that local, national, and international audiences have opportunities to explore the connections between these artists and the rest of the DMA’s outstanding collection. I am pleased to have the opportunity to be part of this important landmark for the DMA as it continues to strengthen the global scope of its collection,” said Linda Marcus.

The Dallas Museum of Art began exhibiting works by modern Latin American artists in 1933 and acquired the first work, a lithograph by Roberto Montenegro, in 1941. Since that time, the DMA has presented 45 exhibitions, the most recent being Fine Lands (2018) and México 1900–1950 (2017), which became the Museum’s second highest attended special paid exhibition in a decade, second only to the presentation of Tutankhamun and the Golden Age of the Pharaohs in 2008. In addition, the DMA has acquired since 1941 over 400 works of Latin American art, including paintings, sculpture, works on paper, and textiles beyond the pre-Colombian, viceregal, and contemporary collections. With this group of gifts, the DMA embarks on a new chapter in its presentation and study of Latin American art, enabling the Museum to considerably increase its exhibitions and programs in this area, expand curatorial expertise, and continue strengthening and diversifying its holdings to illustrate a more comprehensive narrative of art history.

Dallas is the ninth largest city in the country, with a Latino and Latin American heritage population of 43%, making it the largest ethnic group in the city. With the DMA’s 2017–2020 strategic plan, the Museum aims to use its encyclopedic collection as a launching point to reflect and engage with the Latin American and Latino community of Dallas, as well as with national and international audiences. In addition to strengthening the collection in this area, the Museum has been actively offering bilingual resources for its audiences since 2017, with bilingual wall texts and exhibition catalogues, as well as the addition of six bilingual staff to the education team in 2018.