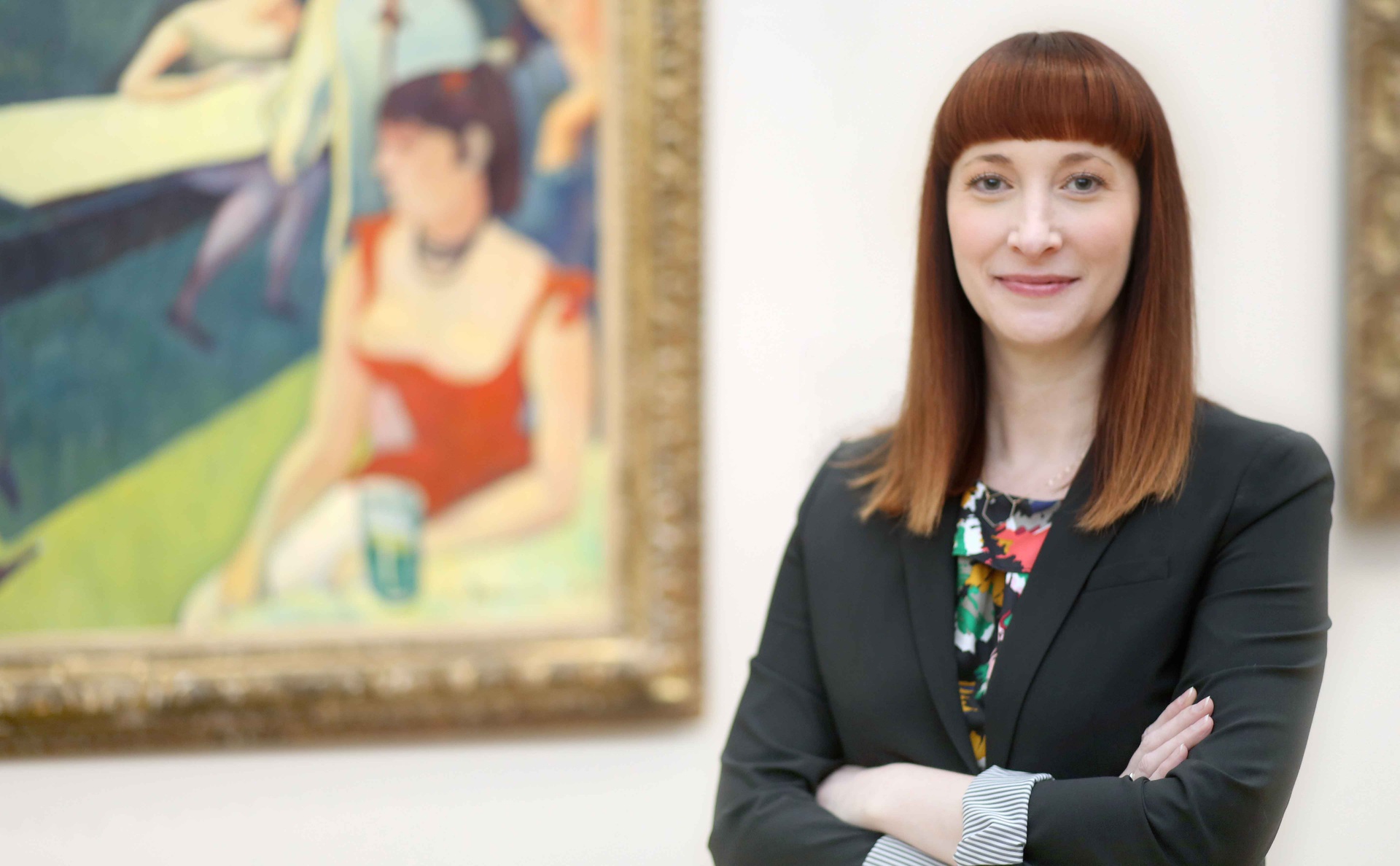 “In her time at the DMA, Nicole has already demonstrated incredible leadership through her significant contributions to scholarship, visionary acquisitions, and compelling exhibitions that highlight the strength and breadth of the DMA’s collection,” said Arteaga. “I am confident that the Museum’s Department of European Art will continue to grow and evolve in meaningful ways under her direction.”

Since joining the DMA in 2016, Myers has curated several noteworthy exhibitions, including the forthcoming critically acclaimed exhibition Berthe Morisot, Woman Impressionist, opening at the DMA on February 24, 2019, for which she is co-curator. Co-organized by the DMA, Musée national des beaux-arts du Québec (Québec City, Canada), the Barnes Foundation (Philadelphia, PA), and the Musée d’Orsay (Paris, France), this is the first dedicated presentation of Morisot’s work held in the United States since 1987.

Myers is also curator of Women Artists in Europe from the Monarchy to Modernism (2018), which highlights the DMA’s exceptional holdings of artwork by female artists working in Europe between the late 18th and mid-20th centuries; Modernity and the City (2018), which brings together prints and drawings by European artists who captured the impact of industrialization on urban life in the early 20th century; and An Enduring Legacy: The Eugene and Margaret McDermott Collection of Impressionist and Modern Art (2018), dedicated to the single largest benefactors in the Museum’s history, the late Margaret and Eugene McDermott, and presenting their magnificent final bequest of 32 19th- and early 20th-century artworks. Myers also served as the curator of the only US presentation of the international touring exhibition Art and Nature in the Middle Ages, organized by the Musée de Cluny, Musée National du Moyen Âge in Paris and presented in Dallas in 2016. She is currently at work on major loan exhibitions dedicated to Juan Gris, Vincent van Gogh, and Pablo Picasso.

Additionally during her tenure at the DMA, Myers has overseen a range of significant acquisitions for the Museum’s collection. In 2018 she was responsible for the DMA’s acquisition of The Descent from the Cross by the German master painter Derick Baegert (c. 1440–c. 1509). This tour-de-force of Northern European painting is the first work of its kind to enter the DMA’s holdings and the first work by this artist to enter a US museum. Myers also acquired French artist Emile Bernard’s masterpiece The Salon (1890), as well as rare paintings by Adélaïde Labille-Guiard (French, 1749–1803), Eva Gonzalès (French, 1849–1883), Oscar Dominguez (Spanish, 1906–1957), and Joaquín Torres-García (Uruguayan, 1874–1949).

“It is both an honor and a privilege to lead the Department of European Art as The Barbara Thomas Lemmon Senior Curator,” said Myers. “I am thrilled to be part of such a dynamic institution as it starts an exciting new chapter under Dr. Arteaga’s direction, and I look forward to sharing groundbreaking exhibitions, research, and programming dedicated to European art in the years to come.”

Prior to the DMA, Myers served as the Associate Curator of European Painting and Sculpture at the Nelson-Atkins Museum of Art, where she curated the exhibitions Rodin: Sculptures from the Iris and B. Gerald Cantor Foundation (2011), Town and Country: French Types in the 19th Century (2012), and Gérôme and the Lure of the Orient (2014). She previously held curatorial positions at the Metropolitan Museum of Art, the Museum of Fine Arts, Boston, and the Saint Louis Art Museum, and served as a Curatorial Consultant to the Denver Art Museum.

At the heart of the Museum’s modern European collection is a world-renowned group of 11 paintings and drawings by Piet Mondrian, as well as works by Constantin Brancusi, Ernst Ludwig Kirchner, Fernand Léger, René Magritte, Henri Matisse, Käthe Kollwitz, Kazimir Severinovich Malevich, and other masters of the avant-garde.