The Western: An Epic in Art and Film explores visual construct, legacy and understanding through more than 160 objects at the Denver Art Museum 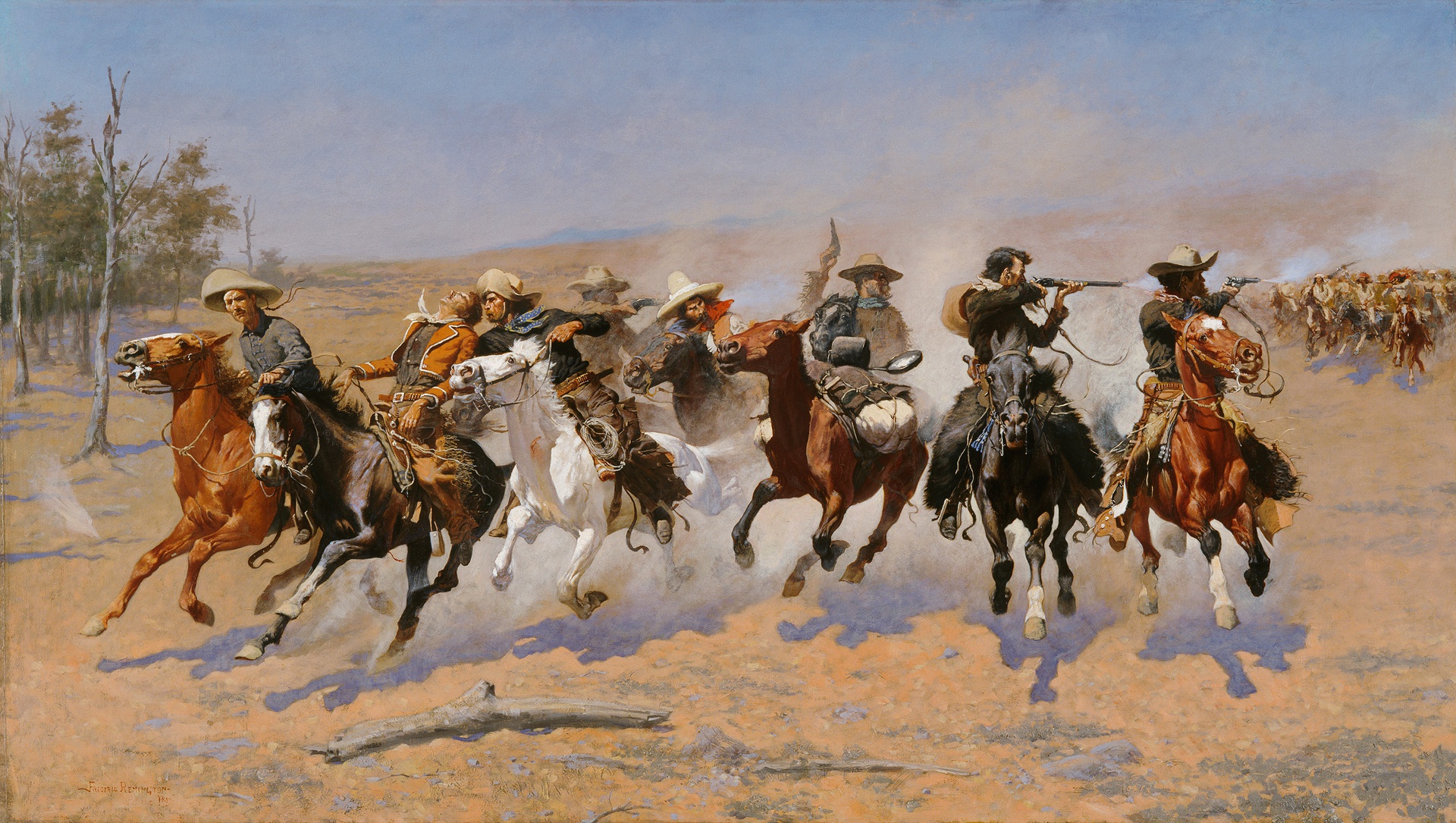 Image
Frederick Remington, A Dash for the Timbers, 1889

The Western: An Epic in Art and Film explores visual construct, legacy and understanding through more than 160 objects at the Denver Art Museum

In May 2017, the Denver Art Museum (DAM) will debut the first major exhibition to examine the visual legacy that formed “The Western” through fine art, film and popular culture. Bringing together still and moving images, objects and iconic works of art, The Western: An Epic in Art and Film will be the first exhibition to consider The Western and its attendant myths in the context of approximately 160 paintings, photography, prose and film from the mid-1800s to the present. Co-organized by the DAM and Montreal Museum of Fine Arts (MMFA), this traveling exhibition will be on view in Denver from May 28, 2017 through Sept. 10, 2017.

The Western: An Epic in Art and Film will emphasize the artistic legacy and evolution contributing toward the development of the Western genre. Co-curators Thomas Brent Smith, director of the Petrie Institute of Western American Art at the DAM, and Mary Dailey Desmarais, Ph.D., curator of International Modern Art at the MMFA, explore portrayals of gender roles, race relations and gun violence, showcasing the complexity of a genre that encompasses more than cowboys and American Indians, outlaws, bandits and barroom brawls.

“Denver has always been a cultural capital of the Rocky Mountain West,” said Christoph Heinrich, Frederick and Jan Mayer Director at the DAM. “The museum itself has a long history of presenting compelling exhibitions about the American West and our city provides the ideal backdrop for this exhibition. We look forward to showing visitors how recent scholarship in film studies, literature and art history converge to tell the story of our iconic region.”

Large-scale paintings, multiple film viewing areas, stills and other ephemera will set the stage for the exhibition. The Western: An Epic in Art and Film will open with expansive landscape paintings of the West, along with the mass production of dime novels and illustrated magazines. Buffalo Bill’s “Wild West” show will be featured to demonstrate how this extravaganza attraction contributed toward the internationalization of a homegrown mythology. The exhibition will continue to highlight the dialogue between film, fine art, fact and fiction through early Western films to John Ford’s classics, and examines the complex dialogues in post-World War II films.

“Shaped through more than a century and a half of stories and images, the Western genre is the most enduring and powerful American epic,” said Smith. “Over time, it has become a vehicle through which the country projected its fears, anxieties and aspirations. To this day, a renewed critical interest in the genre continues to shape our culture in important ways.”

The exhibition narrative will be told through key concepts beginning with the examination of fine-art influences on film including set, cast and drama storylines. Additional exploration will focus on classic Western films by directors including John Ford, post-war Western films and “Spaghetti Westerns” by director Sergio Leone, who reinvented the Western hero through the ultra-cool Man with No Name, played by Clint Eastwood.

A section dedicated to the counterculture movement experienced during the Vietnam War will delve into the realism and lyricism of films and the power of celebrity influence utilized by artists such as Andy Warhol and directors like Dennis Hopper. The exhibition will conclude with the conscious engagement of the Western genre through contemporary art and film from the 1980s to present day by artists such as Ed Ruscha and Kent Monkman, and films that include Brokeback Mountain (2005) and Django Unchained (2012).

The Western: An Epic in Art and Film will be a special ticketed exhibition. The exhibition will be on view in the DAM’s Anschutz and Martin and McCormick galleries. Following its debut in Denver, the exhibition will then travel to the MMFA from Oct. 9, 2017 through Jan. 21, 2018.