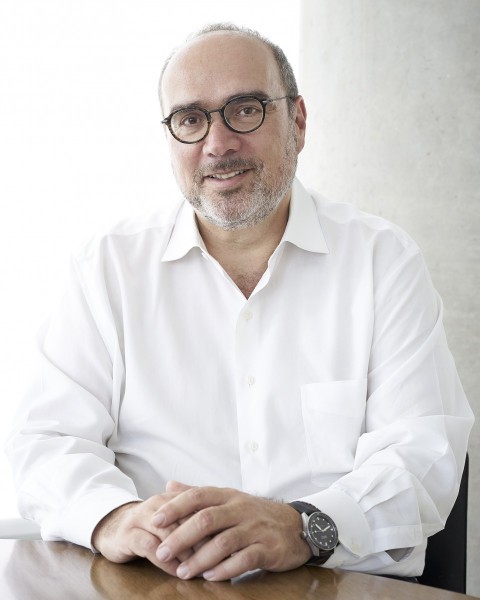 The Israel Museum announced today the appointment of Denis Weil as the Anne and Jerome Fisher Director. Currently Dean and Professor of Design at the Institute of Design at the Illinois Institute of Technology in Chicago, Weil brings more than 25 years of leadership experience in public and private sectors to the institution. He was unanimously elected by the Museum’s Board of Directors following an extensive search that included candidates from Israel and abroad. Weil assumes his position at the Museum on March 1, 2022.

Weil has worked extensively in the public and philanthropic sectors, including roles at Bloomberg Philanthropies, Year Up, Mercy Corps, and Sanergy. Weil has also held leadership positions in innovation, design, and digital technology at McDonald’s, Interactive Media Group, Procter and Gamble, and IDEO.

“Throughout his career, Denis has been an innovator who has led scholars and creatives in research-driven inquiry that has generated meaningful cultural, educational, and social programs and impacts for both individuals and communities,” said Isaac Molho, Chair of the Board of the Israel Museum. “His experience as a leader, manager, fundraiser, and designer, together with his forward-looking vision for the Museum, will serve us well as we build upon the success of the past 56 years in creating an even more exciting future.”

"It will truly be an honor to lead one of the most important museums in the world during this time to expand the cultural, educational, and civic roles it plays in Israel and internationally," said Weil. "Innovation is sparked by collaboration and creativity, and I look forward to working with the Museum’s talented staff to both strengthen and reimagine the ways in which we engage the public with our exceptional collections, exhibitions, scholarship, and programs inside the Museum and beyond."

A native of Switzerland, Weil has lived in Israel and speaks Hebrew, English, German, and French. In addition to his current position at IIT, he has taught at Bezalel Academy of Arts and Design in Jerusalem and lectured globally on the role of design in enhancing individual experience and community engagement. He received a master’s degree in chemical engineering from the Swiss Federal Institute of Technology in Zurich and participated in its Master Thesis Exchange Program with the Imperial College London. Weil also earned a master’s degree in design strategy from Illinois Institute of Technology and, in 2015, was an Advanced Leadership Initiative Fellow at Harvard University.

Weil succeeds Professor Ido Bruno, who completed his tenure on November 30, 2021. The Board expresses its thanks to Professor Bruno for his four years of service to the Museum, especially during such an unprecedented period, and his positive contribution to many areas of the Museum’s work. Weil joins the Museum following its successful navigation of the global COVID-19 pandemic and its return to full functioning with a diverse program of new exhibitions, cultural events, and publications.