The Denver Art Museum (DAM) today announced three new appointments to its curatorial staff. Associate curator JR (Jennifer R.) Henneman has been promoted to the role of Curator of Western American Art and Director at the Petrie Institute of Western American Art (PIWAA). Rory Padeken will join the DAM as the Kent and Vicki Logan Curator of Modern and Contemporary Art. Raphael Fonseca has already taken up his position as Associate Curator of Modern and Contemporary Latin American Art, a new role created in 2021.

“JR has been an integral part of strengthening our world-class collection of western American art, and we’re thrilled to see her step into this leadership role,” said Christoph Heinrich, Frederick and Jan Mayer Director of the DAM. “We’re also delighted to bring in fresh voices and new perspectives. Rory’s community-centered approach to his work makes him a natural fit to lead our Modern and Contemporary Art department, while Raphael’s role is an important addition to our curatorial staff, bringing a new focus to contemporary Latin American artists.” 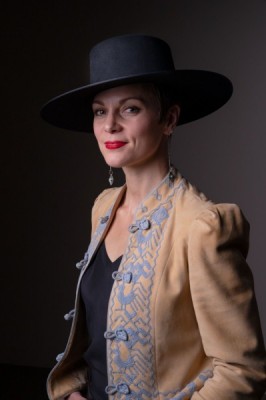 “During my six years at the DAM, I have worked to expand the scope of the western American art canon,” Henneman said. “I look forward to continuing these efforts and am committed to inclusive storytelling and collaborative curation to highlight important stories of the West.”

“Henneman brings deep knowledge of the Petrie Institute’s collections, and has participated in and contributed to its prestige as a place of scholarship on western American art,” said Angelica Daneo, the DAM’s Chief Curator and Curator of European and American Art Before 1900.

Since joining the DAM in 2016, Henneman has contributed to the PIWAA’s ambitious program dedicated to the presentation of the complex and inherently diverse story of western American art. During the recent renovation of the DAM’s Lanny and Sharon Martin Building, she played an integral role in the reinstallation of the Western American Art galleries, helping to incorporate narratives from diverse time periods, regions and ethnic backgrounds.

Henneman received her doctoral degree in 19th Century British and American Art and Visual Culture at the University of Washington and her MA in Art History at Richmond, the American International University in London. During the course of her PhD, she completed research fellowships at the Amon Carter Museum of American Art in Fort Worth, TX, the Buffalo Bill Center of the West in Cody, WY, the Harry Ransom Center at the University of Texas in Austin, and the British Library in London. Her curatorial and collections experience includes posts at the Smithsonian American Art Museum, the Morris Graves Foundation, the Henry Art Gallery and the Victoria and Albert Museum.

Most recently, she edited and contributed to The American West in Art: Selections from the Denver Art Museum (2020, winner of a Colorado Book Award); curated the traveling exhibition Creating the West in Art (2011); co-curated and contributed to the catalogue of the NEH-funded exhibition Natural Forces: Winslow Homer and Frederic Remington (2020); and co-curated Backstory: Western American Art in Context at the History Colorado Center (2017). 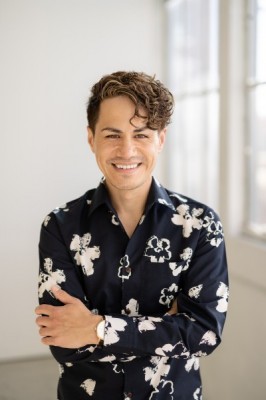 Rory Padeken will join the DAM as the Vicki and Kent Logan Curator of Modern and Contemporary Art in June 2022.

Padeken comes to the DAM from the San José Museum of Art, where he currently serves as Curator. For more than a decade, he worked to develop cross-disciplinary exhibitions and programs that encourage creative and critical thinking. His curatorial work is centered on advocacy for artists, expanding the narratives of modern and contemporary art through key acquisitions for the collection, and the critical examination of timely social issues. Notable recent exhibitions and projects include an exploration of Vietnamese and Vietnamese American stories of war and migration through Dinh Q. Lê’s video installations; a workshop on racial justice with artist Glenn Kaino; the critically-acclaimed exhibition Border Cantos: Richard Misrach | Guillermo Galindo, which addressed the humanitarian crisis at the Mexico-US border; mounting the first major U.S. solo exhibition of video animations and drawings by Tabaimo from Japan; and organizing the first solo museum exhibition and scholarly catalogue on the work of Jean Conner opening in May 2022.

“The DAM’s commitment to telling artists’ stories and engaging with the community aligns beautifully with my own curatorial approach, which aims to connect art with everyday life,” Padeken said. “I look forward to working with the talented team at the DAM to showcase the museum’s modern and contemporary holdings through an inclusive lens.”

Padeken edited and contributed to the publication Dinh Q. Lê: True Journey is Return (2018), which received support from the Henry Luce Foundation, and has contributed essays and articles to exhibition catalogs and publications on the work of Tomokazu Matsumyama, Yojiro Imasaka and Pae White, served as a juror for numerous public art projects, worked with artists to produce films on their work, and organized artist commissions and public programs with Diana Thater, Lordy Rodriguez, Evan Holm, Guillermo Galindo, Fallen Fruit (David Allen Burns and Austin Young), Won Ju Lim and Clare Rojas, among others.

Selected in 2017 for the Silicon Valley Business Journal’s Top 40 Under 40 list, he is a member of the Association of Art Museum Curators and the Indigenous Curatorial Collective/Collectif des commissaires autochtones.

Padeken received his MA in Visual & Critical Studies from California College of the Arts in San Francisco and his BA in History of Art from the University of California, Berkeley. 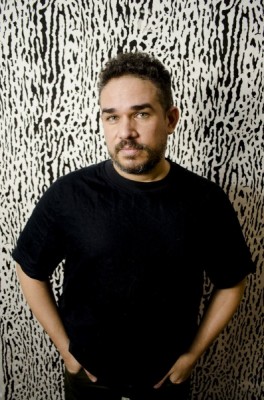 Fonseca, who resides in Rio de Janeiro, Brazil, will collaborate closely with Jorge Rivas Pérez, Frederick and Jan Mayer Curator of Latin American Art, and the DAM’s department of Modern and Contemporary Art, to present new scholarship and further develop one of the largest and most comprehensive Latin American art collections in the U.S. He was part of the curatorial team for the reinstallation of the Latin American Art galleries that debuted in October 2021 with the opening of the DAM’s Lanny and Sharon Martin Building.

“The DAM is home to one of the most comprehensive collections of Latin American art in the U.S. and I look forward to using my position to spotlight modern and contemporary artistic creativity and achievement from the region,” Fonseca said.

Fonseca came to the DAM from Rio de Janeiro, where he most recently served as curator at Museu de Arte Contemporânea de Niterói (MAC Niterói) and taught as a professor of Visual Arts at Colégio Pedro II. Throughout his extensive curatorial career, he has placed a continued emphasis on revealing new creative histories of Latin American artists.

Fonseca recently curated the exhibitions Sweat at the Haus der Kunst in Munich, Germany (2021, with Anna Schneider), and To-and-fro at Centro Cultural Banco do Brasil, in São Paulo, Brazil (2019). He received the Marcantonio Vilaça curatorial award (2015) and has collaborated writing for publications including ArtNexus, Terremoto and ArtReview.

Fonseca holds a PhD in Art History and Criticism from State University of Rio de Janeiro.

About the Denver Art Museum

The Denver Art Museum is an educational, nonprofit resource that sparks creative thinking and expression through trans-formative experiences with art. Its mission is to enrich lives by sparking creative thinking and expression. Its holdings reflect the city and region—and provide invaluable ways for the community to learn about cultures from around the world. Metro voters support the Scientific and Cultural Facilities District (SCFD), a unique funding source serving hundreds of metro Denver arts, culture and scientific organizations. For museum information, visit www.denverartmuseum.org or call 720-865-5000.