Opening November 2021, exhibition to present more than 100 artworks from 1855 to 1913 by a range of artists that include Cecilia Beaux, William Merritt Chase, Childe Hassam, Winslow Homer, John Singer Sargent and Henry Ossawa Tanner 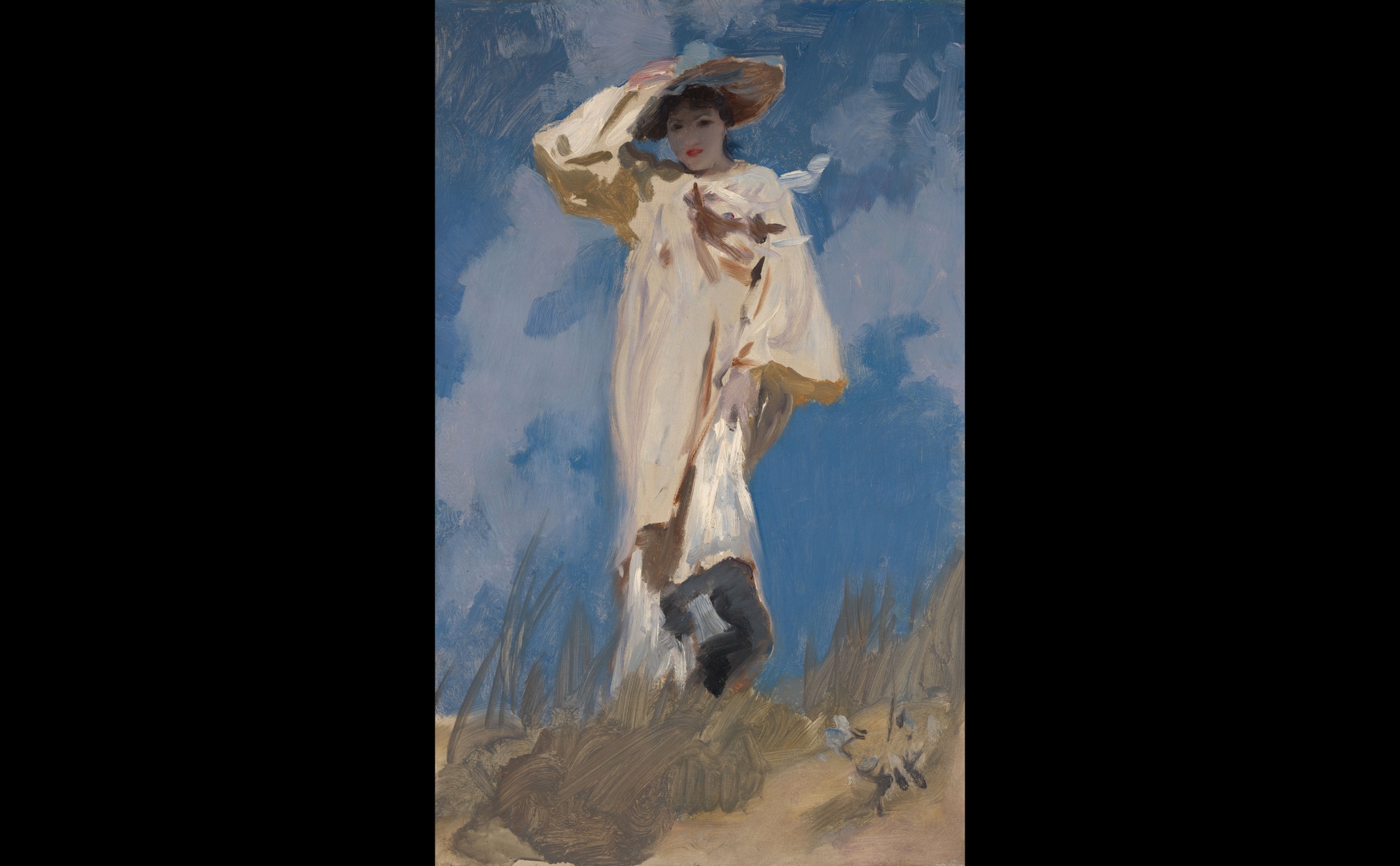 Opening November 2021, exhibition to present more than 100 artworks from 1855 to 1913 by a range of artists that include Cecilia Beaux, William Merritt Chase, Childe Hassam, Winslow Homer, John Singer Sargent and Henry Ossawa Tanner

The Denver Art Museum (DAM) today announced the exhibition Whistler to Cassatt: American Painters in France, set to premiere at DAM November14, 2021. The exhibition will feature more than 100 paintings made between 1855 and 1913 in the first comprehensive examination of France’s stylistic impact on American painting of the period. From academic training in Paris to exploration of the countryside landscape, Whistler to Cassatt reveals both the visual and conceptual influences of France on American painters in the 19th and early 20th century. Organized by the DAM and curated by Timothy Standring, curator emeritus at the DAM, Whistler to Cassatt will be presented in the Anschutz and Martin and McCormick galleries on Level 2 of the Hamilton Building through February 13, 2022. The exhibition will then travel to the Virginia Museum of Fine Arts from April 16, 2022, to July 31, 2022.

“In this exhibition, visitors will experience the stories leading up to and at the turn of the 20th century of renowned American artists working and training in France,” said Christoph Heinrich, Frederick and Jan Mayer Director of the DAM. “Their challenges, triumphs and learnings in the region contributed to the florescence of this period’s paintings. By advancing narratives that reveal the deep cultural links between France and America, DAM’s exhibition provides audiences with a more comprehensive understanding of one of the most complex periods in American art history.”

Thematically organized, the exhibition will feature seven sections, opening with a dramatic gallery reminiscent of the Paris Salon, an annual showcase of artworks that determined the success of an artist’s career. Subsequent galleries will highlight a wide spectrum of artistic styles championed by American artists, including classicism, realism, tonalism, impressionism and hybrids of each—that were honed from lessons by Paris’ private ateliers, official enrollment in École des Beaux-Arts and summer months spent at artist colonies throughout Normandy and Brittany.

The exhibition also focuses on the instruction American painters received in the official and private academies. This labor-intensive academic approach involved hours of preparation prior to the final execution of a painting. The end result was to present a clear visual composition based on a literary narrative. By the mid-19th century, many of the works accepted for the Salon focused on popular domestic themes and historical subject matter, as visitors will see throughout this exhibition. Demonstrative examples include The Resurrection of Lazarus (1896) and The Young Sabot Maker (1895) by Henry Ossawa Tanner, a Black American artist who trained at the Académie Julian. Other works in this gallery will include works by Walter Gay, Henry Mosler and Frank Biggs, the first three American artists whose works were acquired by the French state after being shown at the annual Salon. Two works painted by Winslow Homer in France will be on display as well.

The significant artistic contributions of James Abbott McNeill Whistler, John Singer Sargent and Mary Cassatt then take the stage of this exhibition narrative. These artists were known to be part of the first wave of Americans to cross the Atlantic Ocean to Europe, and to Paris—then considered the center of the art world. Each contributed to the rich complexity of American painting, which was in close dialogue with their French contemporaries during this period.

A gallery dedicated to Whistler will showcase the many different approaches to painting that the artist explored throughout his tenure in France, which began with his participation in the atelier of the Swiss-born artist Charles Gleyre. Artworks in this gallery display the diversity of Whistler’s painting, including realist canvases referencing the work of French painter Gustave Courbet to a more aesthetic approach characterized by a restricted palette and painterly finish. The latter approach to his painting had a considerable impact on American artists of the period, persuading many to adopt tonalism as Whistler’s style is now called. Artworks on view in this gallery will include The Coast of Brittany (Alone with the Tide), (1861), Blue and Silver, Dieppe (1880–85), The Sea, Pourville (1899) and The Beach at Marseille (1901).

Whistler to Cassatt also will feature a range of works by Sargent, including four oil studies that he produced prior to painting his renowned Fishing for Oysters at Cancale (1877). Born in Florence, Italy, to American parents, he spent several years in France, during which time he painted primarily landscapes and beach scenes reflecting his travels throughout the country. In Paris, he participated in the private atelier of Carolus-Duran and the École des Beaux-Arts where he produced a stunning drawing of a marble plinth for one of his classes. His portrait of Carolus-Duran (1879) pays homage to his teacher, who encouraged Sargent to work according to his painterly inclinations, evident in his paintings A Gust of Wind (1883-85) and Atlantic Storm (1876), which defied stylistic categorization.

In Cassatt’s dedicated gallery, nearly 20 works will be on view spanning the artist’s career, from one of her first works exhibited at the Salon of 1868, The Mandolin Player (1868), to her Portrait of Lydia Cassatt (1880), Young Girl at a Window (1883-1884), Baby in Dark Blue Suit, Looking Over his Mother’s Shoulder (1889), to three different studies in pastel of Sara and her Mother with the Baby (1901). At age 21, Cassatt arrived in Paris and was quickly accepted to the atelier of distinguished master Jean-Léon Gérôme based on the strength of her portfolio. She supplemented her studies by making copies of masterworks at the Louvre, as women of the time were not accepted to the École des Beaux-Arts or allowed to socialize in cafés where male avant-garde artists congregated. Nonetheless, during her time in Paris, she formed a close friendship with Edgar Degas who supported and challenged her artistically.

“Whistler to Cassatt will bring to the fore the richly braided story of American and French creative discourse—and how it shaped the past and present of painting in America,” Standring said. “The exhibition weaves a combination of themes—philosophical, stylistic and economic—to underscore the allure of Paris for American artists of the time and the intersections of global influences that continue to reverberate in today’s American culture.”

The exhibition will close with a gallery devoted to artists who exhibited in fiercely competitive Paris salons and became grounded in sophisticated and avant-garde techniques in France. These artists worked on both sides of the Atlantic, including William Merritt Chase, J. Alden Weir, Frank Benson, Edmund C. Tarbell, Thomas W. Dewing and Robert Lewis Reid, among others. Upon their return from France, they decided to form an independent group known as The Ten. Their livelier and mostly impressionist painting style was initially frowned upon in the United States for its radically different approach to the widely held concept of “American art.” The group exhibited together, which helped them gain a following in the U.S. This gallery also will feature artworks by the second wave of French-trained American artists, including Robert Henri, William Glackens, Maurice Prendergast, Arthur B. Davies and Arthur Dove, known for forming the group The Eight in 1907.

A more than 200-page catalog will accompany the Whistler to Cassatt exhibition. It will feature about 200 illustrations and essays by scholars including Randall Griffin, Southern Methodist University, on the question of American art; Suzanne Singletary, Thomas Jefferson University, on Whistler and France; Susan Rawles, Virginia Museum of Fine Arts, on the careers of American women artists from this period; Ben Colman, Detroit Institute of Arts, on American painters and the French Salon; Emmanuelle Brugerolles, École Nationale Supérieur des Beaux-Arts, on Americans at the École; and Standring, on American artists’ responses to the question of “finish” prevalent during the 1860s and 1870s. This catalog, published by Yale University Press, will be available in the Shop at the Denver Art Museum and via its online store.

Whistler to Cassatt will require a special exhibition ticket. Upon opening, please check the museum’s website at denverartmuseum.org for the museum’s latest ticketing policies and procedures. Those sharing content on social media are encouraged to use #WhistlertoCassattatDAM.

Whistler to Cassatt: American Painters in France is organized by the Denver Art Museum. National tour sponsored by Bank of America. The exhibition is supported by the Tom Taplin Jr. and Ted Taplin Endowment, the Kristin and Charles Lohmiller Exhibitions Fund, the Wyeth Foundation for American Art, Kathie and Keith Finger, Lisë Gander and Andy Main, Lauren and Geoff Smart, Christie’s, the French American Museum Exchange (FRAME), the generous donors to the Annual Fund Leadership Campaign, and the residents who support the Scientific and Cultural Facilities District (SCFD). This exhibition is supported by an indemnity from the Federal Council on the Arts and the Humanities. Promotional support is provided by 5280 Magazine and CBS4.