Simphiwe Ndzube: Oracles of the Pink Universe will feature new immersive artworks exploring the weight of history, power, conflict and the search for freedom through the artist’s fantastical world 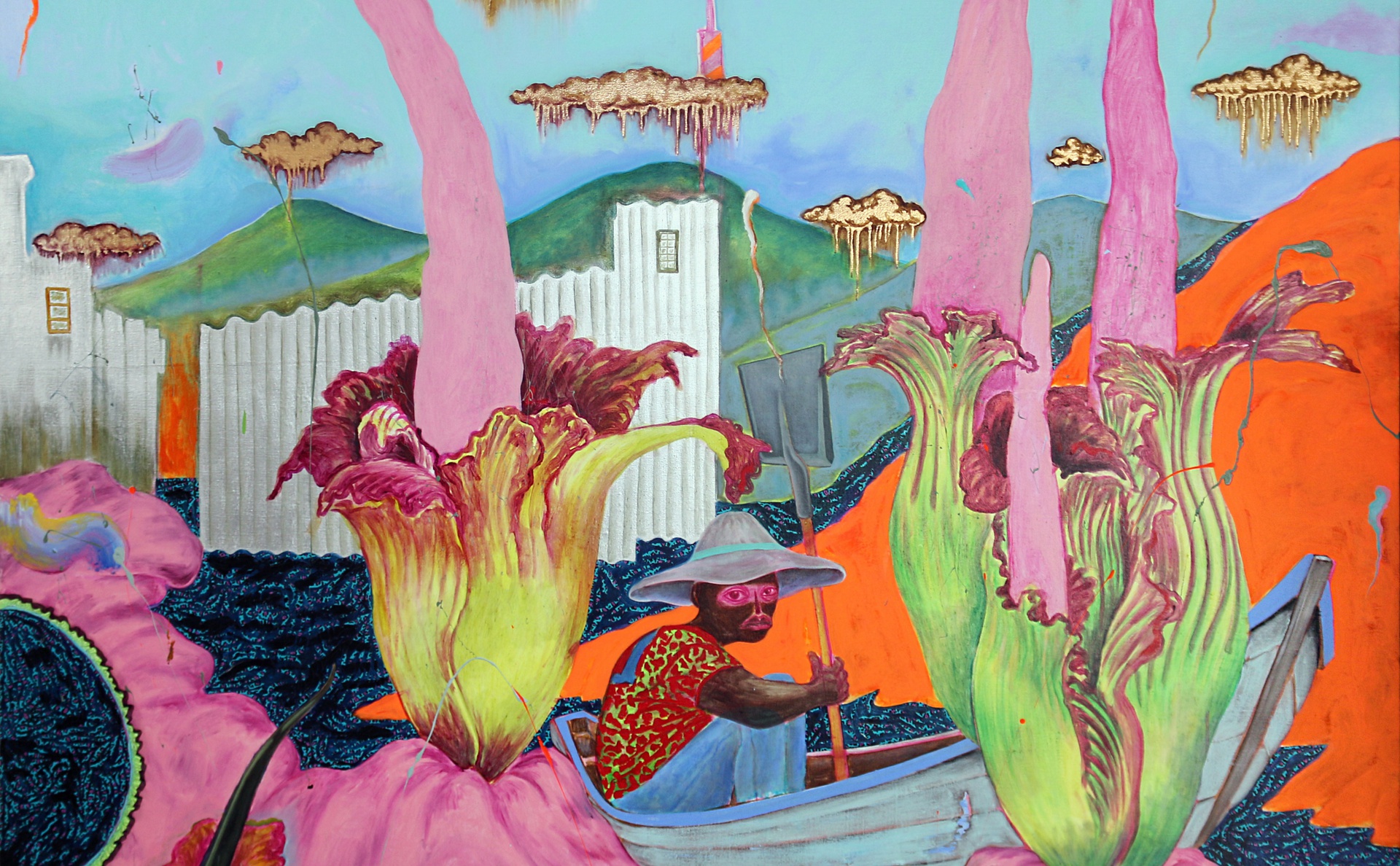 Image
Simphiwe Ndzube, The Bloom of the Corpse Flower, 2020. ©Simphiwe Ndzube. Image courtesy of the artist and Nicodim Gallery. Photo by Christie Hayden.

Simphiwe Ndzube: Oracles of the Pink Universe will feature new immersive artworks exploring the weight of history, power, conflict and the search for freedom through the artist’s fantastical world

In the first U.S. solo museum exhibition for South African contemporary artist Simphiwe Ndzube titled Simphiwe Ndzube: Oracles of the Pink Universe, the exhibition at the Denver Art Museum (DAM) will present seven new immersive works exploring the interplay between magical realism and history. Opening June 2021, the exhibition integrates themes related to power, conflict and the search for freedom through a Pink Universe, an imaginative world constructed by the artist, which combines fantasy with the history of Ndzube’s post-apartheid South Africa.

A genre first conceptualized in Latin America, magical realism infuses reality with elements of the fantastical. Oracles of the Pink Universe is organized by the DAM and curated by Laura F. Almeida, curatorial fellow of modern and contemporary art at the museum. The exhibition will be on view June 13, 2021, to Sept. 12, 2021, on level 2 of the museum’s Hamilton Building in the Martin and McCormick Gallery.

Oracles of the Pink Universe is an expansion of Ndzube's visual search that explores a mythological place, drawing from his personal experiences, imagination and art history. He will present exclusive works that depart from Hieronymus Bosch's painting The Garden of Earthly Delights (1490 – 1500), depicting a theatrical space where heaven, earth and hell intersect. As visitors step into this alternate universe, they will be confronted with artworks that explore themes of conflict, tension, resilience, strength and a fight for human rights.

“This installation by Simphiwe Ndzube will address important and difficult themes through playfulness and imagination,” said Christoph Heinrich, Frederick and Jan Mayer Director of the DAM. “By taking visitors on a visually captivating journey to his own alternate mythical universe, we hope Ndzube’s artworks will spark and encourage dialogue about underlying themes that are incredibly relevant to our lives today.”

Oracles of the Pink Universe will include an entirely new body of work comprised of vibrant paintings and sculptures, some of which ingeniously transform from two dimensional to three dimensional works of art. Ndzube’s installation will incorporate resin, spray paint, collage and found objects, such as second-hand clothing. They also will feature figures, sometimes depicted as headless, amorphous and non-binary, that appear to emerge from the traditional confines of paintings hung on walls.

“Through an imaginative visual language that draws upon the post-apartheid Black South African experience, Ndzube conjures a fantastical, at times jarring, world that addresses timeless themes of survival, power and conflict, prompting viewers to question historical narratives,” comments curatorial fellow Almeida. “Transcending traditional boundaries of medium, style and space, Ndzube’s work invites audiences into an exhibition experience that hovers on the edge of the supernatural and the real, somewhere in the space where history and imagination merge.”

Ndzube’s mythical world will also explore boundaries, whether ontological, political, or geographical, and will embrace the coexistence of seemingly irreconcilable realities, spaces and systems that confront the viewer’s perception of what is possible.

Oracles of the Pink Universe will be included in general admission and free for museum members as well as youth 18 and under. To manage visitor flow and maintain compliance with local and state health guidelines, purchasing a dated and timed general admission ticket at denverartmuseum.org may still be required to see this exhibition. Visitors are encouraged to check the museum website for the latest exhibition and ticketing details.

Simphiwe Ndzube: Oracles of the Pink Universe is organized by Simphiwe Ndzube and the DAM. It is presented with the generous support of Vicki and Kent Logan. Additional support is provided by the generous donors to the Annual Fund Leadership Campaign and the residents who support the Scientific and Cultural Facilities District (SCFD). Promotional support is provided by 5280 Magazine and CBS4.