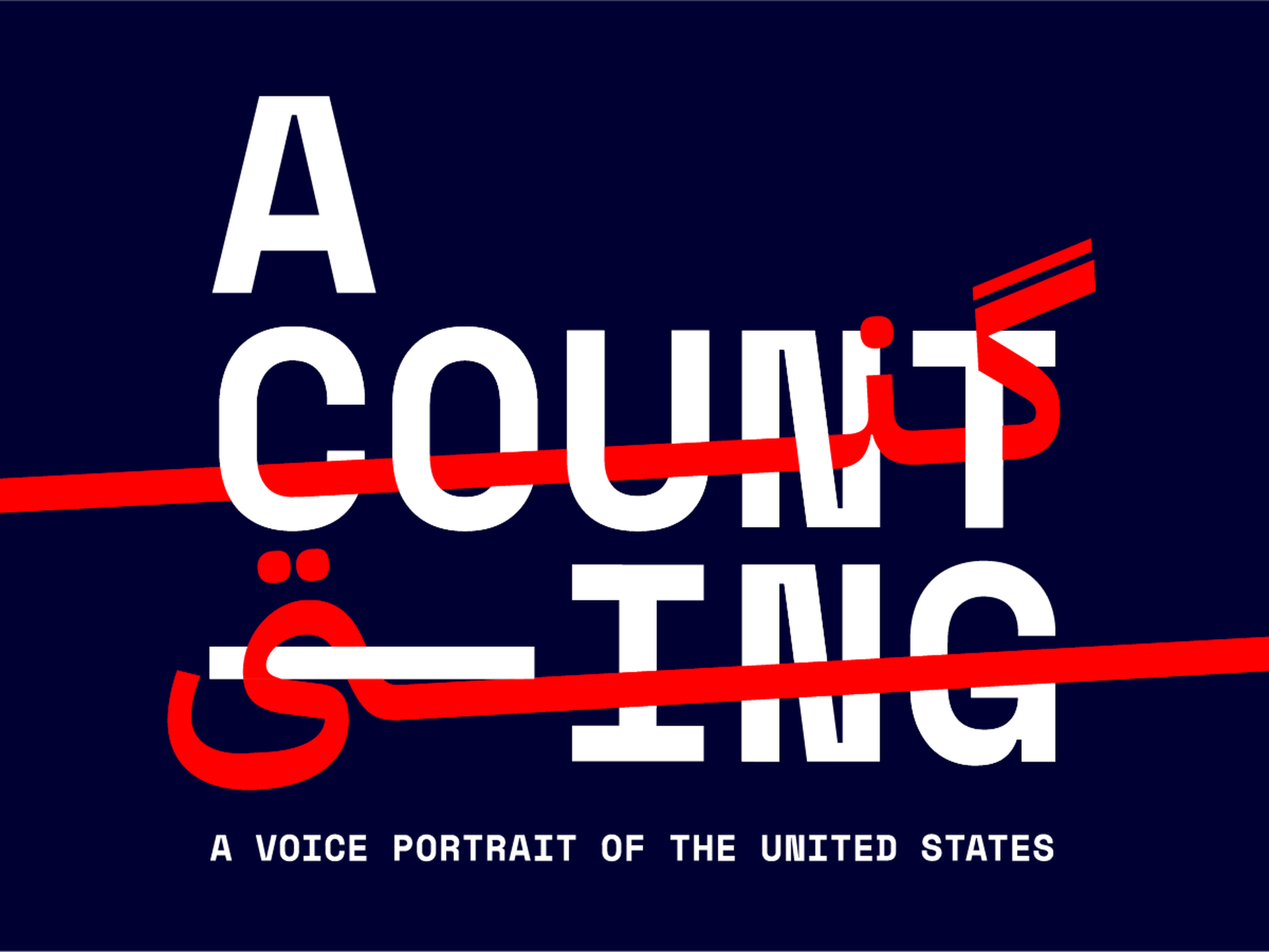 Artist Ekene Ijeoma and his group Poetic Justice at MIT Media Lab today announce the launch of the New York City edition of A Counting, a remotely accessible, participatory public art project reflecting on the linguistic and ethnic diversity of the United States by capturing “voice portraits” of major U.S. cities. Conceived as an ongoing series, the generative sound and video work features voices counting to 100 in their native languages, with a different voice speaking each number in a different language and with the number 1 spoken in an indigenous language, as available. Building off Ijeoma’s practice illuminating issues of social justice through works of art and marking the first project from Poetic Justice group, A Counting addresses the undercounting of non-White and non-English speaking people by the U.S. census.

Starting today, the NYC edition can be accessed by visiting www.a-counting.us or by dialing 917-905-6647. New Yorkers wishing to add their voice to the project can call the hotline where they will be prompted to record themselves counting in their native language and invited to share more about where their language is spoken and how its numerical system works. Additionally, individuals from around the world are invited to contribute to the project by helping with the transcriptions of the recordings by texting TRANSCRIBE to the same number.

The New York City edition of A Counting expands upon an early version of the project presented as an installation at the Museum of the City of New York in fall 2019. Following today’s launch of the reimagined remotely accessible work, the series will continue to expand over the course of 2020 to include new editions for other major cities across the country through partnerships with museums and cultural institutions, inviting the participation of the broadest possible spectrum of communities within the U.S.

“Against the backdrop of the 2020 US census, a global pandemic, and a nationwide uprising against racism, A Counting seeks to recognize the linguistic and ethnic diversity of this country,” said Ekene Ijeoma. “New York City is one of the most diverse yet segregated cities and, at a time of increasing division, A Counting meditates on how to heal those divides and speculates on what a unified city could sound like.”

Further details about additional U.S. cities and project partners will be announced in the coming weeks. If you are interested in exploring an institutional partnership to bring A Counting to your city, please reach out to hello@a-counting.us. For more information, please visit www.a-counting.us/.

Ekene Ijeoma is a conceptual artist whose practice encourages new ways of seeing and understanding social issues. Leveraging computational design and conceptual art strategies, Ijeoma translates research and data studies into multimedia and multisensory works of art. Recent exhibitions and commissions of Ijeoma’s work include Heartfelt at The Kennedy Center (2019), Who We Are at the Museum of the City of New York (2019), Landed at Neuberger Museum of Art (2016), New Americas at Annenberg Space for Photography (2016), Design and Violence at the Museum of Modern Art (2015), Design of the Year at Design Museum London (2015), and the Istanbul Design Biennial (2015).

In 2019, Ijeoma was appointed as an Assistant Professor in the Media Lab at MIT and founded Poetic Justice, a group of critical thinkers and makers who are exploring new forms of justice through art. A Counting marks the first major public art project by the group.