Exhibition at The Israel Museum, Jerusalem Highlights the Sacred Meaning and Cultural Significance of the Crops of Mesoamerica Throughout History

Divine Food draws from the Museum’s expansive collection of Mesoamerican art to explore the meaningful roles these plants played in the region’s social, political, and cultural history 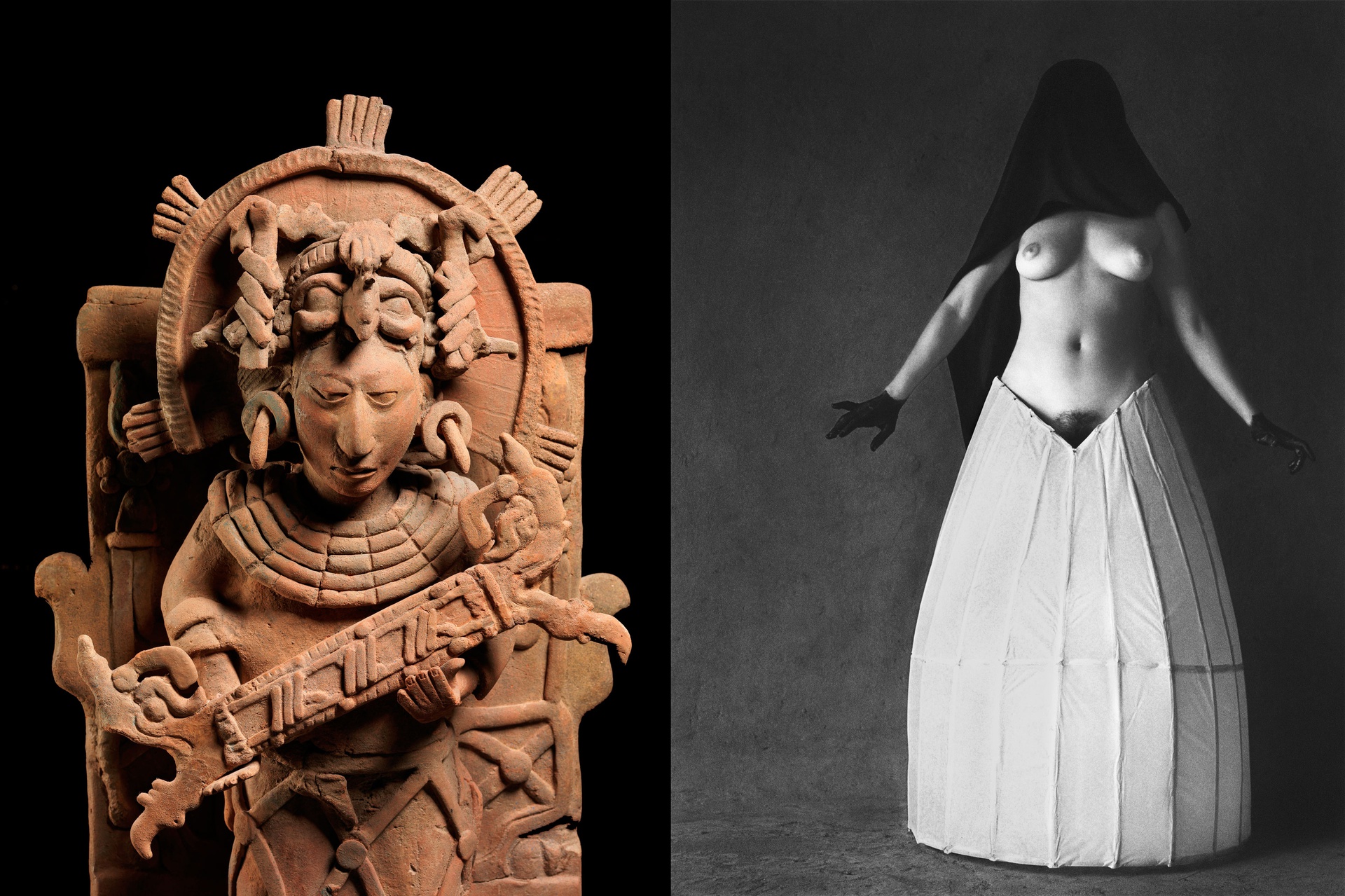 Divine Food draws from the Museum’s expansive collection of Mesoamerican art to explore the meaningful roles these plants played in the region’s social, political, and cultural history

A new exhibition organized by The Israel Museum, Jerusalem will examine how key crops have been depicted in the art of the Mesoamerican regions of North and Central America over the last 3500 years, reflecting their deep ties to local, cultural, and spiritual belief systems. Encompassing works from what are today known as Mexico, Guatemala, Belize, El Salvador, and northern Honduras, the exhibition, Divine Food: Maize, Cacao, and Maguey from Precolumbian to Contemporary Art highlights the significance of these edible plants as iconographic symbols during the Precolumbian period to reflect on the broader socio-political developments in the region. In doing so, Divine Food traces the evolution of these foods’ symbolism and value through the time of the Spanish Conquest (1519-21) and the Mexican Revolution (1910-20) up through their depiction in the work of some of the region’s leading modern and contemporary artists. On view July 2, 2021 through March 26, 2022, Divine Food will draw from the Israel Museum’s encyclopedic collection to feature over 400 works, more than half of which have never before been exhibited.

“Divine Food details a fascinating cultural narrative through the universal lens of food. While the show explores the story of the Mesoamerican civilization, its thematic content will resonate with visitors across backgrounds,” said Ido Bruno, Anne and Jerome Fisher Director of the Israel Museum. “The exhibition reflects global ideas surrounding religious and national identity, the spiritual and cultural significance of what we eat, and the intersection of food and broader societal trends, while at the same time showcasing the Museum’s extraordinary collection of art and artifacts from Mexico and Central and South America.”

Divine Food considers the importance of primary crops—from maize (corn), cacao, and maguey (agave) to tomatoes, avocado, and squash—in Mesoamerican history, exploring their role beyond serving as a source of sustenance and examining their place in belief systems, mythology, and ritual. The exhibition begins with the Precolumbian era (c. 1500 BCE), when these plants were viewed as the personification of religious deities, and depictions of the Maize god and other divine figures appeared on reliefs, temples, palaces, and ritual and everyday objects. As it continues chronologically, the exhibition illustrates how these crops have been intrinsically linked with the fate and identity of the region’s people, as these divine food symbols interacted with Christian concepts introduced after the Spanish Conquest in 1519 to form a new religious identity. These icons later evolved into symbols of national identity, reflecting developments surrounding Mexican Independence in 1810 and the Mexican Revolution that ushered in a new secular socio-political movement known as the Mexican Renaissance. Divine Food reflects the powerful sway these symbols have held, and continue to hold today.

The exhibition will include ancient artworks originating from the Olmec, Maya, and Aztec cultures from the wide collection of the Museum’s Department of Art of the Americas. Selected works include Aztec royal dishes excavated from Montezuma II Palace, part of a 1967 exchange between Israel and the National Museum of Anthropology, Mexico City, as well as aristocratic Maya vessels used for drinking cacao, Quiche and Kaqchikel textiles from Guatemala, and artifacts traced to diverse Precolumbian peoples such as the Veracruz, Zapotec, Mixtec, Huastec, Colima, Jalisco, Nayarit, and Costa Rica. Also featured will be works of the Mexican colonial period, modern paintings by Diego Rivera, José Clemente Orozco, and contemporary photography by Manuel Álvarez Bravo and Flor Garduño. A highlight of the exhibition will be the life-scale reconstruction of a Mayan temple façade with original monumental masks, reliefs and statues, from the Museum’s holdings. Providing additional context to the works on display will be a series of videos explaining the rich mythology and history of the region.

“The symbolism and spiritual elements associated with domesticated plants have for millennia held deep significance for the societies located in the Mesoamerican region, and Divine Food will be comprehensive in its overview of this deep connection between these plants and the people they sustain,” said Yvonne Fleitman, Benjamin Weiss Senior Curator of Art of the Americas at The Israel Museum, Jerusalem. “The exhibition provides a unique opportunity to investigate this relationship in greater depth, and to illustrate it through the display of extraordinary works from across time.”

The exhibition is organized by Yvonne Fleitman, Benjamin Weiss Senior Curator of Art of the Americas at The Israel Museum, Jerusalem, and will be accompanied by a comprehensive, full color catalogue in Hebrew and English. The publication will include essays by Prof. Nimrod Luz.

Exhibition at The Israel Museum, Jerusalem Highlights the Sacred Meaning and Cultural Significance of the Crops of Mesoamerica Throughout History