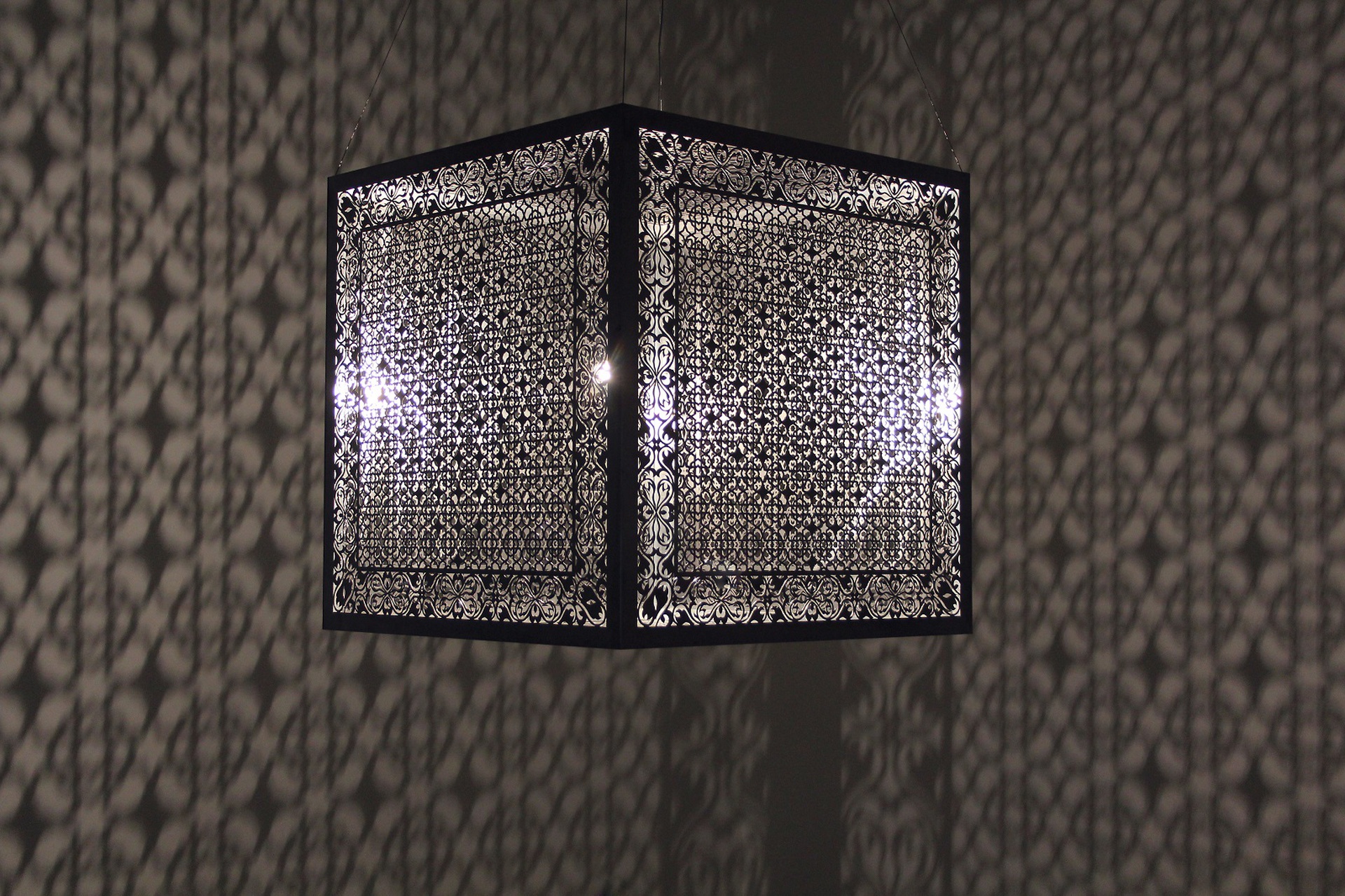 Extending the Addison Gallery of American Art’s exploration of what it means to be an American today, Convergence unites the work of four contemporary artists from around the world whose practice has been shaped by their heritage and migration to the United States. On view from January 27 through July 31, 2018, the exhibition features new and recent work by Anila Quayyum Agha, Lalla Essaydi, Yun-Fei Ji, and Edward E. Elson Artist-in-Residence Fred H. C. Liang, who draw upon techniques and histories that blend East and West, traditional and contemporary. From a site-specific installation employing ancient paper-cutting techniques to explore Chinese migration, to photo-based works that subvert 19th-century European depictions of Arab women, Convergence provides multiple viewpoints for examining the nature of artmaking and identity in today’s globalized world.

Part of a series of initiatives addressing diverse influences in American art, Convergence is accompanied by a participatory project with Sumi Ink Club. Founded by L.A.-based artists Sarah Rara and Luke Fischbeck, Sumi Ink Club invites the public to create an immersive work using age-old calligraphic and brush techniques. Dedicated to fortifying social interactions through artistic collaboration, Sumi Ink Club will lead three open drawing sessions that will result in a finished wall mural to be unveiled at the opening reception on January 26. The installation will offer insight into Mark Tobey’s use of sumi ink during the concurrent major retrospective of his work at the Addison. On view through March 11, 2018, Mark Tobey: Threading Light reappraises a vanguard figure of mid-century American modernism, whose work was deeply influenced by his travels to Asia. In addition to participating in the creation of the sumi ink installations, visitors will be able to view Tobey’s experimentations with the medium, alongside other works that demonstrate his distinct incorporation of Eastern and Western visual vocabularies.

“We are thrilled to provide a platform for such a talented group of artists, whose hybrid forms transcend national boundaries and reflect the diversity of creative voices that are shaping today’s contemporary art field,” said Judith Dolkart, the Mary Stripp and R. Crosby Kemper Director of the Addison Gallery of American Art. “As home to one of the most comprehensive American art collections, we have an incredible opportunity to engage students and the public in ways that advance the national dialogue around American identity in context of the full sweep of U.S. history represented in our holdings. We look forward to sharing these artists’ stories with our visitors, and activating our galleries with their creativity.”

Located on the campus of Phillips Academy in Andover, MA, the Addison Gallery of American Art will dedicate an entire gallery to each of the participating artists in Convergence. Installations on view will include:

Convergence is organized by Allison N. Kemmerer, Mead Curator of Photography and Curator of Art after 1950, assisted by the Addison’s professional museum staff.