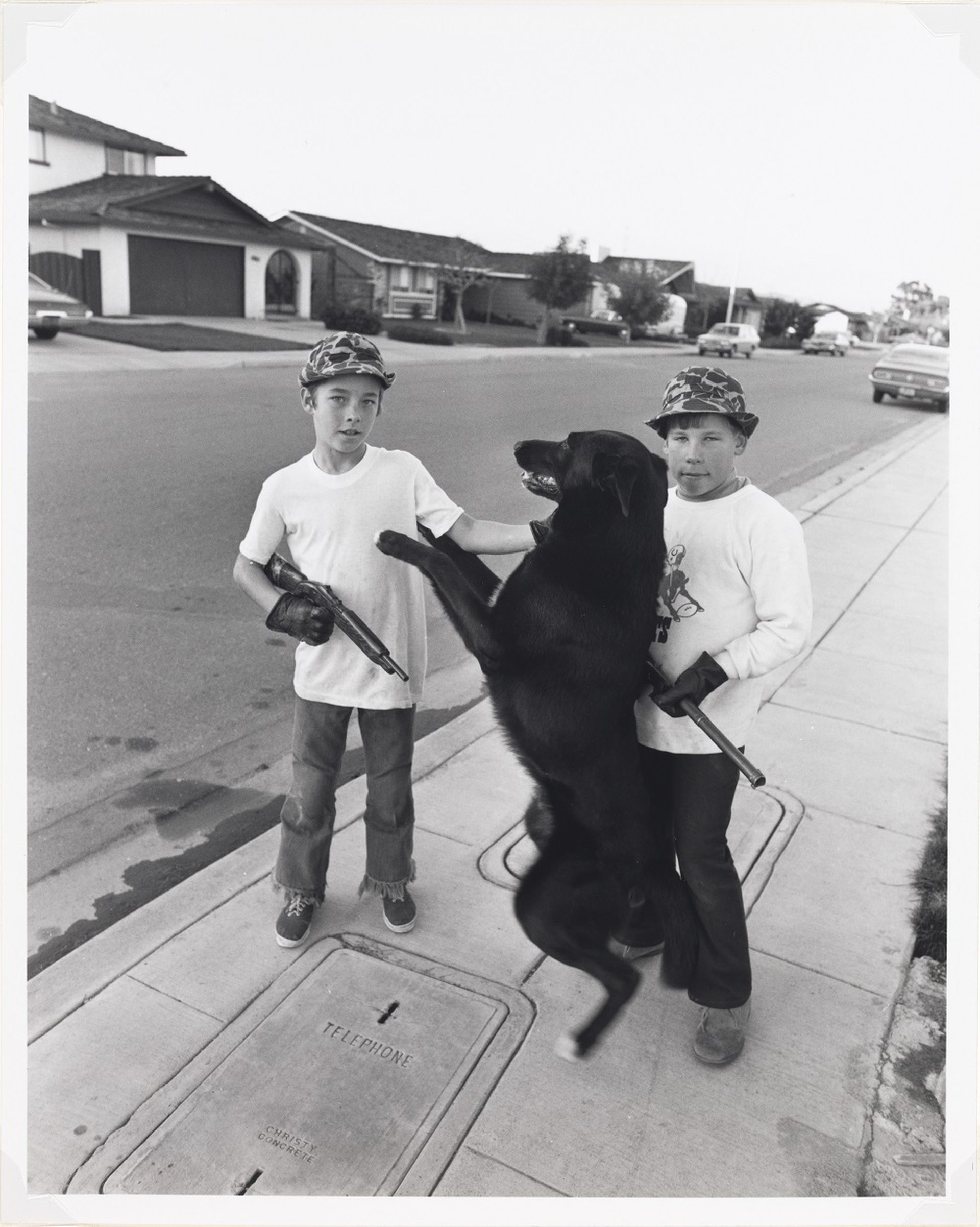 Image
Bill Owens, We like to play war. from Suburbia, 1972, gelatin silver print, 10 in. x 8 in., Addison Gallery of American Art

Shedding light on one of the most controversial issues in American society, the Addison Gallery of American Art is mounting an exhibition drawn from its collection that traces the representation of firearms in the United States from the Civil War through the present day. On view March 10 through July 31, 2018, the intimate display will examine the historical underpinnings of the nation’s distinct fixation with guns and the ubiquity of firearms in America’s cultural landscape. Spanning 155 years, Gun Country brings together more than 40 works, ranging from an albumen print by Timothy H. O’Sullivan taken during the Civil War; photographs documenting pivotal scenes of 1968, including the assassination of Bobby Kennedy; to modern and contemporary works by artists Andy Warhol, Carroll Dunham, and others.

Presented in the Museum Learning Center, the exhibition is accompanied by a sound art installation created in collaboration with Phillips Academy students. Entitled “Speaking of Guns,” the work is a culmination of months of compiling excerpts that refer to guns in contemporary music, poetry, and news headlines that were read and recorded in the classroom. Student voices will fill the gallery with words that reflect reactions to the national conversation about gun violence and gun culture.

“Because of the comprehensive nature of the Addison’s holdings, we are able to draw upon the collection as a powerful lens for examining important narratives in American history that reflect the nation’s anxieties, ambitions, and desires,” said Judith F. Dolkart, The Mary Stripp and R. Crosby Kemper Director of the Addison Gallery of American Art. “The right to bear arms has been central to the story of America since its founding with the national debate over gun control taking new turns in recent years. We look to the Addison’s holdings and the space of the Museum Learning Center as platforms for engaging students and visitors in this broader dialogue.”

“The prevalence of guns renders them simultaneously visible and invisible in our culture. Firearms have been a common fixture of American life for centuries,” said Stephanie Sparling Williams, Addison Gallery of American Art Assistant Curator and Visiting Scholar. “Gun Country reveals this duality through images that capture the peripheral and central nature of the gun in society.”

The exhibition is a companion to Photographers Among Us: Highlights from the Collection, opening at the Addison on April 7, 2018. The exhibition will bring together Addison’s rich holdings of prints and photography to demonstrate the role of the citizen-artist in illuminating domestic and world events.

Gun Country is organized by the Addison Gallery of American Art and curated by Stephanie Sparling Williams, Assistant Curator and Visiting Scholar.

Devoted exclusively to American art, the Addison, which opened in 1931, holds one of the most important collections of American art in the country. Its holdings include more than 17,500 works by prominent artists such as John Singleton Copley, Thomas Eakins, Winslow Homer, George Bellows, Georgia O’Keeffe, Jackson Pollock, Lorna Simpson, Kara Walker, and Mark Bradford, as well as photographers Eadweard Muybridge, Walker Evans, Robert Frank, Cindy Sherman, Dawoud Bey, and many more. The Addison Gallery, located in a stand-alone building on the campus of Phillips Academy, a residential school of grades nine through 12 in Andover, Massachusetts, offers a continually rotating series of exhibitions and programs, all of which are free and open to the public. Phillips Academy welcomes visitors to its beautiful, walkable campus year-round.