Western scholars and artists converged on the tropical island of Bali, Indonesia, in the ﬁrst half of the twentieth century, attracted by its unique culture and vibrant artistic practices.

Fabricating Power with Balinese Textiles, a Bard Graduate Center Focus Project, on view from February 23 through July 8, 2018, considers the making and use of textiles as ceremonial objects that operate within a unique Balinese Hindu cosmology and explores the role of textiles as symbols of cultural resilience and continuity. 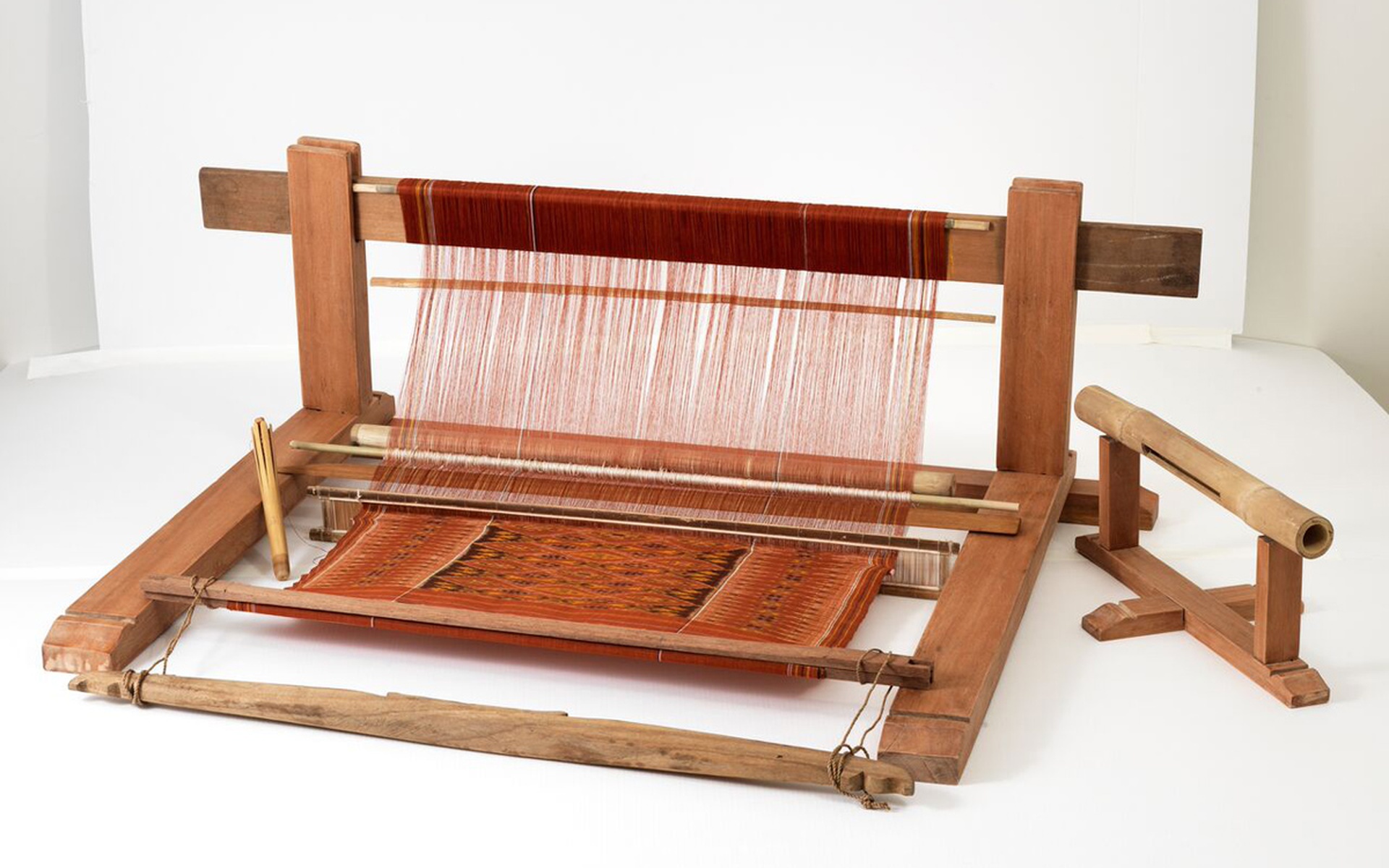 Western scholars and artists converged on the tropical island of Bali, Indonesia, in the ﬁrst half of the twentieth century, attracted by its unique culture and vibrant artistic practices.

Fabricating Power with Balinese Textiles, a Bard Graduate Center Focus Project, on view from February 23 through July 8, 2018, considers the making and use of textiles as ceremonial objects that operate within a unique Balinese Hindu cosmology and explores the role of textiles as symbols of cultural resilience and continuity.

Displayed will be exquisite and rare pieces assembled from collections in the United States, including examples from the American Museum of Natural History that were collected by anthropologists Margaret Mead and Gregory Bateson during their ﬁeldwork in Bali. These textiles, which derive their aesthetic and ritual powers from techniques of fabrication and use in various life cycle ceremonies, also serve as records of an important period in Balinese history.

In the 1930s, a group of Western expatriates, including Margaret Mead (1901–1978) and Gregory Bateson (1904–1980) converged on Bali to document artistic practices and ceremonies, motivated by the concern that these would soon be lost to Western inﬂuence and modernity. Assisted by their polyglot Balinese secretary I Made Kaler, the anthropologists conducted research in Bali between 1936 and 1938 on the aesthetics of actions, including everyday gestures, dances, and rituals such as trance. Bali is the only predominantly Hindu island in the Indonesian archipelago. Situated along ancient sea trade routes that connected India and China, Bali adapted diverse inﬂuences over the centuries to create a unique culture.

The seminal research by Mead and Bateson on Balinese culture made extensive use of photography and ﬁlm and was later published as Balinese Character: A Photographic Analysis, a pioneering work of visual anthropology. Although textiles were not a focus of their research, their ﬁeld notes describe the use of cloth in various ceremonies and indicate that weaving was an ongoing activity that was highly ritualized. Some of the textiles and objects they collected are housed at the American Museum of Natural History and are on loan for this exhibition.

Organized in three sections—Beliefs, Offerings, and Life Ceremonies— Fabricating Power with Balinese Textiles offers insights into weaving traditions, aesthetics, and ritual practices and encourages visitors to consider the powerful role of textiles as documented in the 1930s and as made and used today.

To fully understand the centrality of weaving in Balinese culture, one must pay attention to both materials and techniques, as well as to the beliefs of the makers. The spiritual value that the Balinese place on cloth reinforces the importance of weaving as an act that generates power. The selection of materials, technique, and design are all related to Balinese Hindu and Animist practices. Some fabrics are even believed to have magical powers that mediate invisible forces. Weavers and dyers not only rely on their skill, which incorporates cosmological ideas of tying and binding from South East Asian beliefs and Balinese Hindu conceptions of the world, but they also invoke the aid of higher invisible powers in the process of creation. Weavers make daily offerings and worship such deities as Dewi Ratih, the lunar goddess, who is believed to have given the knowledge of weaving to humanity.

Offerings of various types are presented to the gods at birth and development rites, at death and deification rites, and as supplication to demons. Indeed, most cultural practices in Bali may be considered an offering of some kind. Wrapped in fabric, the Balinese are themselves inserted into the ritual context. Containing the body of the wearer, textiles become a second skin and shape the form and appearance of the ritual participant. In a ceremonial context, the striking wrappers worn by the Balinese enchant others as attractive temple hangings invite the gods into the human realm. As ritually powerful textiles and paraphernalia are used in religious ceremonies, they become animated and can be considered ceremonial participants.

Textiles help demarcate time and space, accentuate the ritual calendar, and aid the passage of an individual through various life stages. Infancy, youth, and death are rituals that involve the entire community, and complex beliefs shape the use of textiles in life ceremonies, culminating in the transformation of the human soul into an ancestral spirit. Although there are variations in the opulence of the celebrations, fabrics manifest their power at these events as intimacy, protection, and continuity, and they also act as symbols of cosmological unity and human kinship.

Fabricating Power with Balinese Textiles is curated by Urmila Mohan, Bard Graduate Center/American Museum of Natural History Postdoctoral Fellow in Museum Anthropology. The accompanying book, which will be available in the Gallery and the Store, reveals how the “power” of Balinese textiles depends upon the efﬁcacies attributed to these objects as they journey from fabrication and ritual use in their native context to curation and display in the West.

Focus Projects are part of an innovative program organized and led by faculty members or postdoctoral fellows through seminars and workshops that culminate in small-scale, academically rigorous exhibitions and publications. Students, assisted by the Center’s professional staff of curators, designers, and media specialists, are closely involved from genesis through execution and contribute to each project’s form and content. The Focus Project promotes experimentation in display, interpretation, and the use of digital media, reflecting the Center’s commitment to exhibitions as integral to scholarly activity.

The Gallery organizes pioneering exhibitions on decorative arts, design history, and material culture with leading scholars, curators, and institutions worldwide. We provide opportunities for faculty and students to gain experience in exhibition making. Our projects and publications break down traditional barriers between academic and curatorial forms of inquiry.