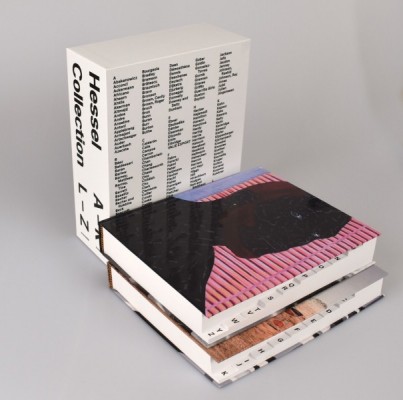 Published by the Center for Curatorial Studies, Bard College (CCS Bard) on the occasion of its 30th anniversary season, The Marieluise Hessel Collection: Volumes I & II tells the complex story of the development of this wide-ranging collection, built by Marieluise Hessel over more than 50 years of contemporaneous collecting from artists and galleries. Marking the first comprehensive catalogue to document the collection in its entirety, the two-volume publication considers the impact of Hessel’s original decision to dedicate these holdings to Bard in the early 1990s to create a new type of graduate arts program focused exclusively on curatorial studies. Through contributions by more than 50 leading curators, critics, and CCS Bard alum, the catalogue explores the collection’s reverberating impact on the curatorial field.

Comprising nearly 2,000 paintings, photographs, works on paper, sculptures, single-channel video, and multi-media installations from the 1960s to the present day, the Hessel Collection is considered to be among the leading contemporary art holdings on a university campus. International in scope, the collection is distinguished by its dedication to artists who explore conditions of race, gender, class, culture, and society through their practice. It has consistently pursued strong representation of works by women artists and over the past decade has focused on increasing representation of African American artists, African artists, and artists of the African Diaspora. The growing collection features notable representations from the foremost movements in contemporary art, such as Minimalism, Arte Povera, Transavantgarde, Neo-Expressionism, Pattern and Decoration, The Hairy Who and Chicago Imagists, Post-Minimalist, and New Media.

A full outline of original essays written by CCS Bard graduates and additional texts included in The Marieluise Hessel Collection: Volumes I & II follows below: