The Dallas Museum of Art (DMA) will present the first major solo museum exhibition of work by American painter Jonas Wood. Bringing together 33 works across 13 years of Wood’s career, the exhibition Jonas Wood traces the artist’s fascination with psychology, memory, and the self to shed light on a practice that is both deeply personal and universal. It will be on view exclusively at the DMA from March 24, 2019 through July 14, 2019. 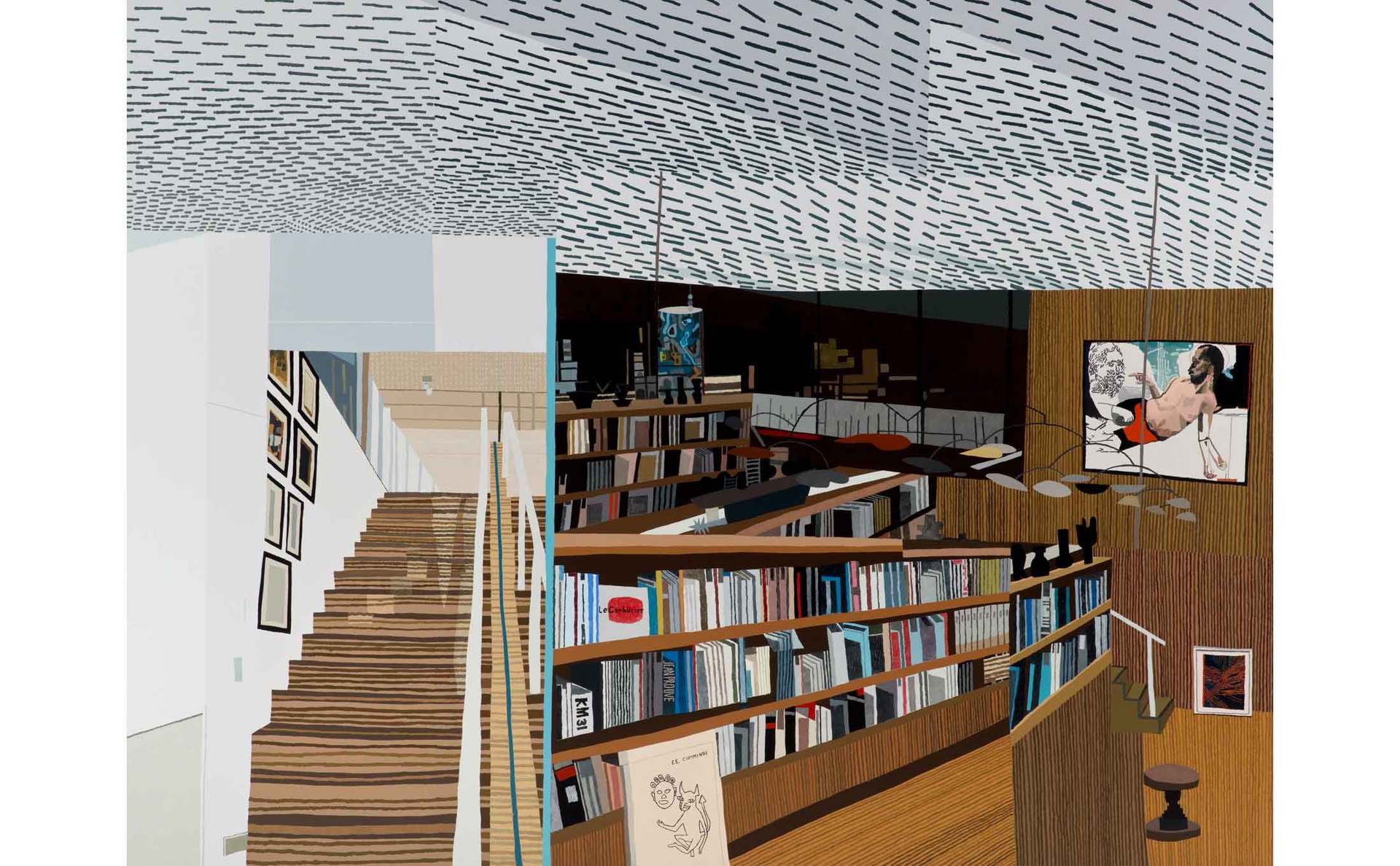 The Dallas Museum of Art (DMA) will present the first major solo museum exhibition of work by American painter Jonas Wood. Bringing together 33 works across 13 years of Wood’s career, the exhibition Jonas Wood traces the artist’s fascination with psychology, memory, and the self to shed light on a practice that is both deeply personal and universal. It will be on view exclusively at the DMA from March 24, 2019 through July 14, 2019.

“As a platform for creative expression, the DMA is always seeking to engage audiences with the most influential and exciting artists of our time,” said the DMA’s Eugene McDermott Director Dr. Agustín Arteaga. “Jonas Wood is certainly an artist whose work deserves deeper exploration and resonates with a wide audience. We are proud to provide this museum setting for a solo exhibition that further reveals his incredible skill, powers of observation, and distinct perspective on contemporary life.”

Known for his colorful and compressed depictions of the people, places, and things that populate his daily life, Los Angeles-based painter Jonas Wood (b. 1977, Boston) creates works that bear clear traces of his biography in both form and content. Wood’s grandfather was an amateur painter whose personal collection of art included works by notable modernists such as Alexander Calder, Robert Motherwell, and Helen Frankenthaler. These artists, in addition to other modern masters ranging from Henri Matisse to David Hockney, have inspired Wood’s signature use of playful geometries, bold colors, and a distinct graphic style. Wood’s family members are recurrent characters in his paintings, as are the ceramics produced by his wife, artist Shio Kusaka, stressing the importance of familial dynamics in shaping identity, a notion central to his approach.

While the artist’s works are often based on intense real-life observation, the worlds they depict are ultimately fictive, subjected to a process of manipulation through preparatory photo collages. Through this process, the places and things that the artist depicts become personifications, and the intimate becomes public—an intertwining of fact, fiction, and deeper meaning that has intensified in the digital age.

Often featuring reflections and images culled from photographs, Wood’s work questions the relationship between reality and illusion in a world saturated with images. Examples included in the exhibition:

“Jonas Wood makes us reconsider the everyday. At once autobiographical and widely relevant, representational and abstract, his innovative approach to form provides a wealth of meaning that resonates with contemporary audiences who have been primed by digital culture,” said Dr. Brodbeck.

Jonas Wood is organized by the Dallas Museum of Art. The presentation is made possible by the TWO x TWO for AIDS and Art Fund, the DMA Contemporary Art Initiative, and the Gay and Lesbian Fund for Dallas. The Dallas Museum of Art is supported, in part, by the generosity of DMA Members and donors, the citizens of Dallas through the City of Dallas Office of Cultural Affairs, and the Texas Commission on the Arts. Jonas Wood will require a special exhibition ticket. Tickets are $16; DMA Members are free.

Jonas Wood will be accompanied by a catalogue published by the DMA and distributed by Yale University Press, which will be the first book to consider Wood’s work in a scholarly, art historical context in depth. The publication will feature approximately 60 full-color illustrations of the artist’s works. Essays by Ken Allan and organizing curator Anna Katherine Brodbeck and an interview with the artist by Hans Ulrich Obrist explore the major themes of the exhibition and situate Wood within a lineage of artists who similarly embraced quotidian imagery and pictorial flatness to tell deeper stories, such as David Hockney, Henri Matisse, and Philip Guston.