Helen Frankenthaler Late Works, 1990–2003 Reveals the Innovation and Creativity that Persisted Throughout the Artist’s Six-Decade Career 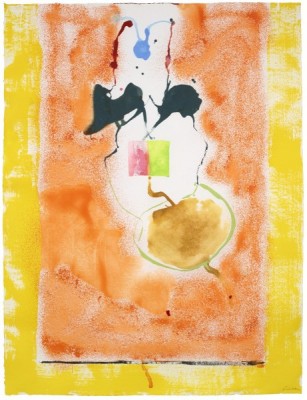 Helen Frankenthaler Late Works, 1990–2003 Reveals the Innovation and Creativity that Persisted Throughout the Artist’s Six-Decade Career

Curated by Douglas Dreishpoon, Director of the Helen Frankenthaler Catalogue Raisonné, and accompanied by a multi-authored publication with Radius Books, the exhibition will be on view at the New Britain Museum of American Art from February 12 through May 23, 2021, before traveling to the Weatherspoon Art Museum in Greensboro, North Carolina (June 12—August 29, 2021), and finally to the Palm Springs Art Museum in California (Fall 2021/Winter 2022).

Recognized as one of the great American artists of the 20th century and best known for her invention of the soak-stain technique, the painter was a fearless experimenter, particularly when it came to new materials and processes. In the later stages of her life, she deployed many of the same media and instruments that had been her longtime staples: charcoal, crayon, pastel, pen, and ink, as well as acrylic paint thinned out and applied with brushes, sponges, and an array of hardware utensils (windshield wipers, basters, and scrapers). Having always painted canvases directly on the studio floor, she started using larger sheets of paper—some measuring over 6 feet—likewise laid out on the floor or on table tops for easier accessibility.

“The continuity between the late work and what came before, in content and execution, is striking: compositions that vary from dense and somber to airy and buoyant; favored figures rendered in fresh contexts; and the curious commingling of amorphic and geometric configurations distinguish Frankenthaler’s poetic abstractions,” said Douglas Dreishpoon, Director of the Helen Frankenthaler Catalogue Raisonné and exhibition curator. “Graced with an expansive art-historical image bank and technical prowess, the seventy-something-year-old painter moved in whatever direction suited her mood and imagination.”

”We are honored to collaborate with the Helen Frankenthaler Foundation on the presentation of Helen Frankenthaler Late Works, 1990-2003 at the New Britain Museum of American Art,” said Min Jung Kim, Director and CEO of the New Britain Museum of American Art. “The exhibition celebrates the indelible legacy of one of the most visionary and innovative artists of the 20th century, and marks a significant highlight in our 2020/20+ Women@NBMAA initiative devoted exclusively to female-identifying artists. Moreover, as a Connecticut-based Museum, we are particularly excited to showcase this extensive body of work, created by Frankenthaler following her move to this state.”

Select works featured in the exhibition include:

The accompanying publication is due to be published in fall 2021/winter 2022, aligned with the exhibition’s opening at the Palm Springs Art Museum, where the presentation will also be augmented with a selection of late canvases.

Helen Frankenthaler (1928–2011) is recognized among the most important American abstract painters of the 20th century, widely credited for her pivotal role in the transition from Abstract Expressionism to Color Field painting. Best known for her invention of the soak-stain technique, Frankenthaler experimented tirelessly throughout her six-decade-long career, producing a large body of work in painting, prints, works on paper, and other mediums, whose impact on contemporary art has been profound and continues to grow.

Frankenthaler had her first solo exhibition at New York’s Tibor de Nagy Gallery in 1951—the same year she was featured in the landmark exhibition 9th St. Exhibition of Paintings and Sculpture. Her distinguished career includes numerous monographic museum exhibitions at: the Jewish Museum in New York (1960); Whitney Museum of American Art (1969), which toured in Europe; Solomon R. Guggenheim Museum (a works on paper retrospective in 1985); and the Modern Art Museum of Fort Worth (1989), which had an extensive tour in the United States. Additional notable exhibitions at the National Gallery of Art, Washington, D.C. (1993) and the Museum of Contemporary Art, North Miami, FL (2003) featured her print editions and paintings on paper. She also maintained a consistent presence in major international exhibitions, including representing the United States in the 33rd Venice Biennale in 1966.

Frankenthaler also received numerous awards and accolades during her lifetime, including the National Medal of Arts in 2001. Her work is held in the collections of major museums worldwide and continues to be exhibited widely, most recently at the Metropolitan Museum of Art; Whitney Museum of American Art; National Gallery of Art, DC; and Tate Modern.

Douglas Dreishpoon is currently Director of the Catalogue Raisonné project at the Helen Frankenthaler Foundation in New York City, and Chief Curator Emeritus at the Albright-Knox Art Gallery. His writing has been published in numerous catalogues, magazines, and journals. Recent publications include ROBERT MANGOLD: Beyond the Line | Paintings and Project 2000–2008 (Abrams, 2009); The Long Curve: 150 Years of Visionary Collecting at the Albright-Knox Art Gallery (Skira, 2011); Giving Up One’s Mark: Helen Frankenthaler in the 1960s and 1970s (Albright-Knox Art Gallery, 2014); Nothing and Everything: Seven Artists, 1947–1962 (Hauser & Wirth, 2017), and What is Modern Sculpture? (University of California Press, forthcoming). He holds a PhD from the Graduate Center of the City University of New York.

About the Helen Frankenthaler Foundation:

Established and endowed by Helen Frankenthaler during her lifetime, the Helen Frankenthaler Foundation advances the artist’s legacy and inspires a new generation of practitioners through a range of philanthropic, educational, and research initiatives. Since becoming active in 2013, the Foundation has continued to strategically expand its program, which includes organizing and supporting significant exhibitions of the artist’s work, fostering new research and publications, and advancing educational initiatives in partnership with arts organizations around the world. As a primary resource on the artist, and a steward of her collection and archive, the Foundation holds an extensive selection of Frankenthaler’s work in a variety of mediums, her collection of works by other artists, and original papers and materials pertaining to her life and work.

About the New Britain Museum of American Art:

The New Britain Museum of American Art is the first institution dedicated to solely to acquiring American art. Spanning four centuries of American history, the Museum’s permanent collection is renowned for its strengths in colonial portraiture, the Hudson River School, American Impressionism, the Ash Can School, as well as the important mural series The Arts of Life in America by Thomas Hart Benton. The singular focus on American art and its panoramic view of American artistic achievement, realized through the Museum’s extensive permanent collection, exhibitions, and educational programming, make the New Britain Museum of American Art a significant resource for a broad and diverse public. 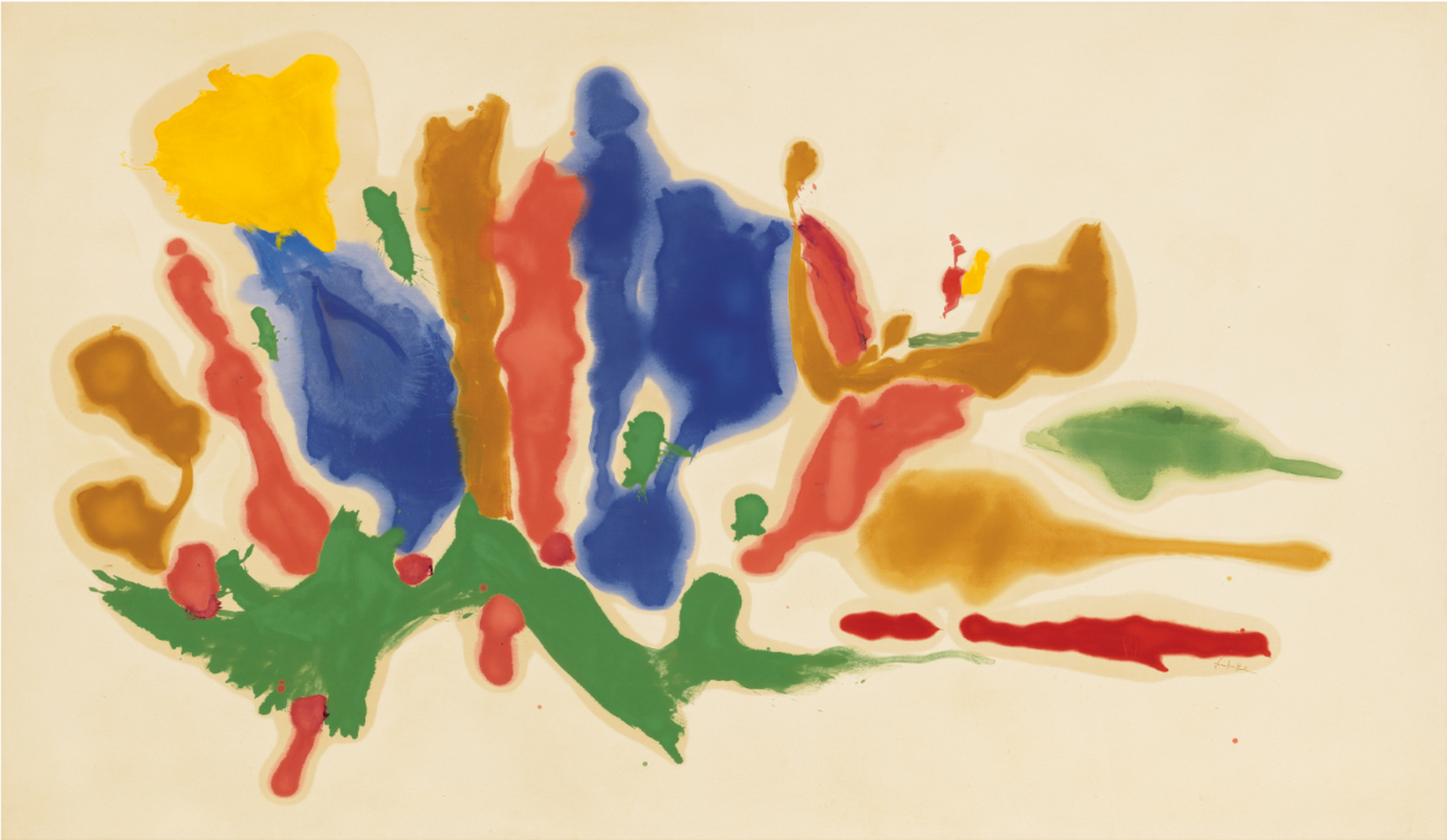