The Dallas Museum of Art will present the first ever solo museum exhibition of works by Ida Ten Eyck O’Keeffe and the most comprehensive survey of the artist’s work to date. 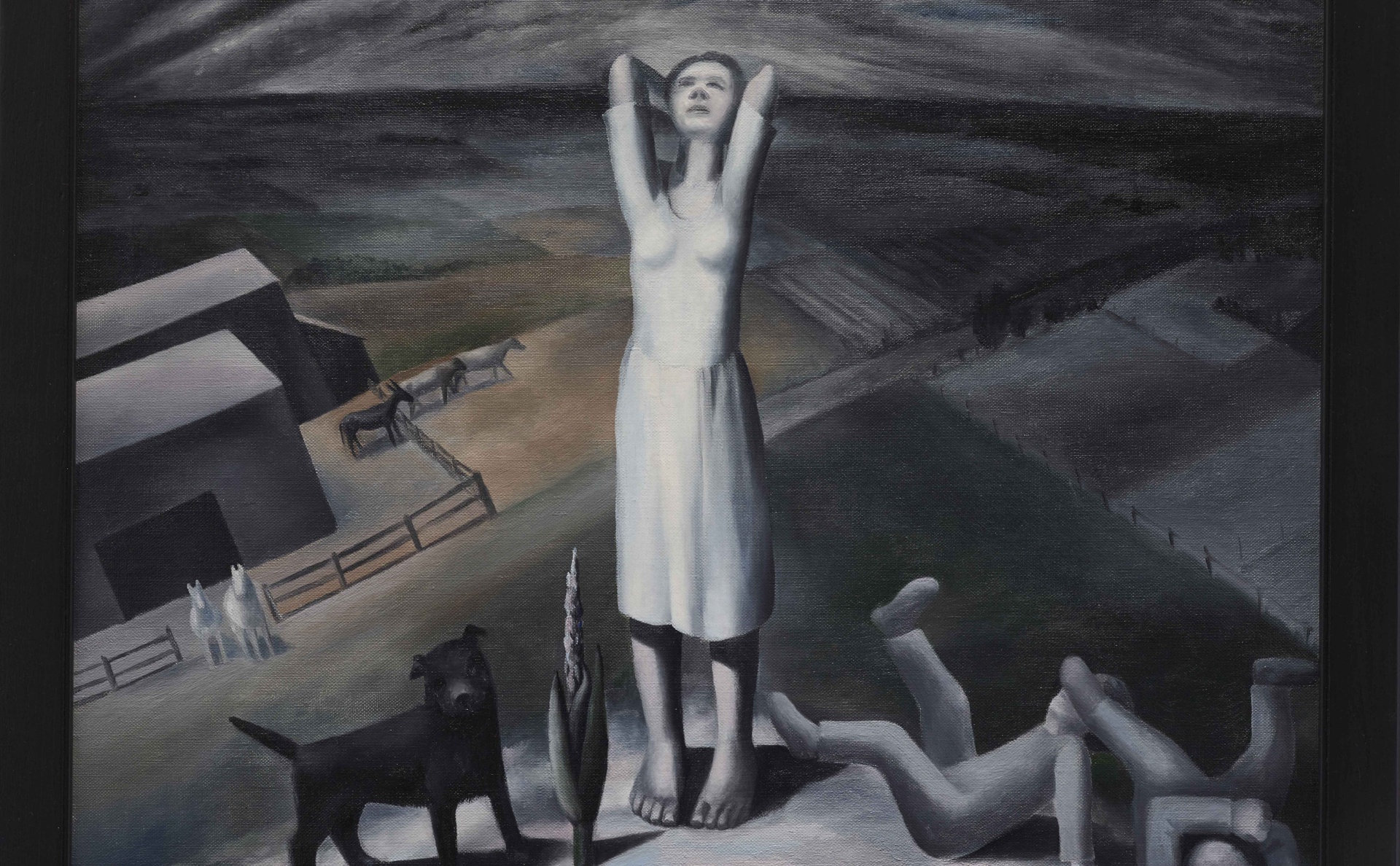 The Dallas Museum of Art will present the first ever solo museum exhibition of works by Ida Ten Eyck O’Keeffe and the most comprehensive survey of the artist’s work to date.

Ida O’Keeffe: Escaping Georgia’s Shadow brings together more than 40 paintings, watercolors, prints, and drawings for the first time, including six of the artist’s seven lighthouse paintings, whose previously unknown locations were revealed during exhibition research and which have not been exhibited together since 1955. The exhibition explores Ida’s mastery of color and composition, which caught the eye of critics, as well as her complex relationship with her well-known sister Georgia O’Keeffe and the effect it had on Ida’s life and professional aspirations.

Opening November 18 with generous support from The Kaleta A. Doolin Foundation, the DMA-organized exhibition will also include 1920s photographs of Ida O’Keeffe by Alfred Stieglitz, Georgia’s husband and an original short film focusing on her life. It is the first venue of a national tour and will be on view in Dallas through February 24, 2019.

“The DMA has a strong history of collecting, presenting, and contributing to scholarship on American art, and this exhibition offers visitors the opportunity to discover a new facet of this history through Ida O’Keeffe’s fascinating works of art,” said the DMA’s Eugene McDermott Director Agustín Arteaga. “We are especially pleased to share with our audiences many works that have never been seen, most of which our incredible curatorial team uncovered through years of rigorous research and a commitment to providing new insight on this under-recognized artist.”

Ida Ten Eyck O’Keeffe (1889–1961) was a professionally trained artist who graduated with an MFA from Columbia in 1932. Her small triumphs as an artist became a source of competitive tension between Ida and her acclaimed sibling Georgia, who eventually withheld support of her younger sister’s professional ambitions. Unlike Georgia, who had the early support and promotional expertise of her husband, Alfred Stieglitz, Ida struggled to keep one foot in the art world of New York while teaching on short-term contracts at various colleges along the Eastern seaboard, the South, and the Midwest during the Great Depression of the 1930s.

Organized chronologically, Ida O’Keeffe: Escaping Georgia’s Shadow begins with O’Keeffe’s paintings of the late 1920s and early 30s, which appeared in her first exhibitions in gallery shows in Wisconsin and New York. Her MFA studies brought a new sophistication to her work, most notably showcased through six of the seven documented lighthouse paintings she created and exhibited in 1933. To produce these abstracted representations, O’Keeffe relied on “dynamic symmetry,” a compositional concept that linked art and mathematics.

By the late 1930s, O’Keeffe’s work took another great shift toward a regionalist look that, although more subdued and lyrical, is also undergirded by the same structural principles from earlier in the decade. Throughout, Ida was also a printmaker who used an electric iron as her printing press to make her monotypes. The exhibition will include a selection of several monotypes by the artist, as well as etchings and drypoints. The exhibition also features the painting Star Gazing in Texas (1938), a work that was acquired by the DMA in late 2017. In this work, created during her year of teaching in San Antonio, Texas, Ida wittily achieved a magical melding of subject and frame in which a young woman bathed in moonlight contemplates the stars in the heavens that appear, not in the painting, but on the upper molding of the frame. This work highlights how Ida’s peripatetic existence provided her with exposure to new environments and subject matter, serving as inspiration for many works.

Offering additional context for O’Keeffe’s practice, the exhibition will feature ten photographs of her by Alfred Stieglitz. Created during a period when the sisters were still close, drawings and photographs display the enjoyment they took in each other’s company prior to their estrangement in the early 1930s. Some of Stieglitz’s images reveal his fascination with Ida, and his suggestive inscriptions on their reverse indicate that he would have welcomed a relationship of a more intimate nature.

“When one sees the caliber of many of Ida O’Keeffe’s works, it seems incredible that she has remained relatively unknown—especially given the fame of her sister, Georgia,” said Sue Canterbury, organizing curator of the exhibition and The Pauline Gill Sullivan Associate Curator of American Art at the DMA.

“Ida is fascinating not only because of the dynamics within her famous artistic family but also for the distinct and experimental approach of her work, which reflects a range of contemporary influences, such as American Modernism, Regionalism, and abstraction.”

The Museum will celebrate Ida O’Keeffe: Escaping Georgia’s Shadow during Late Night on Friday, November 16, from 6:00 p.m. until midnight with an evening of programs inspired by the exhibition, including a talk by DMA curator Sue Canterbury on the exhibition. On February 2, the DMA will present a half day of talks by experts exploring the lives and careers of Ida and Georgia O’Keeffe and opportunities open to women during their time and why so many artists are overlooked. Additional programs, including gallery talks, lectures, films, and programming for families, teens, and teachers will be scheduled throughout the run of the exhibition. For dates, prices, and details, visit DMA.org.

Ida O’Keeffe: Escaping Georgia’s Shadow is organized by the Dallas Museum of Art and curated by Sue Canterbury, The Pauline Gill Sullivan Associate Curator of American Art at the Dallas Museum of Art. It is accompanied by a fully illustrated catalogue, which will be the first publication devoted to exploring the life and work of this artist. The exhibition tour includes the Clark Art Institute, Williamstown, MA. (July 6 – October 6, 2019). Generous support for the exhibition and catalogue is provided by The Kaleta A. Doolin Foundation. The Kaleta A. Doolin Foundation is dedicated to being a resource and strategic partner for social change, focusing on advancing equity for women and girls, and encouraging cultural diversity and representation in the arts.